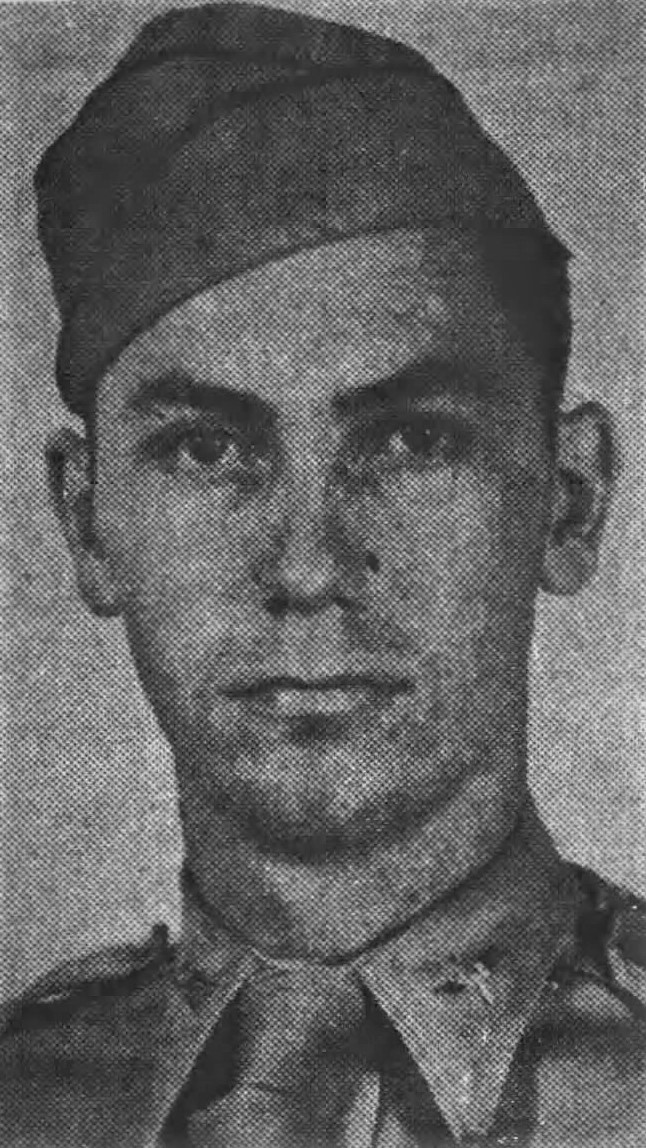 David Otis Schoocraft was the son of Charles and Birdie Schoocraft. He was a former student at the University of Chattanooga, where he was a member of Delta Chi Fraternity.

MIA WWII, Italy. Was a Second Lieutenant in the US Army Air Corps. 376th Bomber Group Army Air Force AAF. He was killed while on a bombing mission over Italy. His body was never recovered, but a memorial marker was placed in his honor at the Chattanooga National Cemetery. He is also memorialized at the Sicily-Rome American Cemetery, Nettuno, Italy.

Statement from T/Sgt Edward A. Lis, 513th Bombardment Squadron, 376th Bombardment Group:
About five minutes after we left the coast of Italy I noticed seven enemy pursuit planes above us and to our right. Five of these fighters peeled off and each one attacked ship number 56 which was flying on our right wing. After the first attack, plane 56 glided to our left and then back to our right and it was evident that it was in trouble. When it glided back to our right I noticed four men to bail out and their parachutes open. The plane continued in the glide until it struck the water. 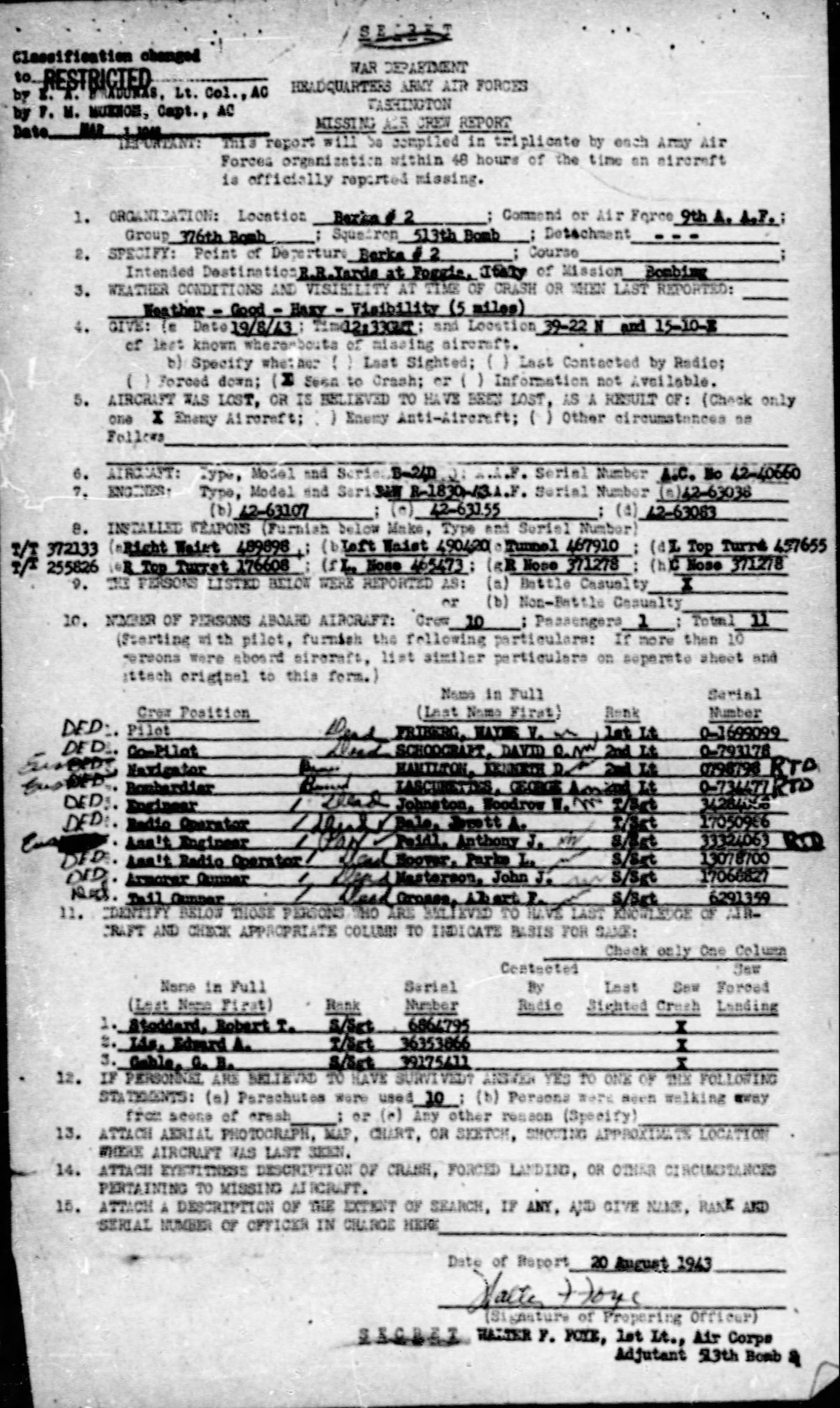 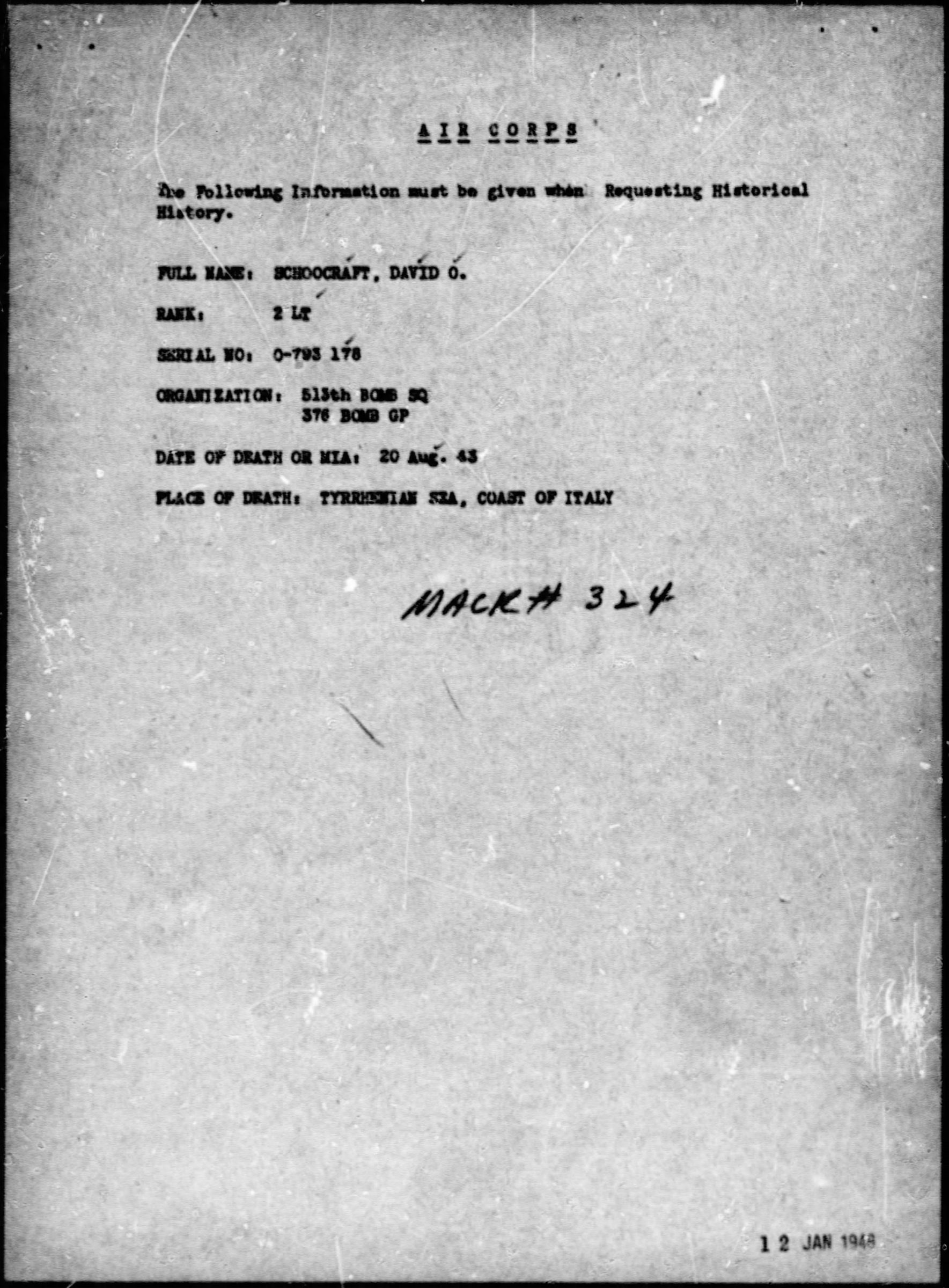 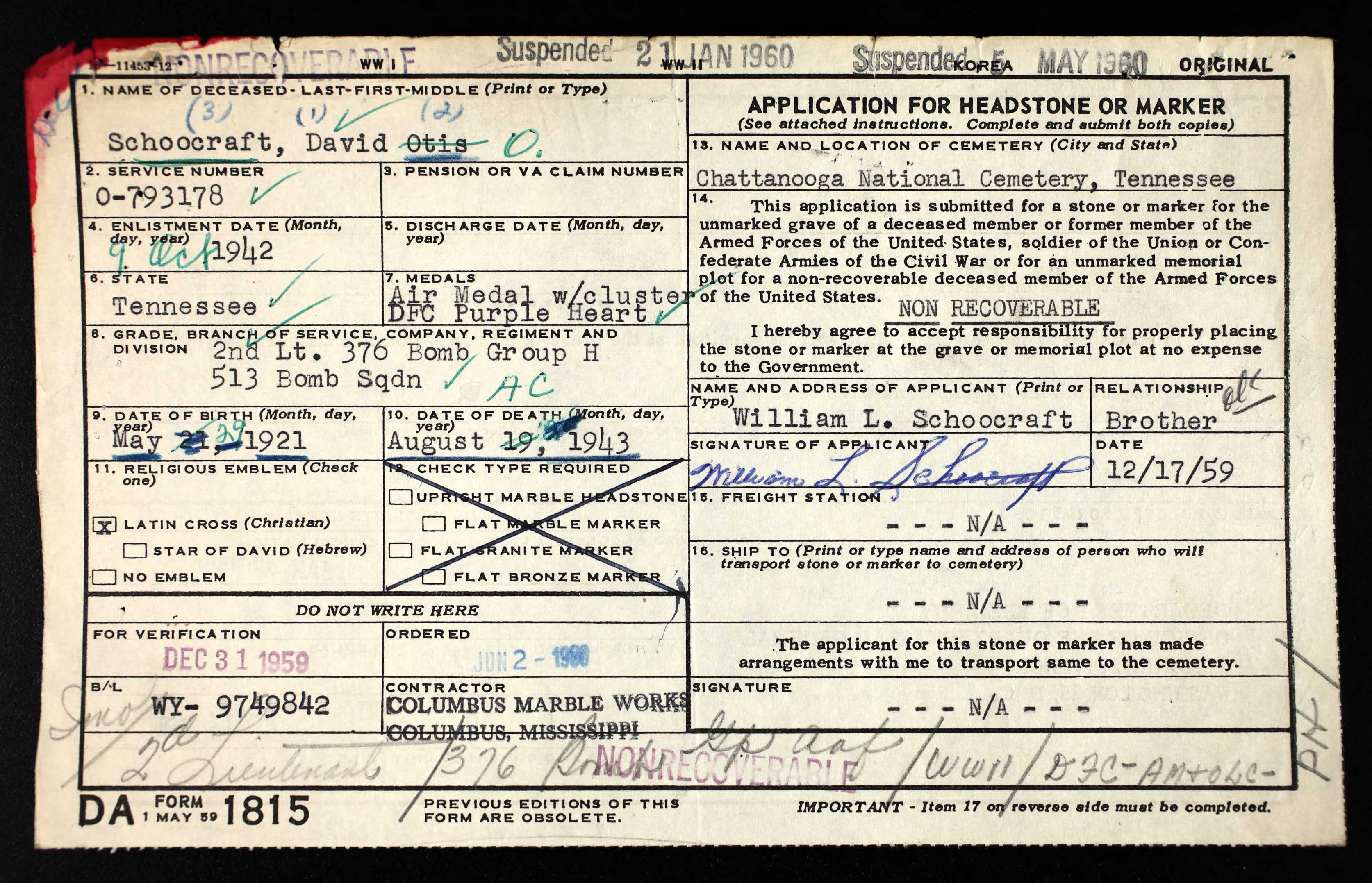