David ‘Dave’ Montgomery Gourley was the son of Charles M. Gourley and Ebbie Dolly Smith Gourley of Blount County, TN. He was born in 1893 in Rasar, Tennessee. He died of pneumonia 4 October 1918 at Brest in France and was initially buried at Lambelle in France. He is buried at Arlington National Cemetery, Arlington, VA. He is also memorialized at Vis-en-Artois British Cemetery, Haucourt, Département du Pas-de-Calais, Nord-Pas-de-Calais, France

Excerpt from the Happy Valley Missionary Baptist Church History:
“The story is told that the group met at Richwood one Sunday during World War I, when three young men, David Gourley, Leonard Marine, and Murray Boring, were to leave the following day for service. The closing song, from page 44 of the 1915 edition of Christian Helper Song Book, was ‘As We Speak Our Last Adieu’. Dave and Leonard never returned. Murray returned to reside in Maryville.” 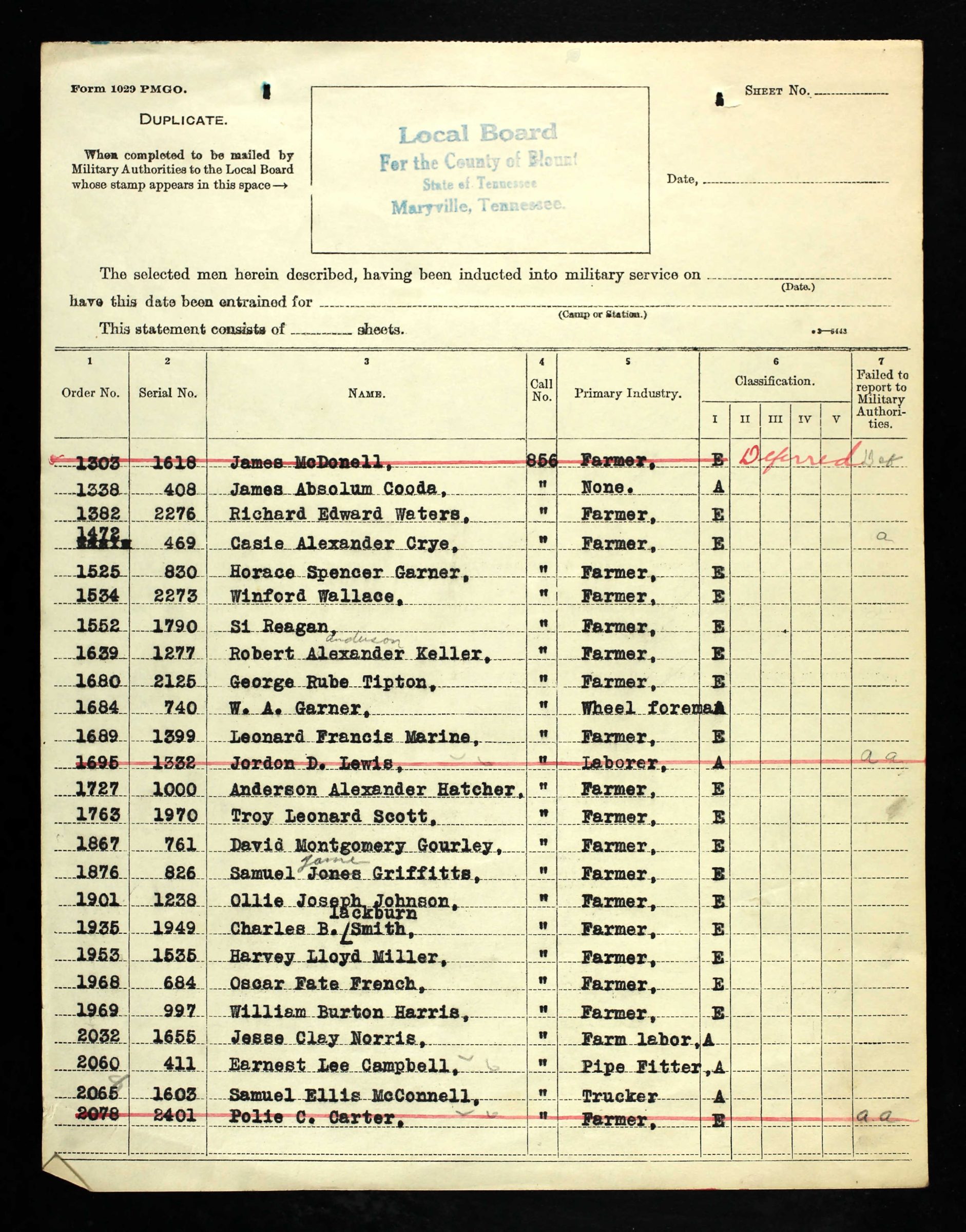 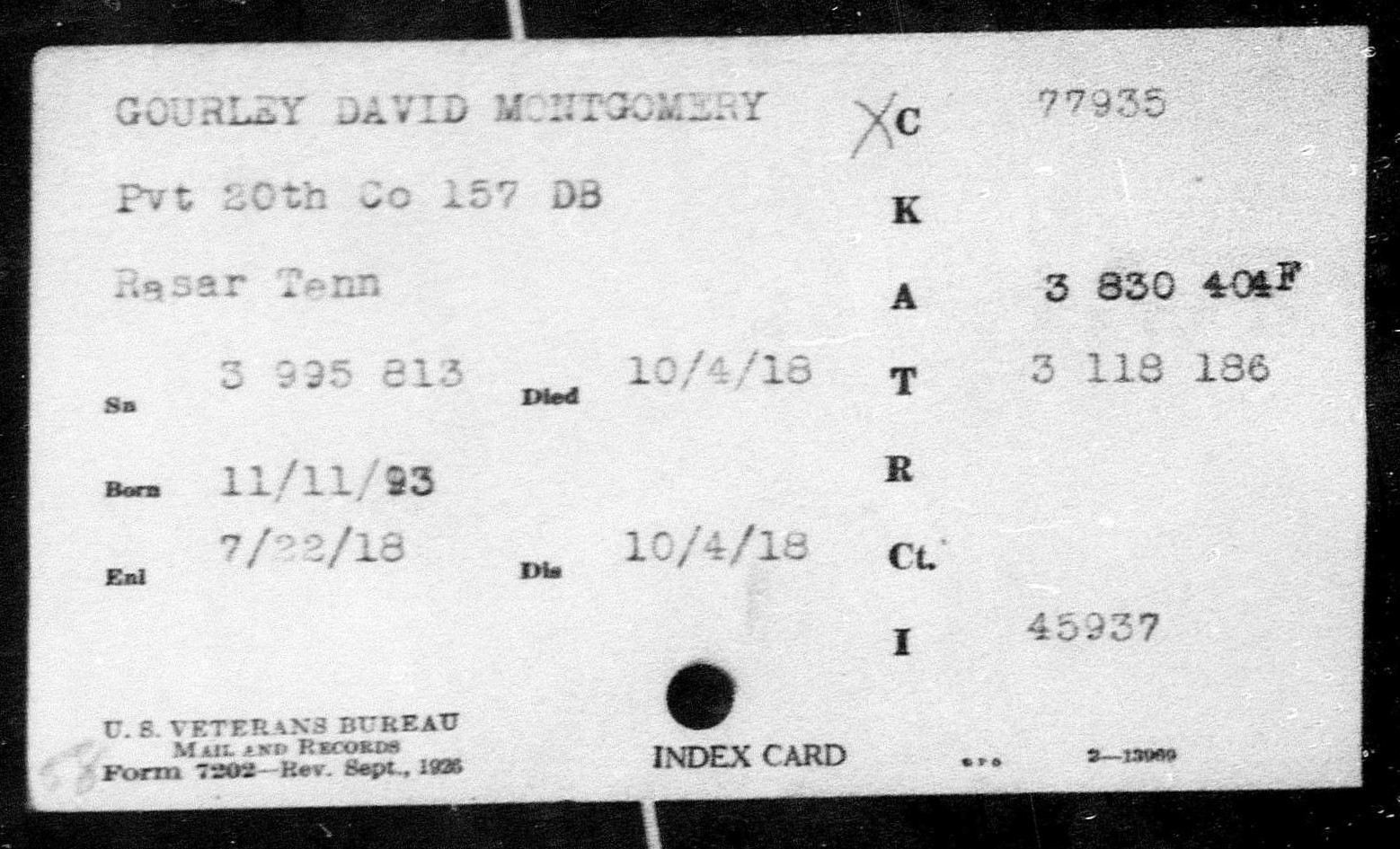 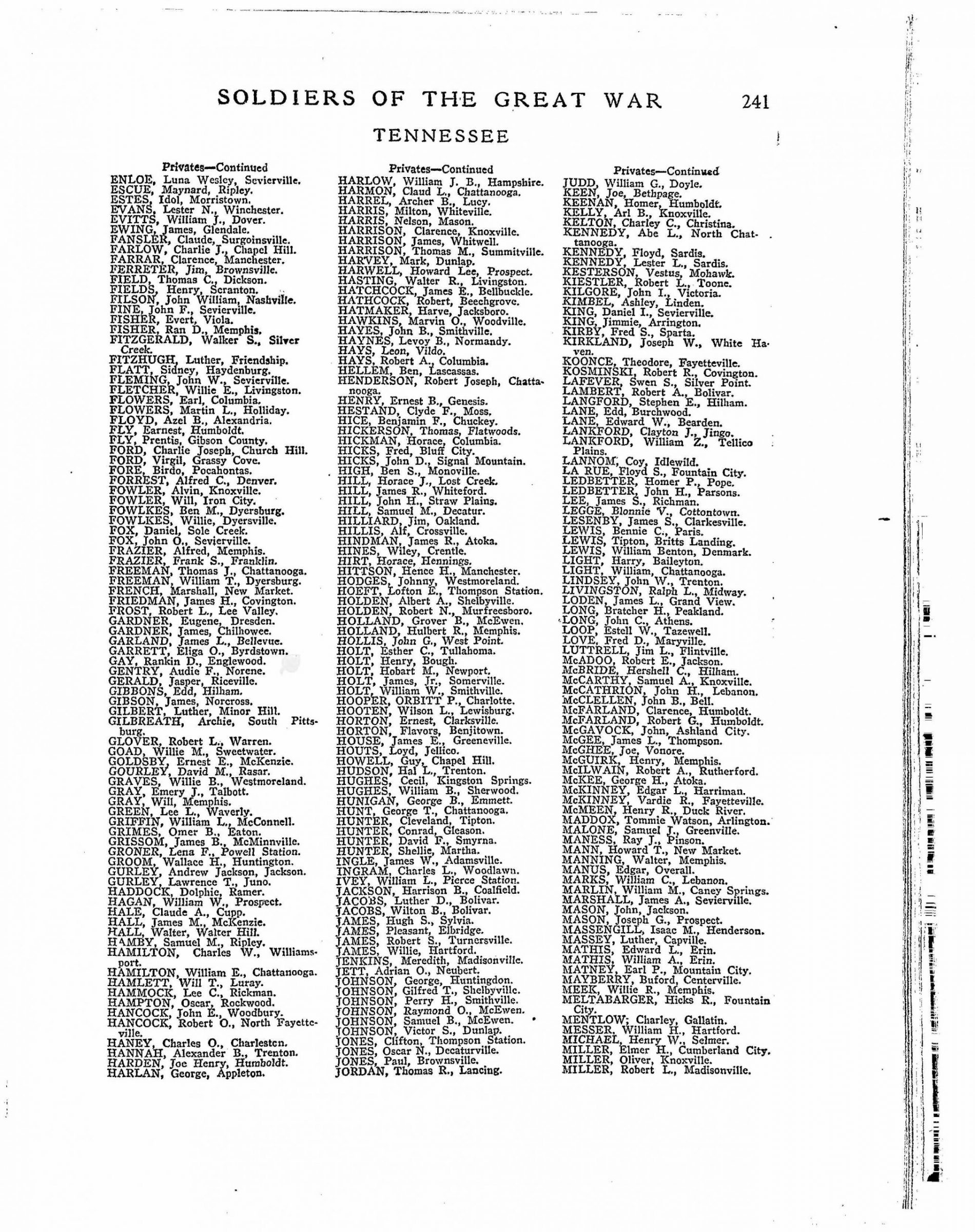 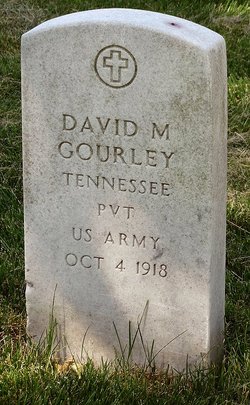 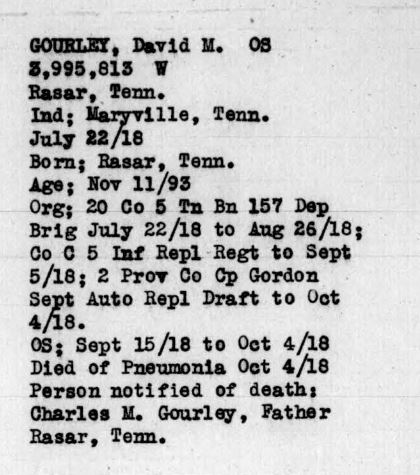