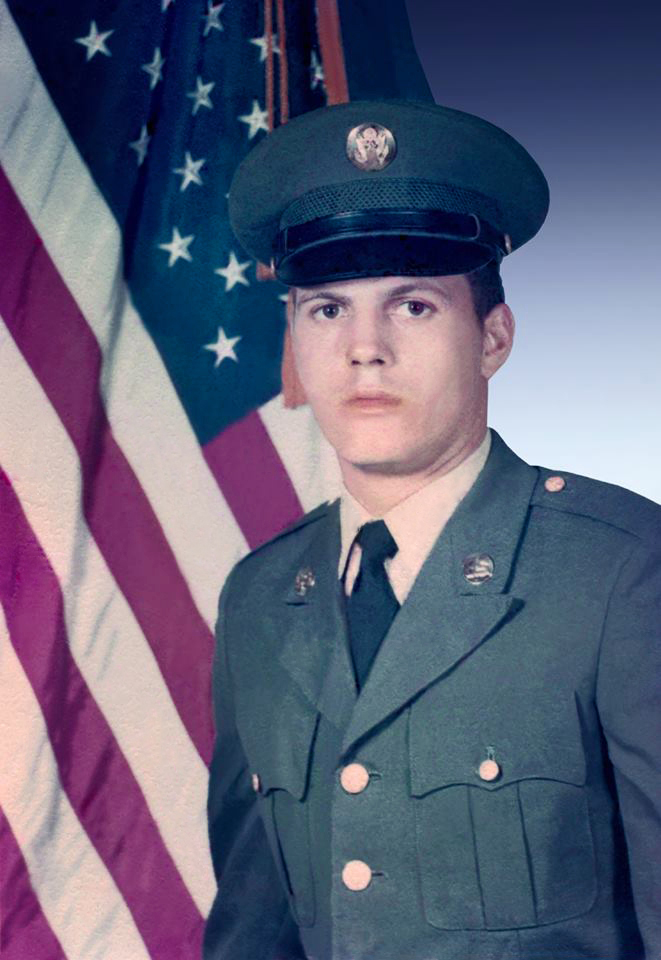 The Kingsport News
A 21-year old Kingsport serviceman, David L. Hann, was killed Sunday in Vietnam, according to a notification received Monday by his mother, Mrs. Audrey M. Hann, of Robert E. Lee Apartments.
No details of the death were given in the notification, family members said.
He was born in Kingsport and graduated from Dobyns-Bennett in 1970. He entered service July 15, 1970, arrived in Vietnam April 9, 1971.
Survivors in addition to his mother, include one sister, Mrs. Carolyn Sams, Route 10, Jonesboro; a brother, Paul E. Hann, Wilmington, N.C. and a grandmother, Mrs. Louise McNew, Kingsport.
Military Data
MOS 13A10 Field Artillery Basic
Length Service **
Unit B Battery, 2nd BattalionBN, 32nd Artillery, 23rd Artillery Group, II Field Force, USARV

I was David’s commanding officer in Vietnam. I wrote a book titled Vietnam: Strategy for a Stalemate. It is dedicated to David Hann and Harry Hayes, a good friend and classmate from West Point. David’s pay grade was SP 4, but he was an acting Sergeant. I couldn’t make him a sergeant because he did not have enough time in service. I did make him a chief of gun section, in charge of 11 soldiers, because he was such a talented leader, and a genuine human being. That position is normally for an E6. He drove my jeep the day he was killed. I had just got out, told him to do a few things and to come back in about 45 minutes. A 122 mm rocket landed to the right front, blew my windshield out and killed David. Any loss was terrible, but David’s continues to hurt. He was a great soldier, and a great man.
–Submitted by Fred Parker 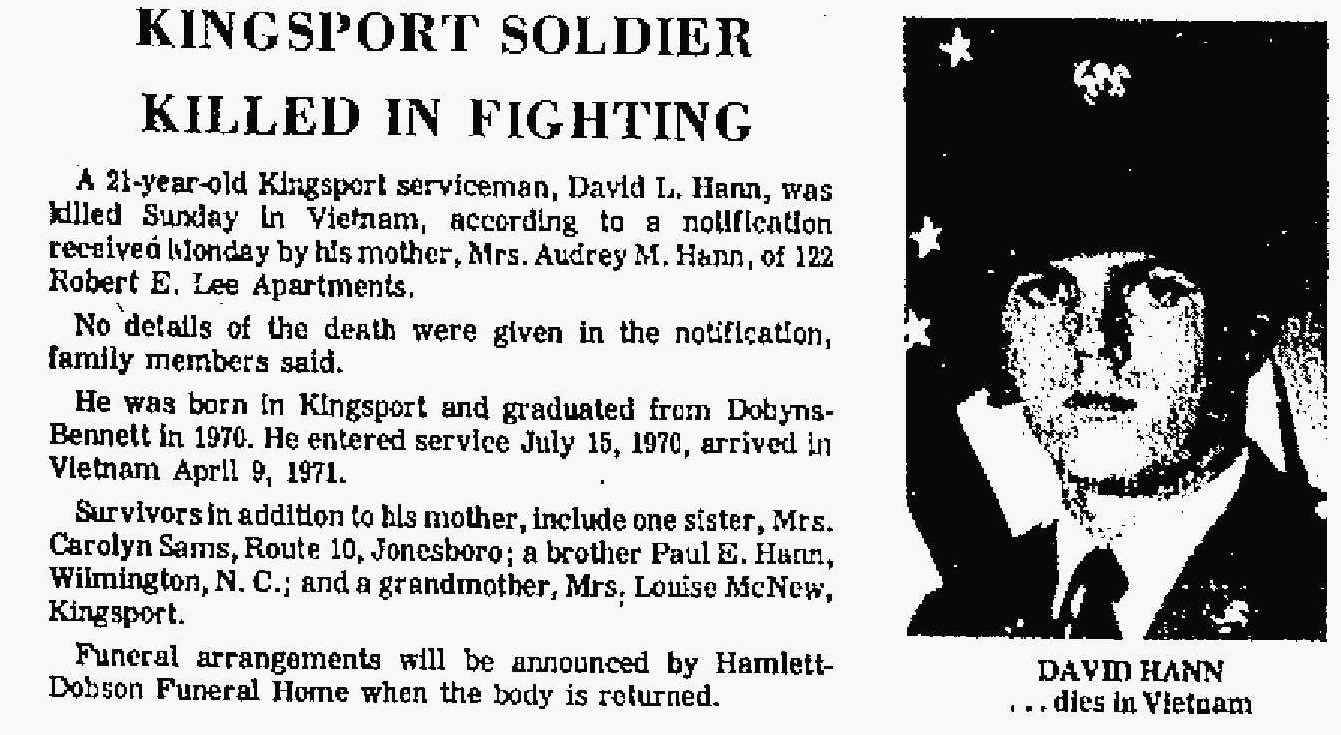