Private First Class Ferguson was returned to his hometown on December 18, 1951. Funeral services were held at First Baptist Church, Kingston on December 20, 1951 with graveside services following at Kingston Cemetery. A. Logan Clifford Stegal Post No. 10 was in charge of military honors at the graveside. 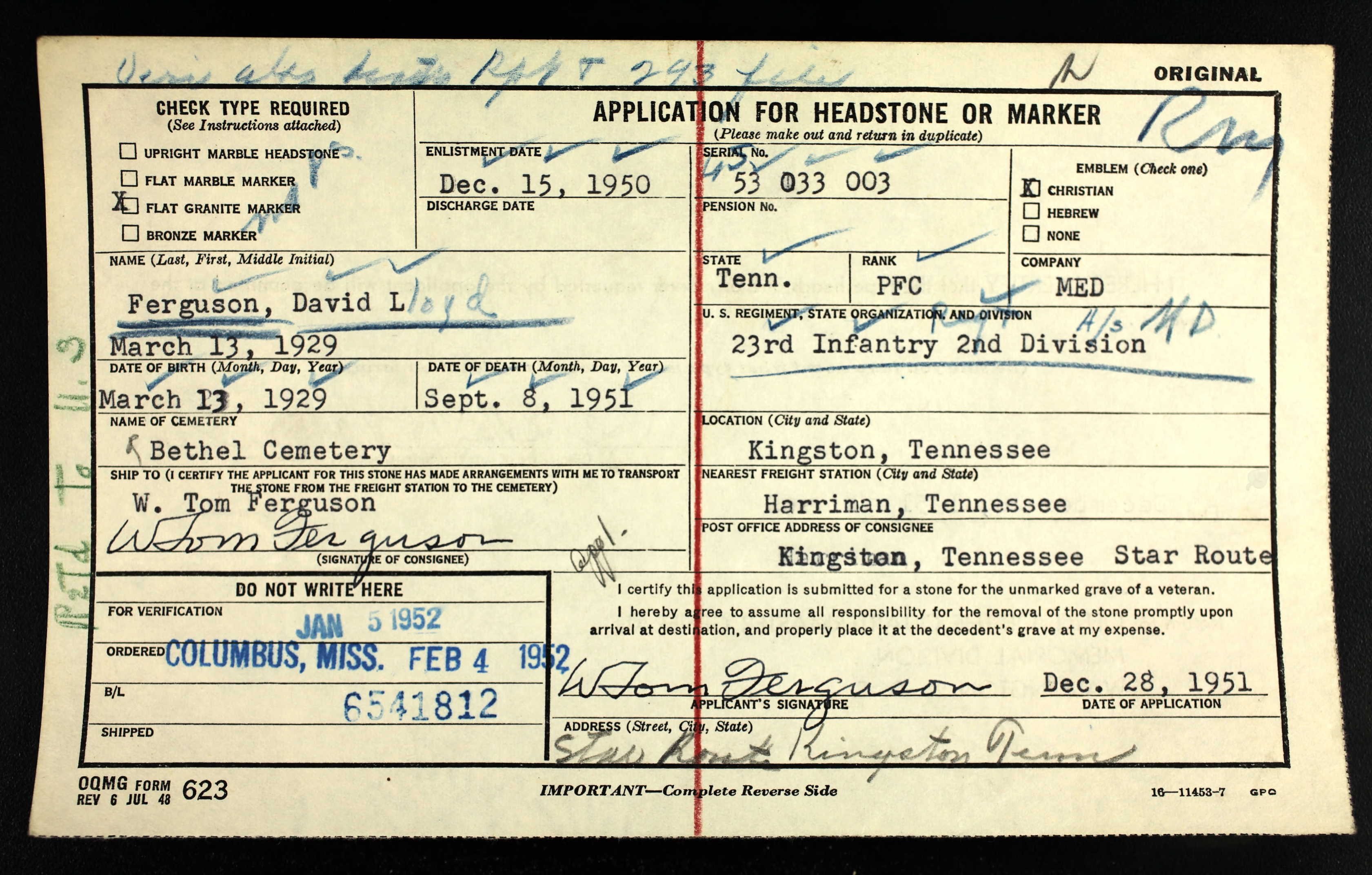