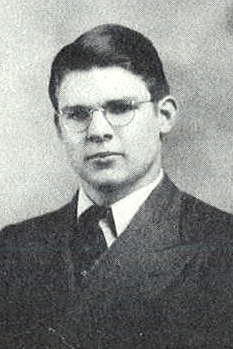 Highland Echo, October 7, 1944
Pfc. David H. Briggs, Jr., son of Professor David H. Briggs of the Maryville College faculty, was killed in action on August 15, somewhere in France. Professor and Mrs. Briggs received word of their son’s death from the War Department on September 27, following an earlier report of his having been missing in action. Serving in the Infantry since March, 1943, Briggs received training at Fort McClelaln, Alabama, Fort Bragg in North Carolina and Fort Meade in Maryland. He has been overseas since the middle of July.
David graduated from Maryville High School and entered Maryville College as a feshman in the fall of ’42. During that season he played on the vasity football team. He has two brothers, John, enrolled at the Darlington School for boys in Rome, Ga. 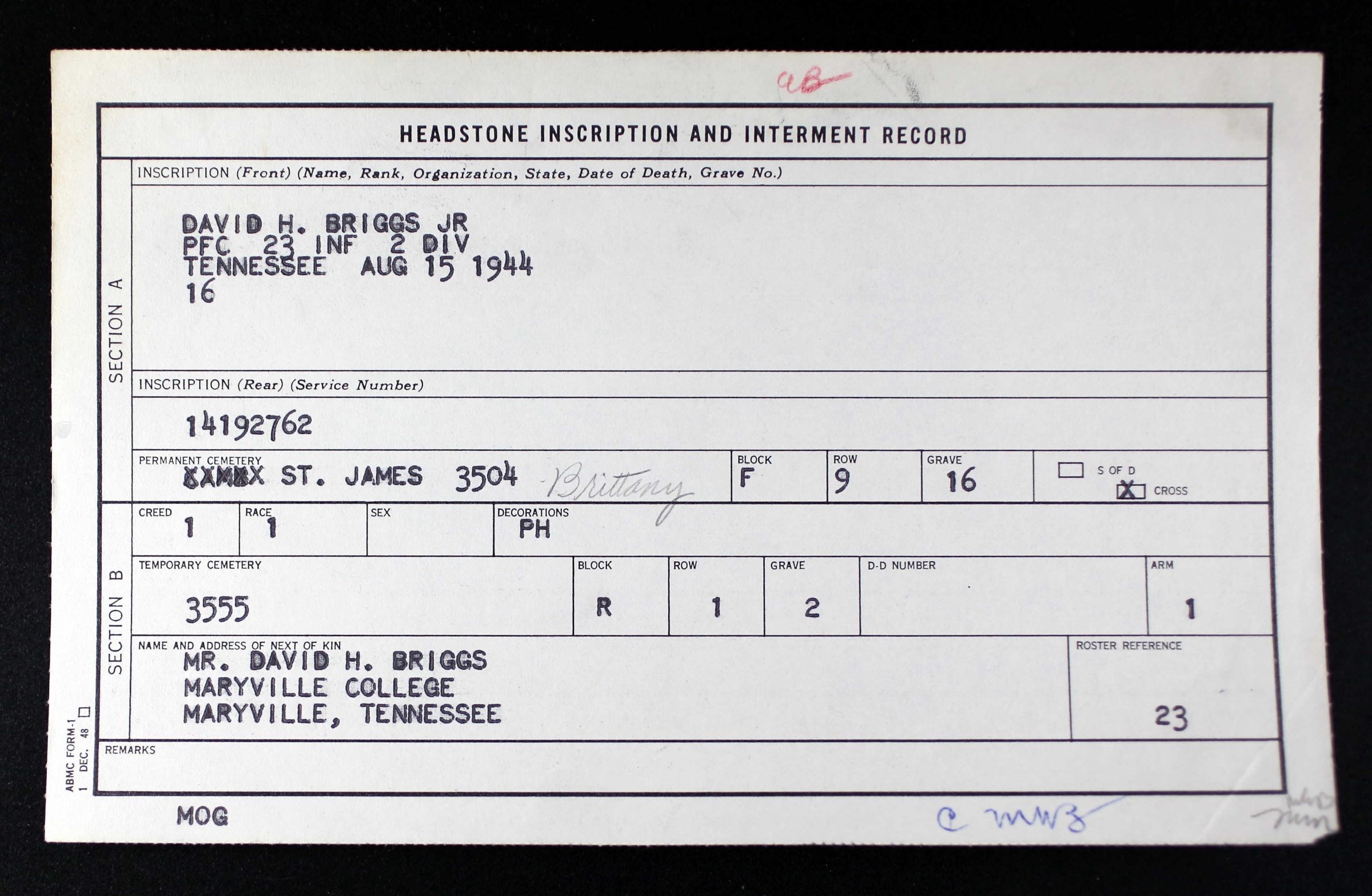 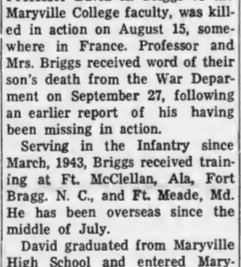