Bristol, Tenn., Nov. 1. Message was received by Dr. W.K. Vance announcing the death of his son, Graham Vance, which occurred on the U.S.S. Eastleigh, October 27. The message was received last night but no details were given. Death was due to bronchial pneumonia. Vance was 24 years old and a popular Bristol boy. He was a star football player at King College for several seasons. His parents, Dr. and Mrs. W. K.Vance, this city, and three brothers, Lieut. Richard Vance, serving with the medical corps overseas, Douglas Vance, with the American Expeditionary Forces in France, and Fred Vance, of the U.S. Navy survive him.
-The Journal and Tribune, Knoxville, Tennessee, November 2, 1918. 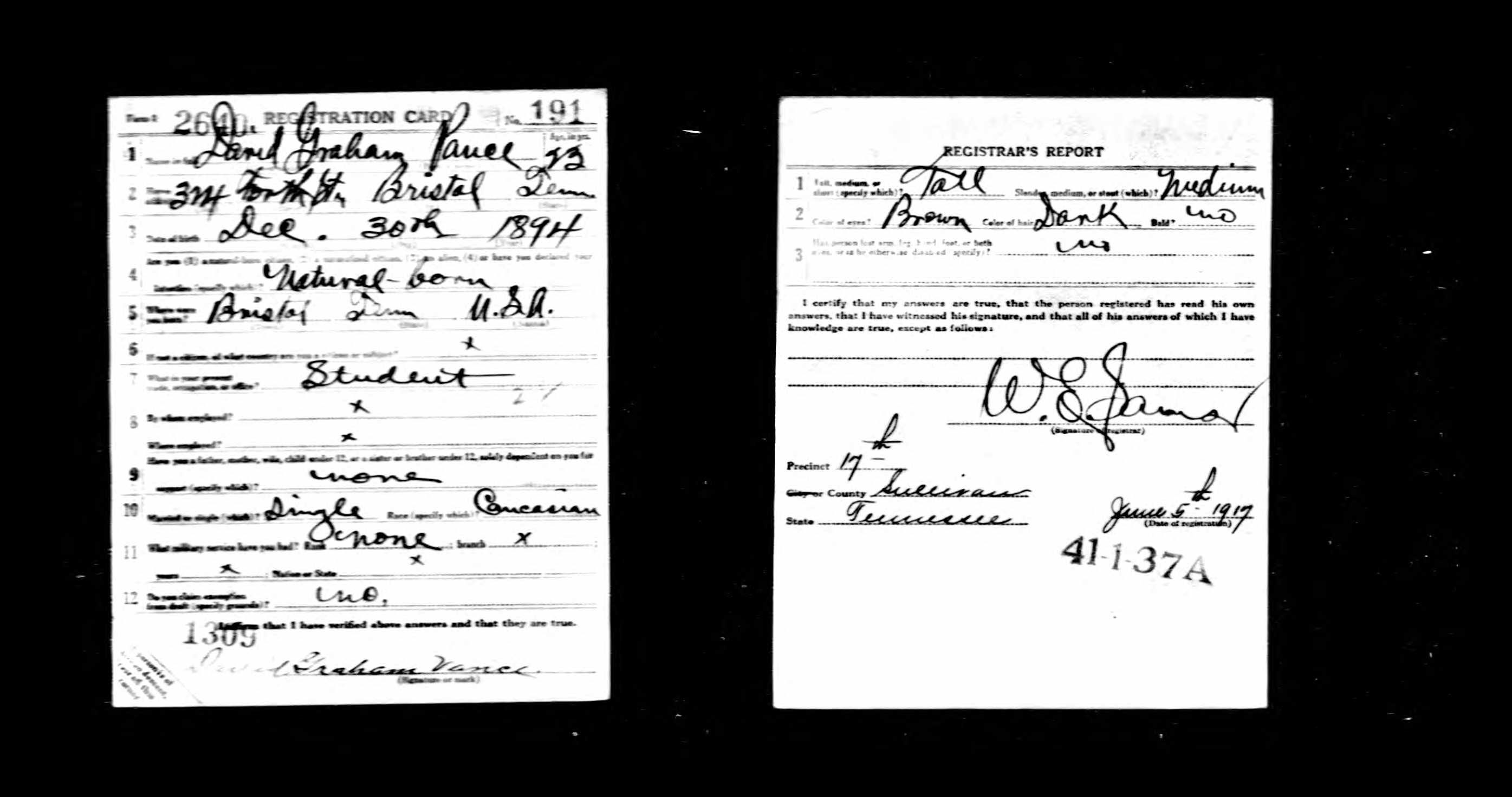 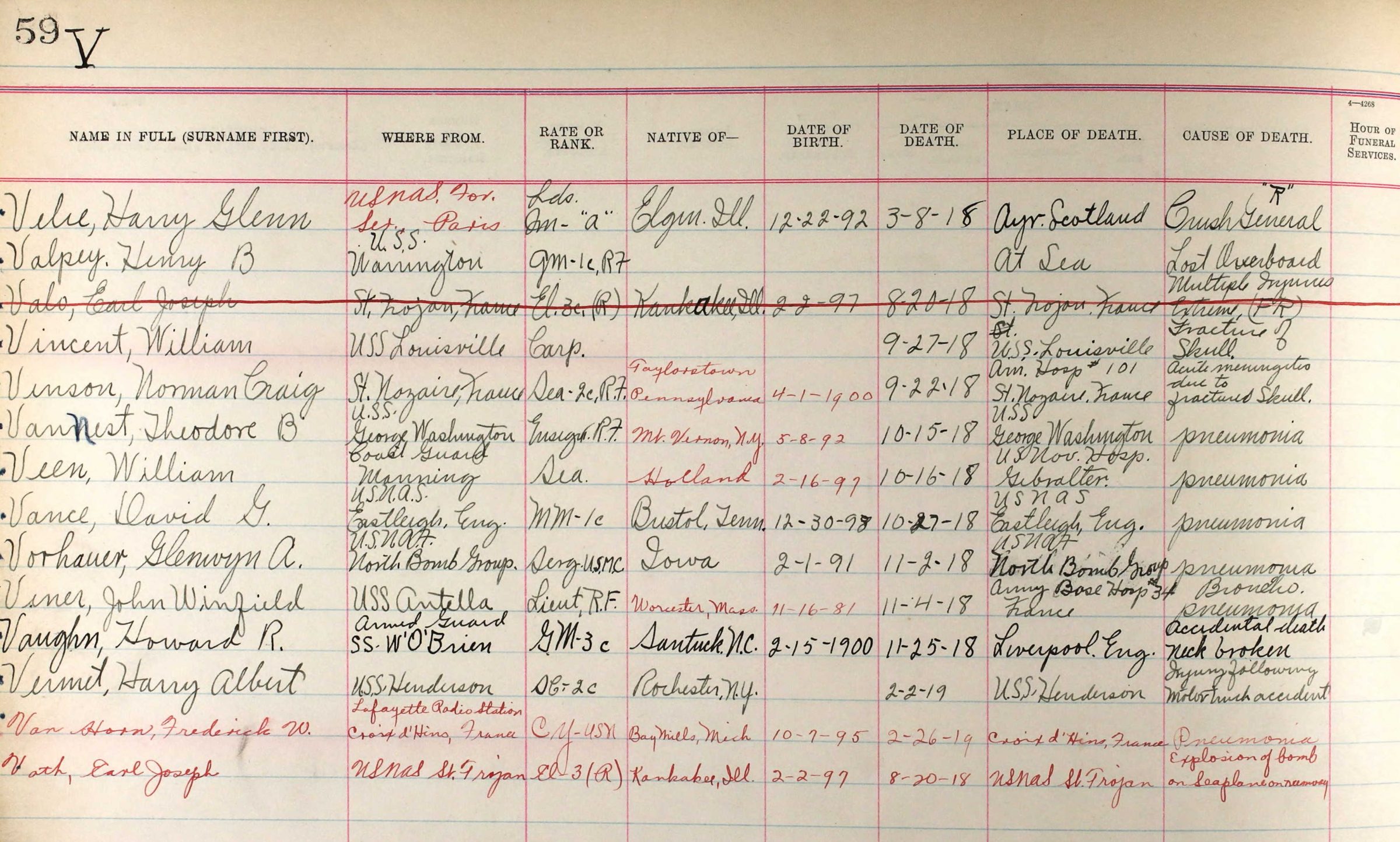 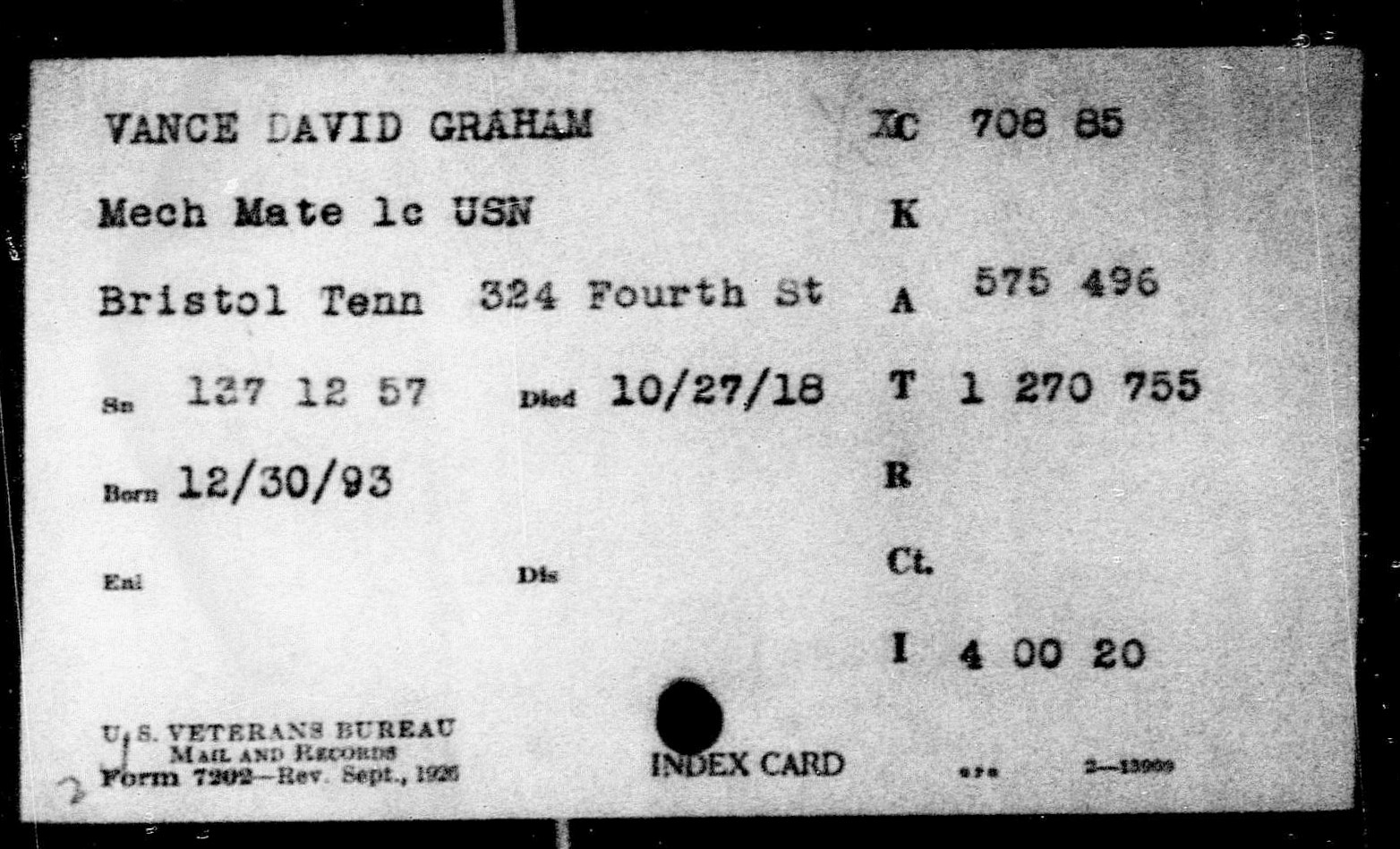 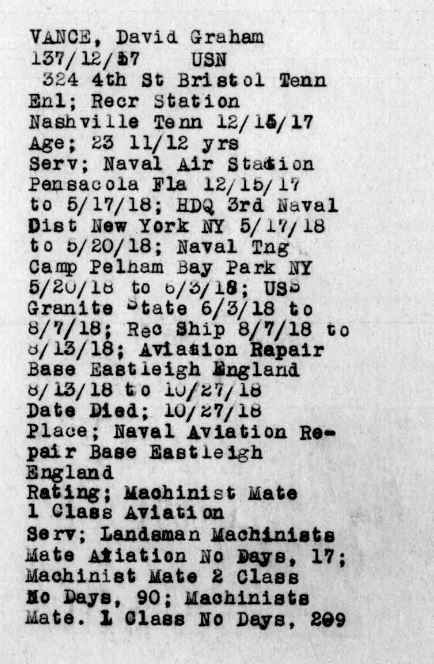