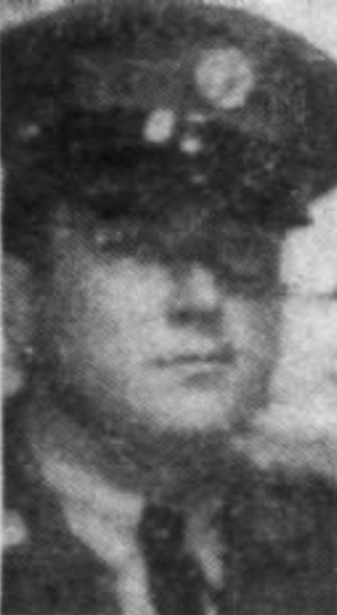 Aircraft B-17G with serial number 43-38419 departed from Southwold on a strategic mission to Brandenburg, Germany. The aircraft was hit by third burst of flak in the right wing which tore away practically all of the wing. Aircraft then rolled over to the right, described as being almost a slow roll, and during this maneuver the outer pannel of the wing tore away. All four engines were running as A/C went into a spin, going straight down. Some crews report this A/C was exploding at approximately 15,000 feet. No chutes were observed.
The aircraft crashed at Eggstedt, Germany.

Zumpano and Francis were KIA. The rest of the crew completed a 35 mission tour 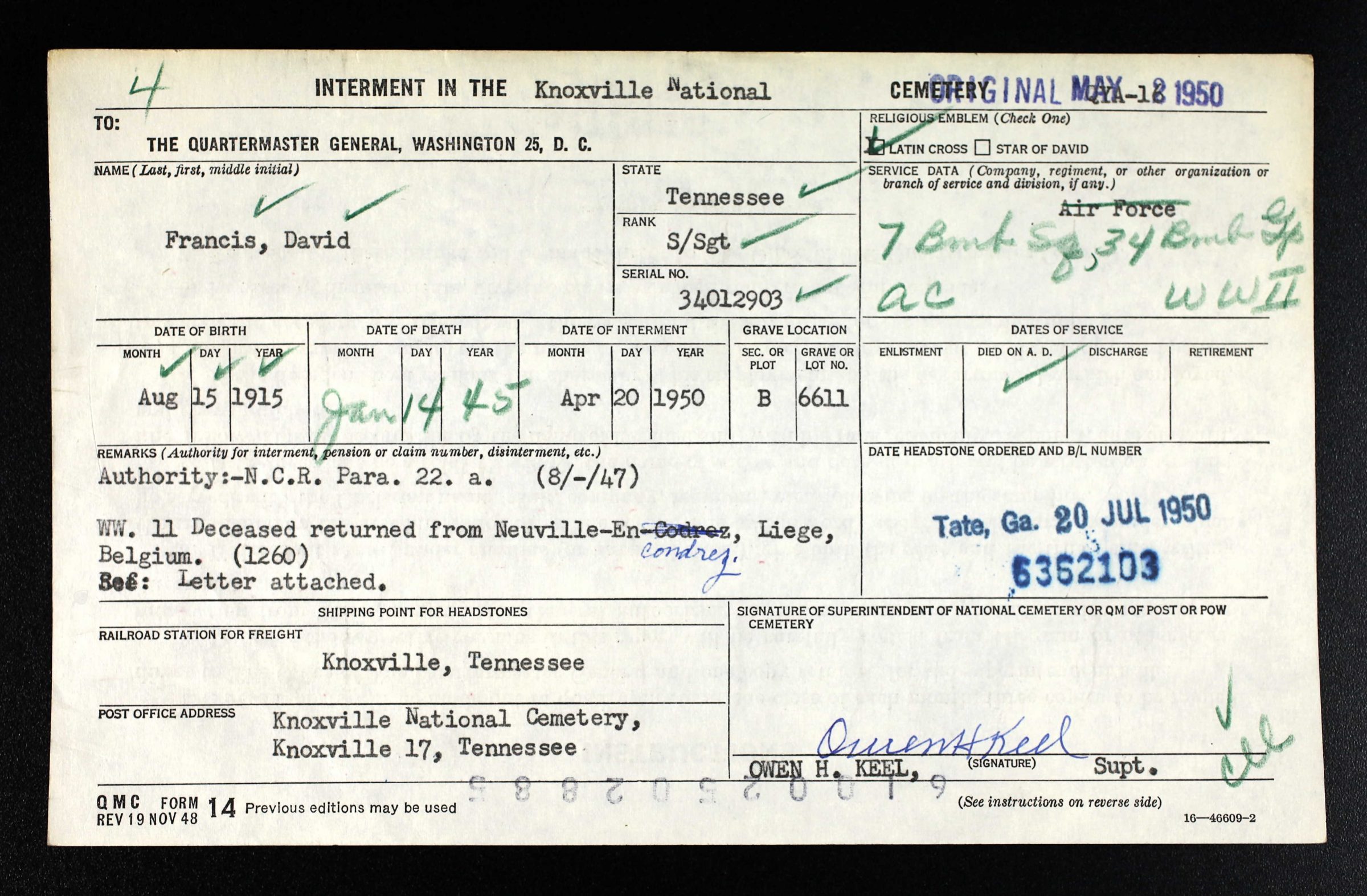 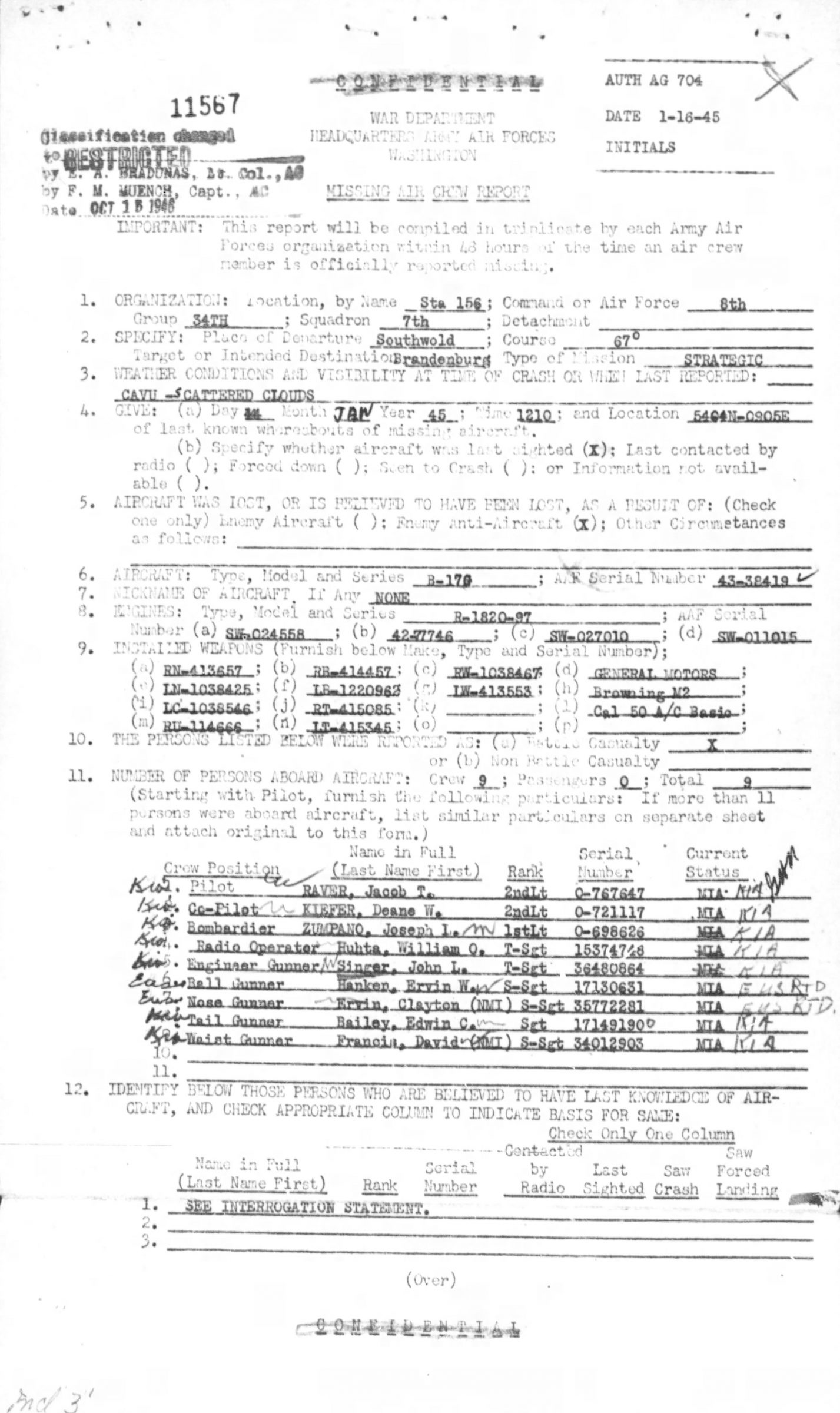 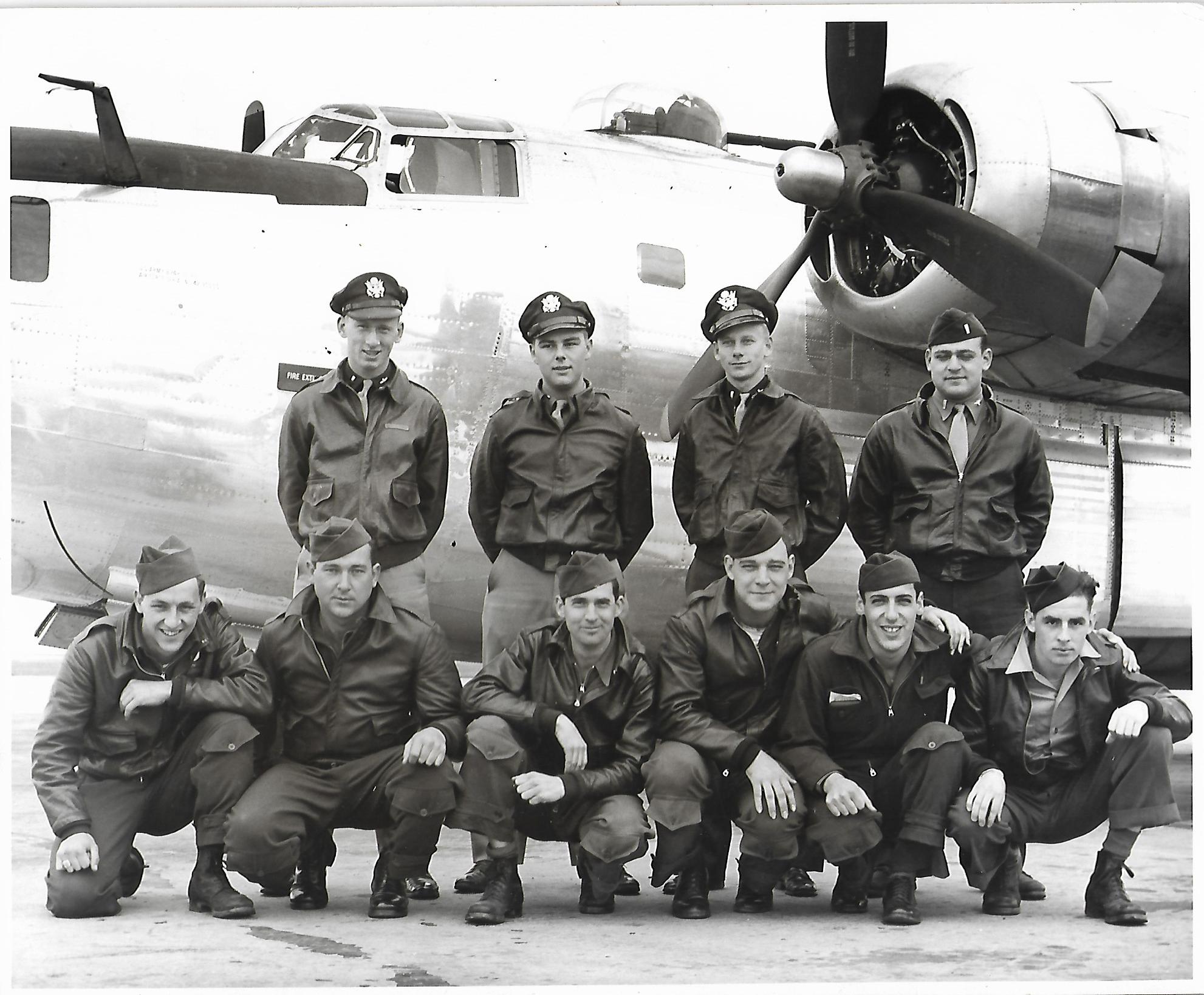