David was born in Johnson City, Washington County, Tennessee on 31 January 1893. He was working as a Locomotive Pipe Fitter with the Carolina, Clinchfield & Ohio Railroad in Erwin, Unicoi County, Tennessee when he decided to enter the United States Navy. David enlisted in Nashville, Tennessee on 10 December 1917 and was dispatched to Norfolk City, Virginia for training as a Fireman due to his civilian training with the railroad. David was assigned to training Company 95 with the rate of Fireman, Third Class when he arrived.

He was admitted to the Norfolk Naval Hospital, Norfolk Naval Base, Norfolk, Virginia on 31 December 1917 with influenza. David died of lobar pneumonia on 4 January 1918 at 7am, he was 24 years old. David rests in the N.G. Taylor Memorial United Methodist Church cemetery near Johnson City in the Okolona Community of Carter County, Tennessee.

David’s the first child of David William Pugh and Nora Elizabeth Cooper. His brother William Earnest Pugh served in the United States Army during World War I and is interred at the Mountain Home National Cemetery. 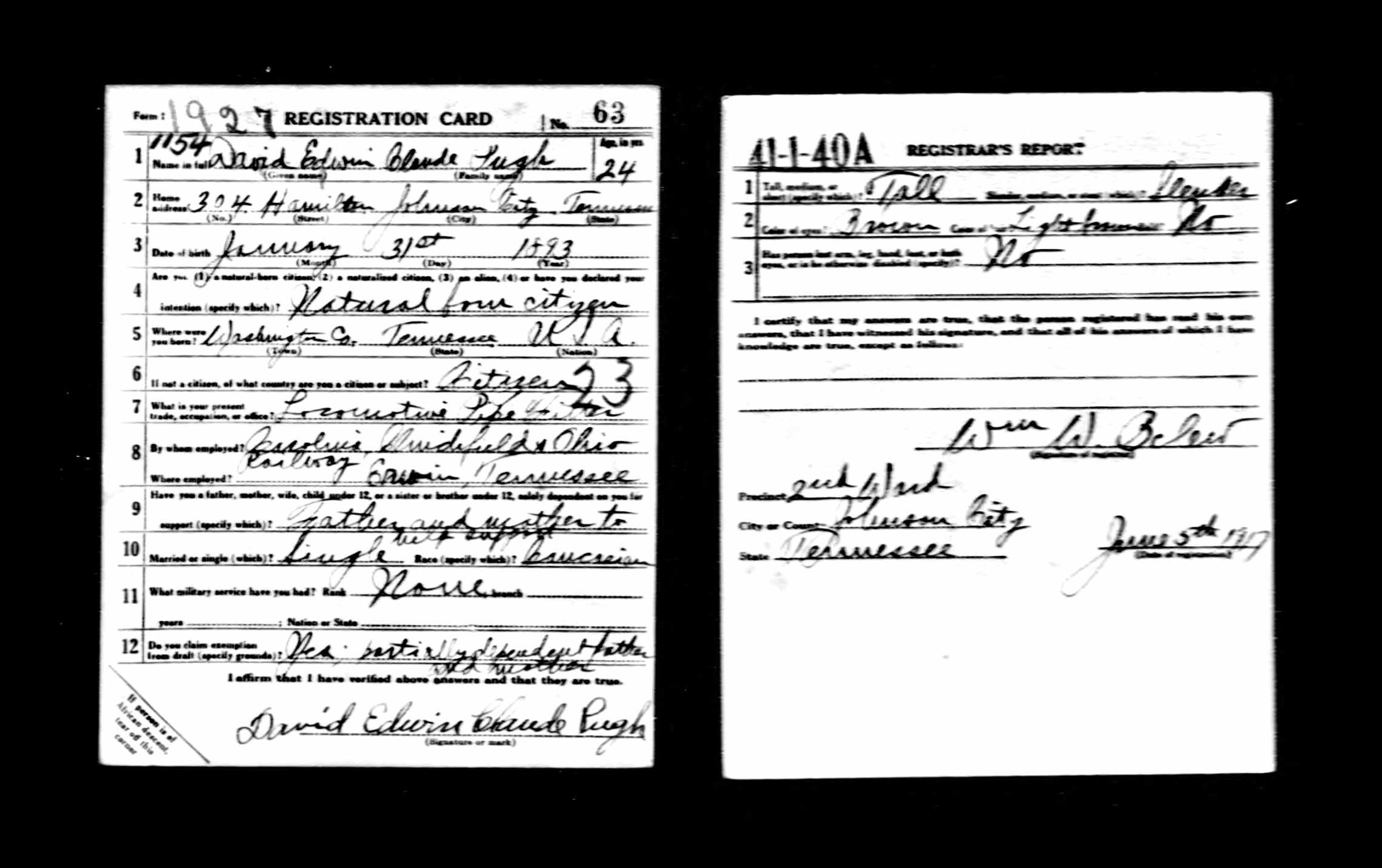 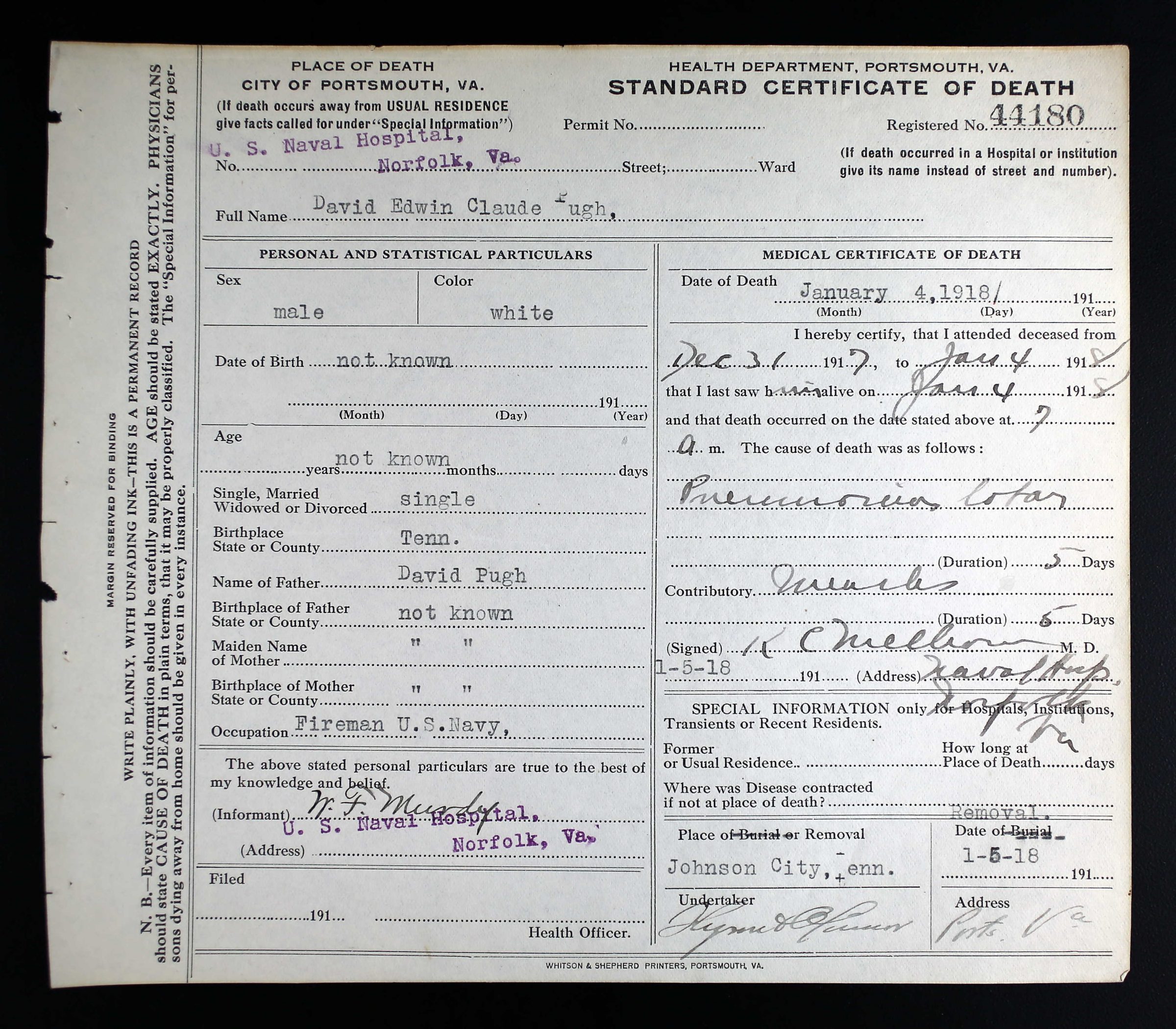 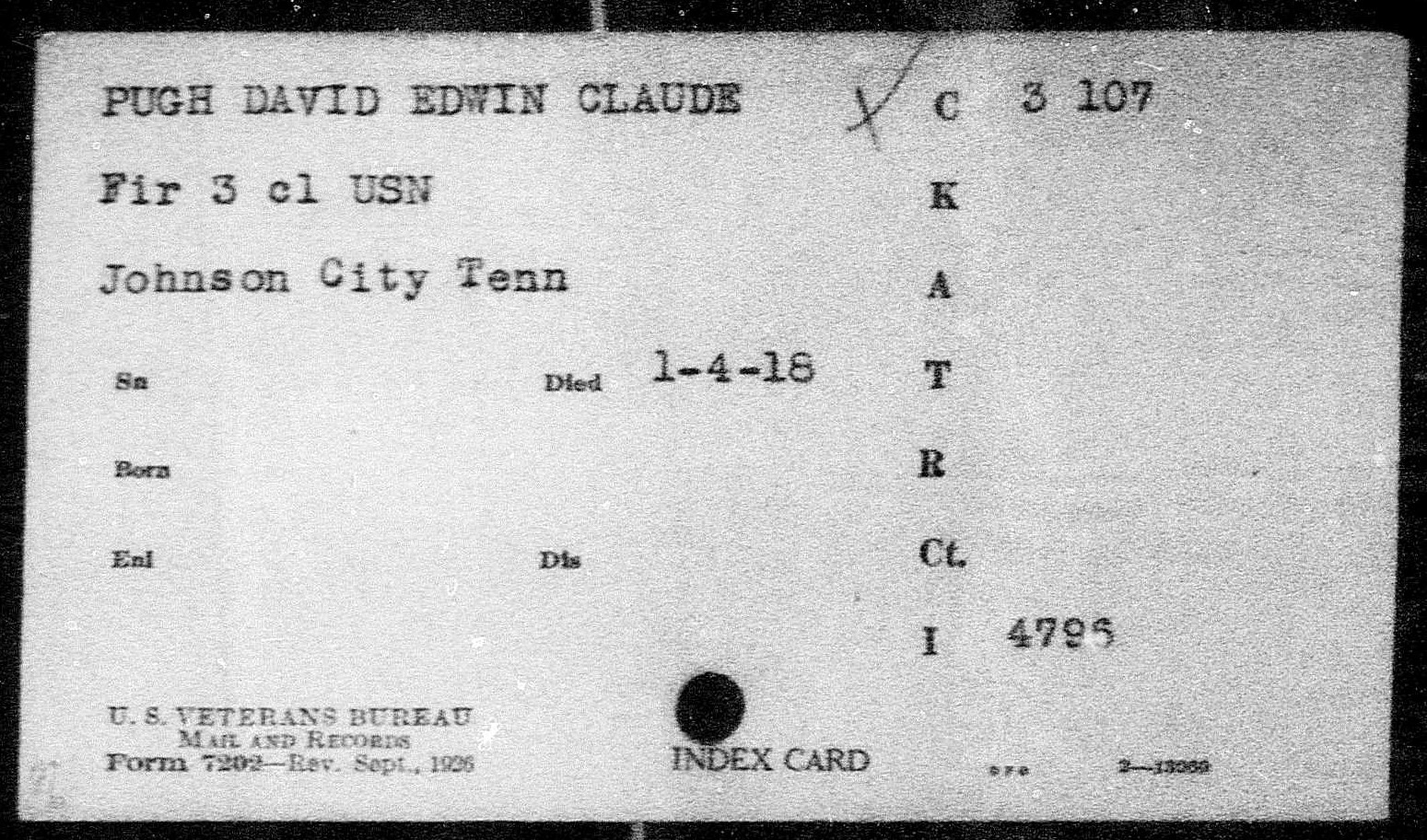 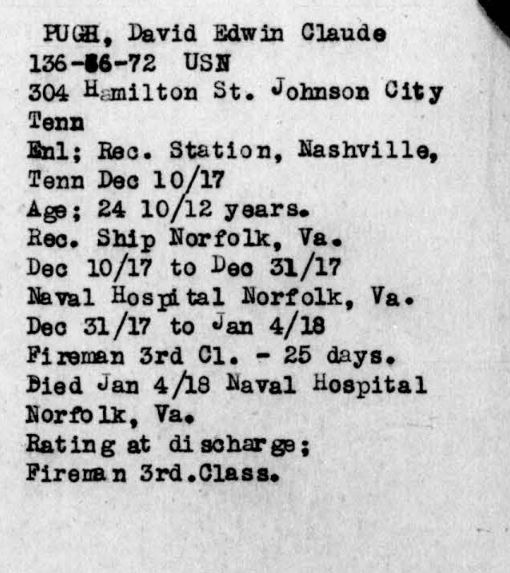