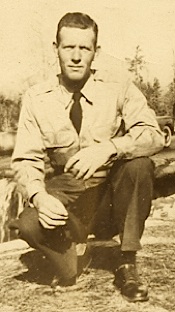 David Crockett Knight was the son of Mr. and Mrs. Britton D. Knight of Asbury. He was the oldest from a large family and had ten younger siblings, Thelma, Ruth, Jack, Jesse, Ray, John, Arlie, Howard, Leroy, and Johnnie Knight. His grandparents, Mr. and Mrs. John Knight, were from Cleveland, TN. David was born on New Years Day, January 1, 1928. He resided in the Asbury community and attended Dora Kennedy School in East Knox County. He was a former employee of Appalachian Marble Company before joining the Army. He was twenty-two years old when he joined on October 18, 1950.

After his initial training David was assigned to Company E, 35th Infantry Regiment, 25th Infantry Division, also known as the Tropic Lightning Division and rose to the rank of Corporal. On September 9, 1951, the 35th Regiment along with other regiments from the 25th Infantry Division led an offensive in North Korea recapturing Hill 717 and taking Hill 682 the next day. Corporal Knight was killed in action on the 9th along with nineteen other men from the 35th.

Corporal Knight was returned to Knoxville on December 17, 1951, and funeral services were held December 22, 1951, at Ramsey Heights Baptist Church. He was laid to rest at the National Cemetery in Knoxville with full military honors provided by the American Legion Post #2. 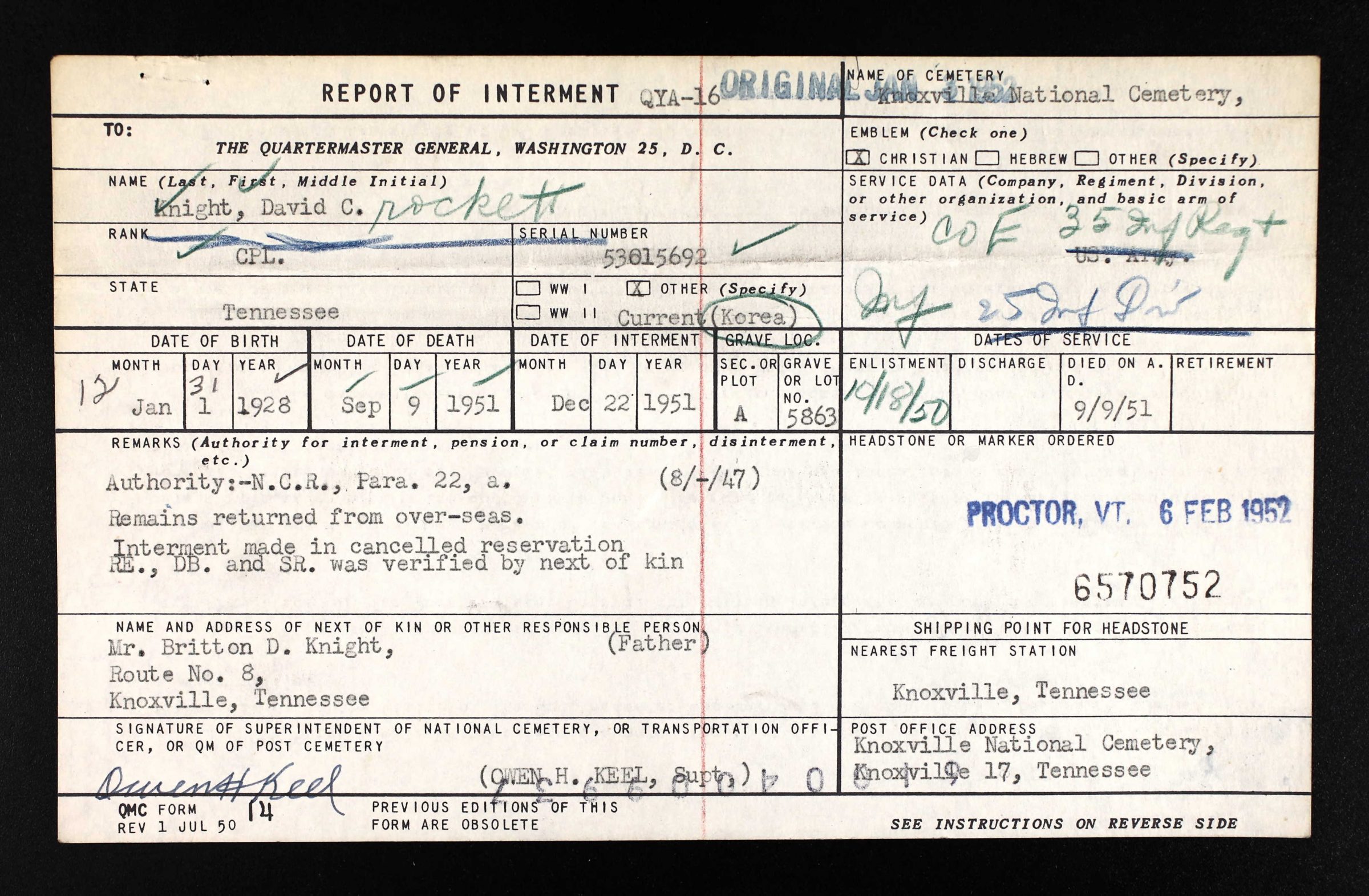