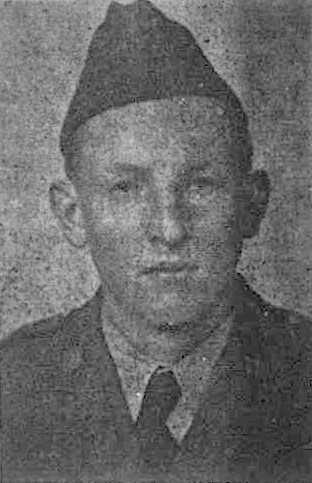 The Newport Times, December 17, 1947
Funeral service for T/Sgt. David A. Williams, first World War II dead of this county to be buried here will be held at the Memorial building. According to a telegram to the Maloy Funeral Home, the body will arrive here Thursday afternoon accompanied by T/Sgt Lionel W. Bradshaw.
David Williams, age 21 at the time of his death, is the son of Mr. w. Roy Williams of Crossville, Tennessee, formerly of the Wilton Springs community of this county. He served approximately 4 years in the Army Air Corps, completing 52 missions before being transferred to Iceland where he was accidently killed January 31, 145. He attended school at the Crosby Academy and later Harrison Chilhowee. He will be buried with full military honors with the American Legion Post 41 in charge.
He is survived by his father, W. Ray Williams; one brother, Lloyd Williams, and one half brother, William Gerald Williams, both of Crossville, Tennessee. Interment will be in the Newport Union cemetery. 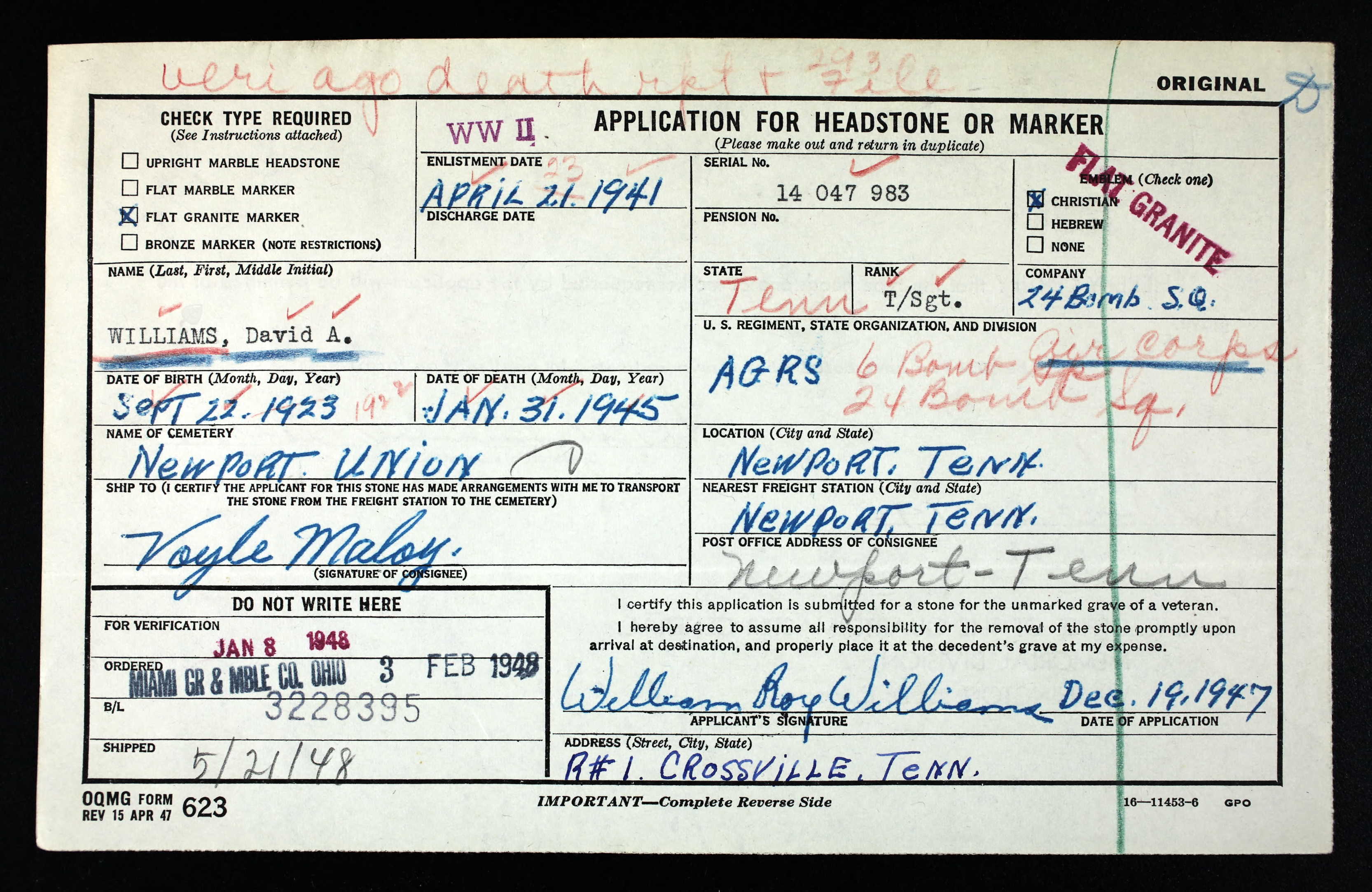 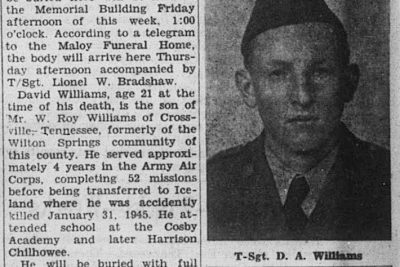