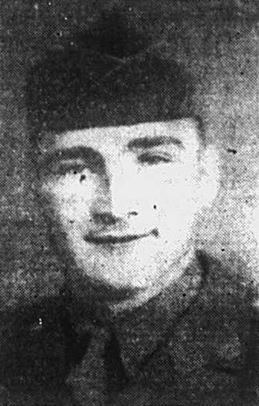 Private David A. Clingan was assigned to the 13th Infantry Regiment, 8th Infantry Division. The unit was engaged in August and September 1944 in the Normandy battle attempting to take the city of Brest, France.

The Dayton Herald, May 10, 1945
Pfc David A. Clingan, 23, brother of Eugene Clingan of the Graysville Hosiery Mill, who was killedi action op Sept. 1, 1944 in France. He was a member of the 13th Infantry with the Third Army, and had served in Ireland and in France. Before entering the service he was employed in Chattanooga. Another brother Allen Jackson Clingan AM1c is with the Navy at a shore base in the State of Washington. 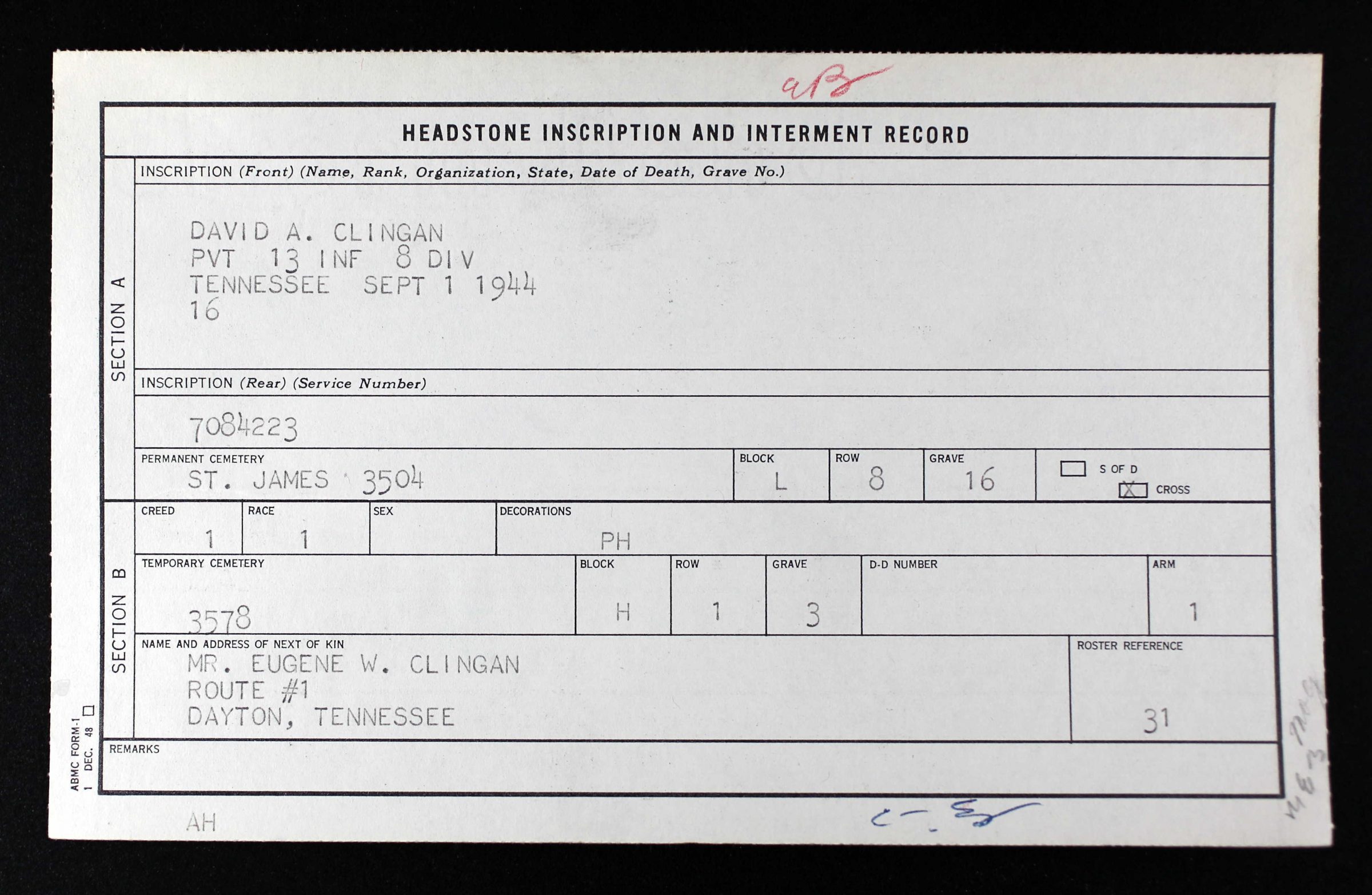