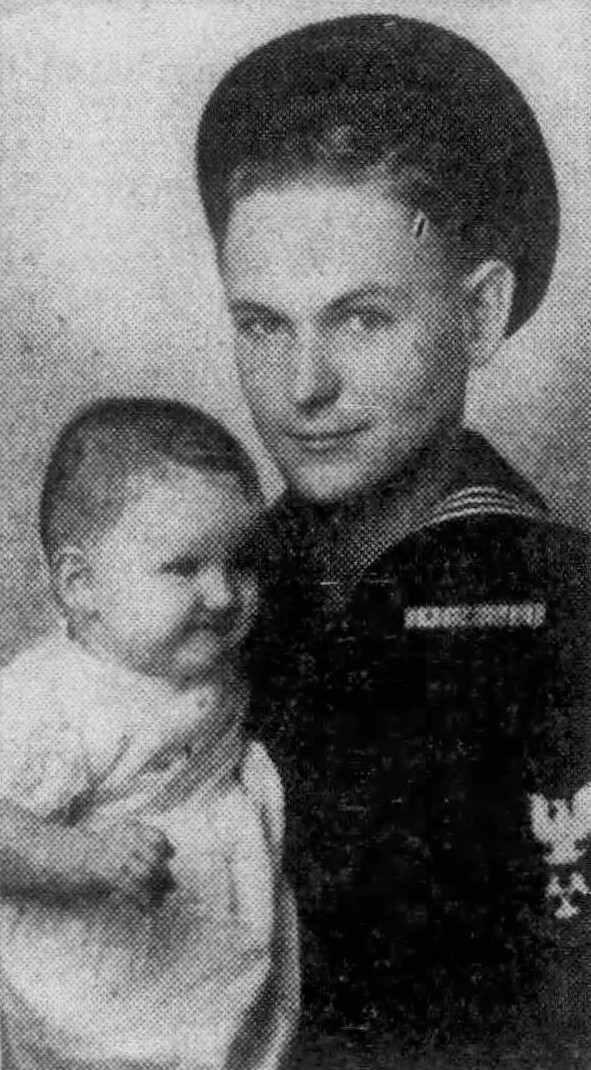 The McKean, along with 185 Marines set to be disembarked on Bougainville Island, was attacked near Empress Augusta Bay by Japanese pilot SFPO Gintaro Kobayashi who was in a Mitsubishi G4M “Betty” torpedo plane.

One of Kobayashi’s torpedo’s struck the ship rupturing her fuel tanks which caused the McKean to burst into flames and quickly sink with a loss of 64 of her crew and 52 of her embarked Marine troops.

The Knoxville News-Sentinel, April 19, 1943
First Class PO Dave E. Williamson, who saw nine months of Action in the vicinity of the Solomons, has returned to San Francisco after a furlough with his wife and daughter at 3126 Maxwell Avenue. He received his promotion to his present rank two weeks ago. While on furlough he saw for the first time his five-and-a-half months old daughter shown with him. He is the son of Mr. and Mrs. J.A. williamson, and is awaiting orders to go to sea again. He has been in service four years, his wife said. 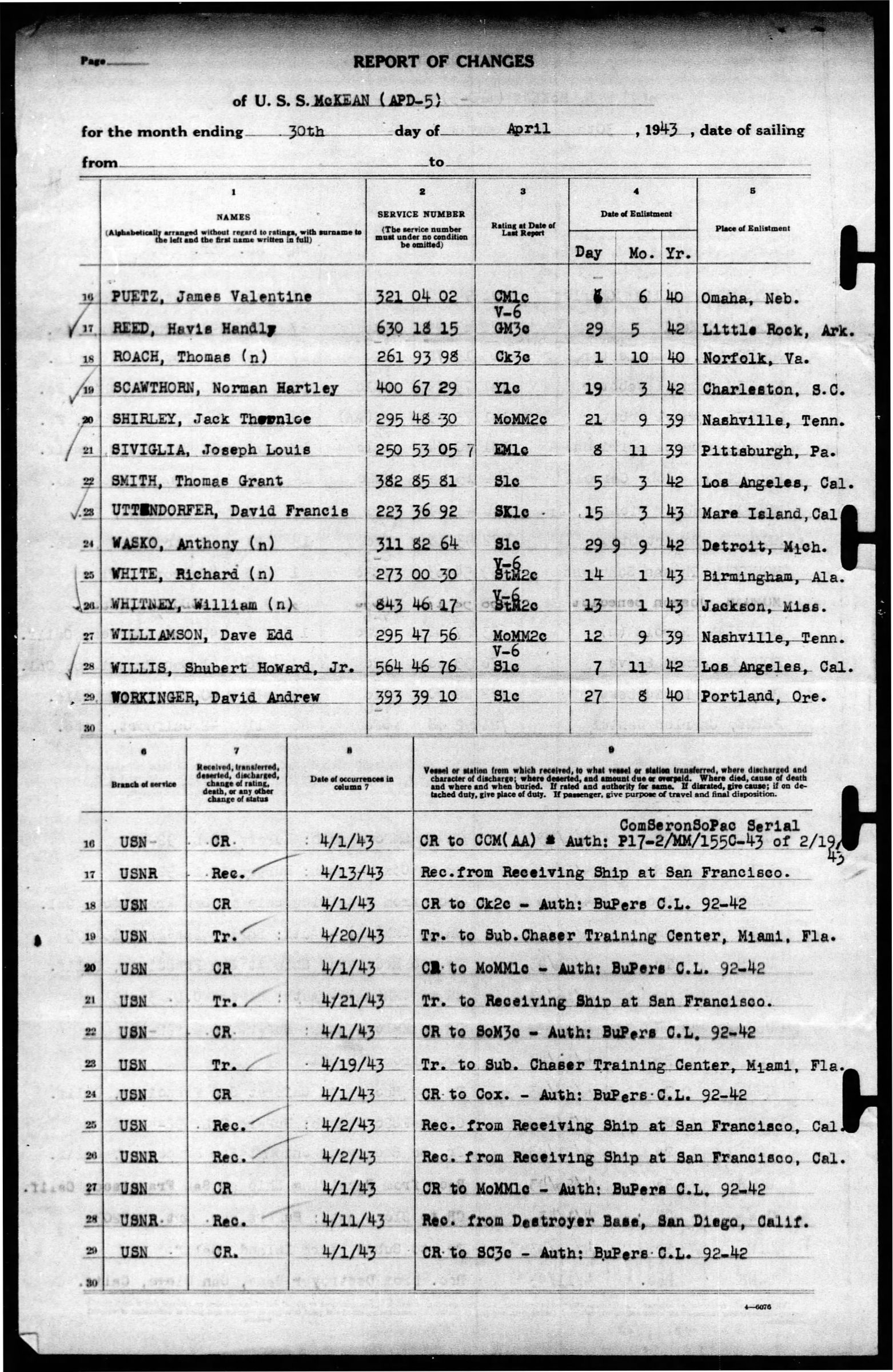 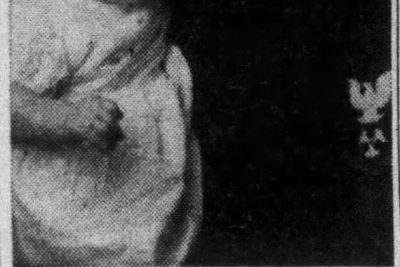 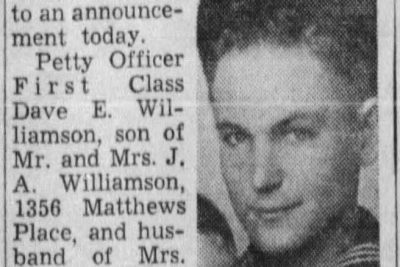