Darwin Bowman was born in 1923 in Tennessee.

Staff Sergeant Darwin E. Bowman served in the US Army Air Force. A Finding of Death was declared on 29 April 1943. He is listed on the Tablets of the Missing, Honolulu Memorial, Hawaii.

Aircraft B-24D with serial number 42-40523 departed from Hamilton Field at 0343, 29 April 1943 with destination Hickam Field. First radio position reported was made at 0800 GCT. Second radio report at 0911 GCT, giving approx. position of 31 10 degrees N and 135 W. Weather was given by pilot as fog. Fast wind, temp. 180 degrees, visibility 1000 yards. ETA 1844 GCT. This was the last report received from the aircraft. Air and sea search stated on 30 April and ended 11 May, failed to reveal any evidence of wreckage. The aircraft was the second plane of the group of three and one of eight that was dispatched from Hamilton. Navy vessel reported 6 planes passed overhead after 0900 GCT in the vicinity of 31 degrees 04 N, 135 degrees W.

The Erwin Record, September 2, 1943
No further word has been received concerning Lt. Darin Eugene Bowman, son of Mr. and Mrs. John Bowman, who was reported missing in action several weeks ago. Eugene enlisted from Unicoi County, and his parents lived here until a year or two ago when they moved to Bristol. It is said that Lt. Bowman was en route by plane on a mission to Aleutian Islands. His aunt, Mrs. Dan Hammer, and brother Charles Bowman live in Erwin. 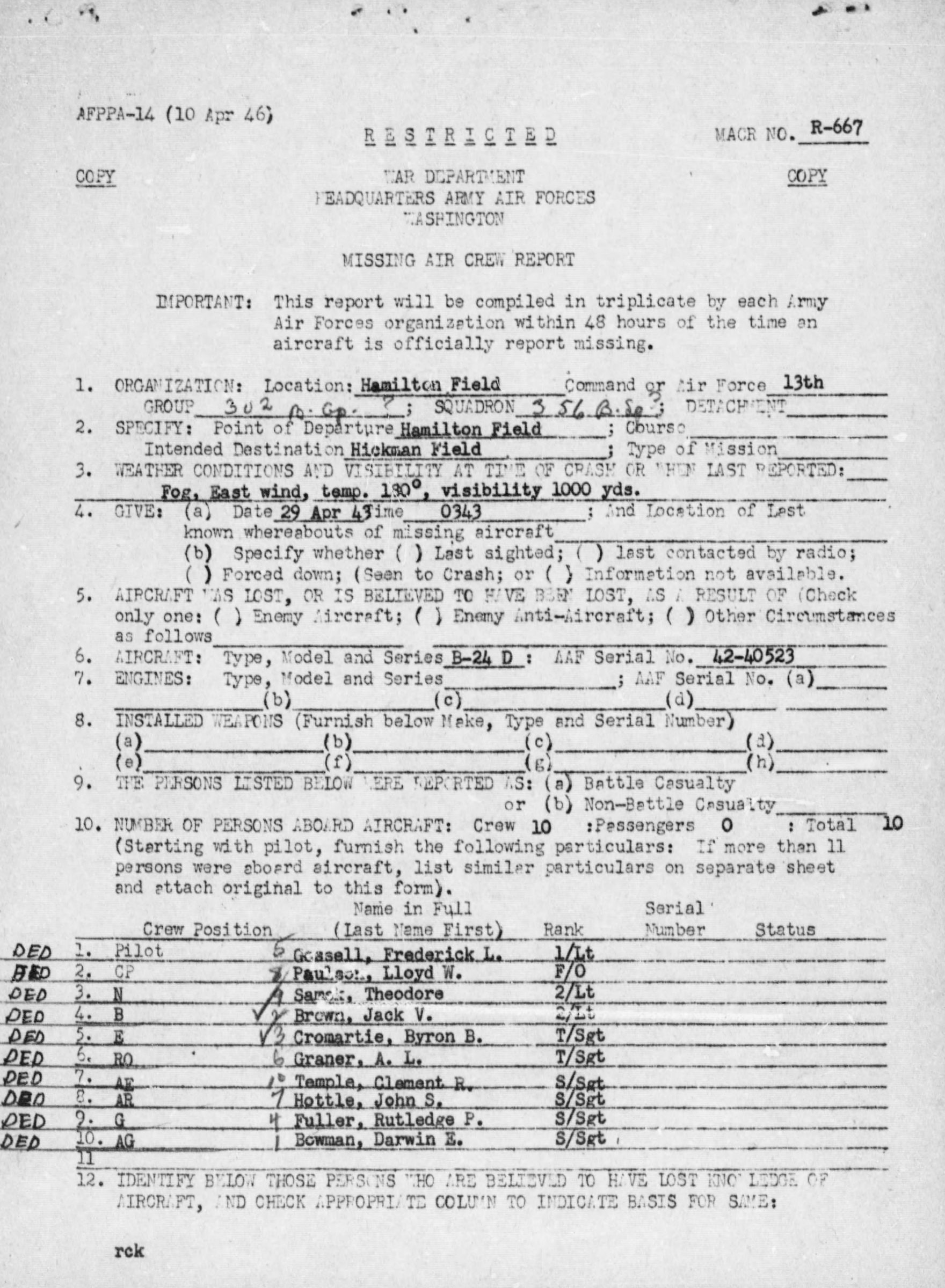 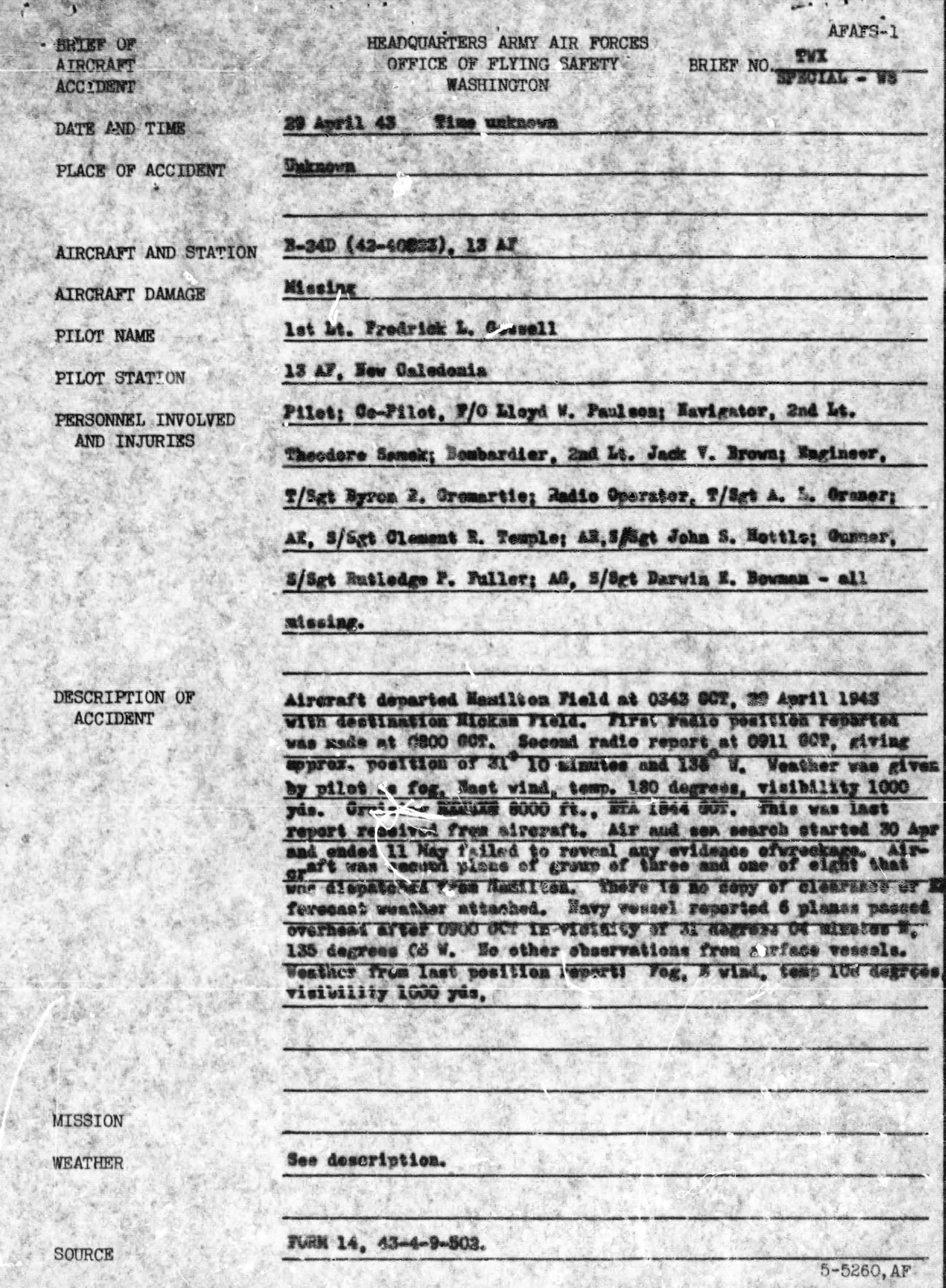 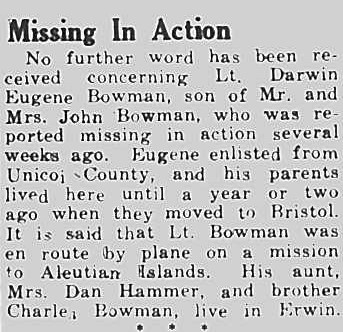