PFC Smith was killed in action near Overloon, the Netherlands.

The Knoxville Journal, October 27, 1944
Pfc. Daniel Bruce Smith, 26, son of Mrs. Vinia B. Smith, of Route 2, Concord, Tenn., was killed in action in Holland Oct. 7, according to a telegram received Tuesday by his mother from the War Department. Private Smith entered the Army exactly two years and six months before the date on which he was killed. A member of the Coast Guard, Private Smith lived with his mother and farmed prior to entering the service. Additional survivors include two brothers, Riley and Perry Smith, both of Route 2, Concord and one sister, Mrs. Exie Campbell of Maryville. 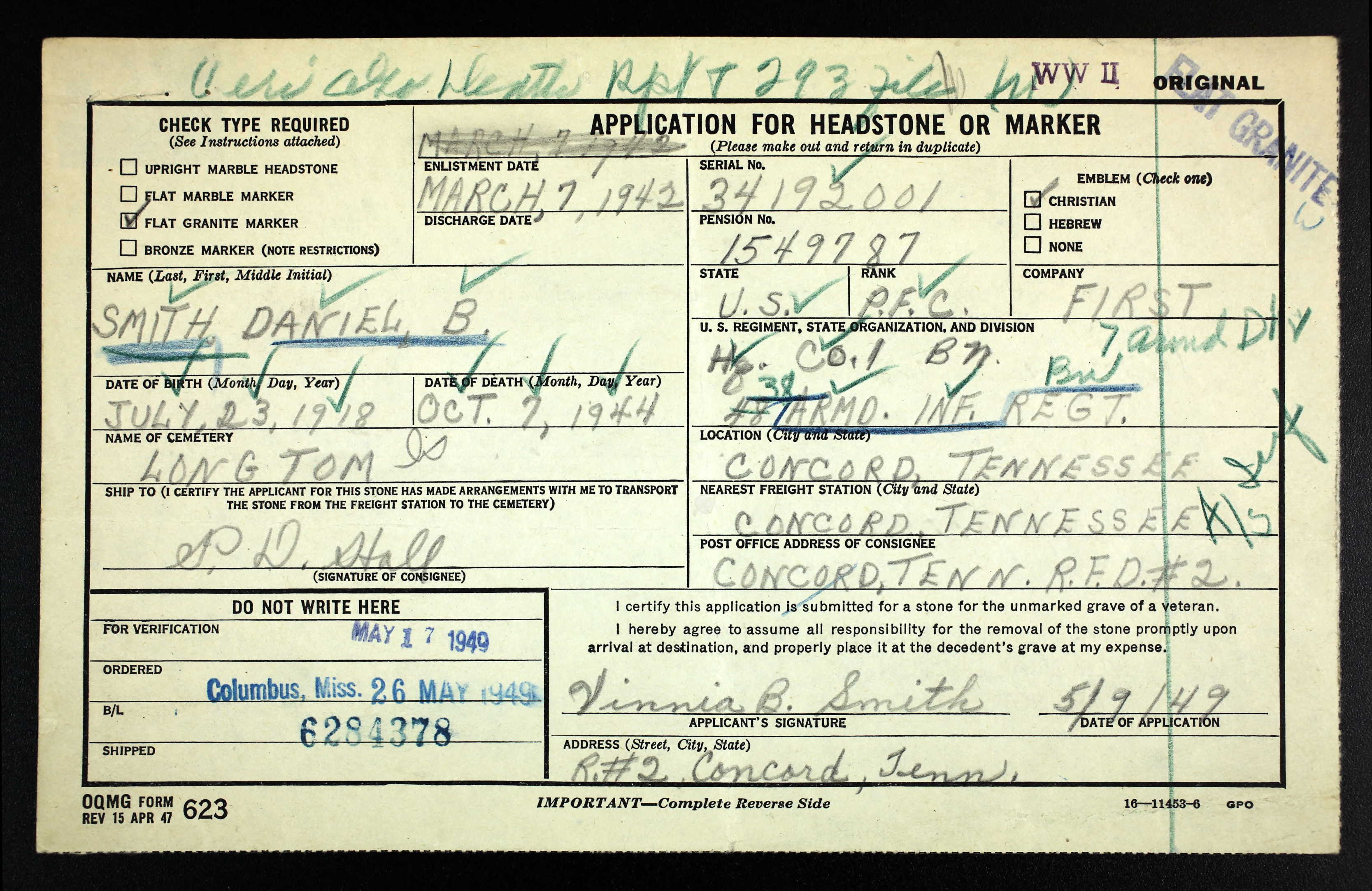 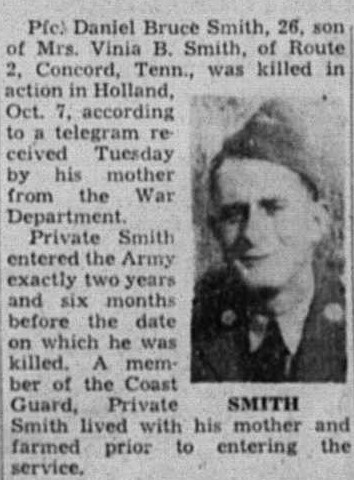 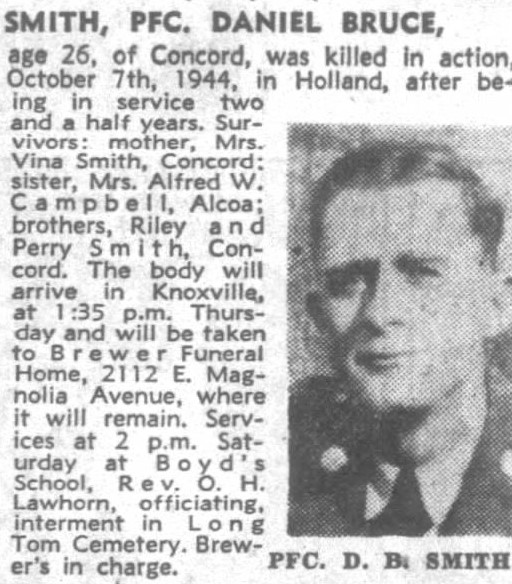