On Sunday last, at 2 p.m., funeral services were held in the church here over the remains of Dan Willard Snider, who was killed in the Battle of the Argonne on October 15, 1918, in France, and which arrived last Saturday. The church was filled to overflowing by the many friends of this young man, who was one of the many of our boys who gave up their lives at the call of their country to shoulder arms and go to war. “Buck,” as he was familiarly called, was a universal favorite with his acquaintances. How often this is true. The genial, free-hearted fellow whom everyone loves is selected by the grim reaper. The funeral service was conducted by Rev. McCarter, assisted by Revs. W.F. Patch, pastor of the Cumberland Church here, and Dr. Leaman, who is conducting a revival at the Baptist Church at Vonore. The service was impressive and the flag-draped casket reminded us all once more of the debt America owes to her boys who left home and loved ones and in a foreign land, among strangers, laid their all upon the altar of freedom. Beautiful flowers, loving words, a burial among friends, is all that can be given the dead. Let us not forget the debt due the living.
Dan W. Snider was born near here about 33 years ago and grew up to young manhood in this community attended school at Corntassel, Vonore and Madisonville, and was very popular with schoolmates and friends.
He left this place about nine years ago and went to California where he resided when he enlisted in the army. He was sent to France and there was killed in action on Oct. 15th, 1918. 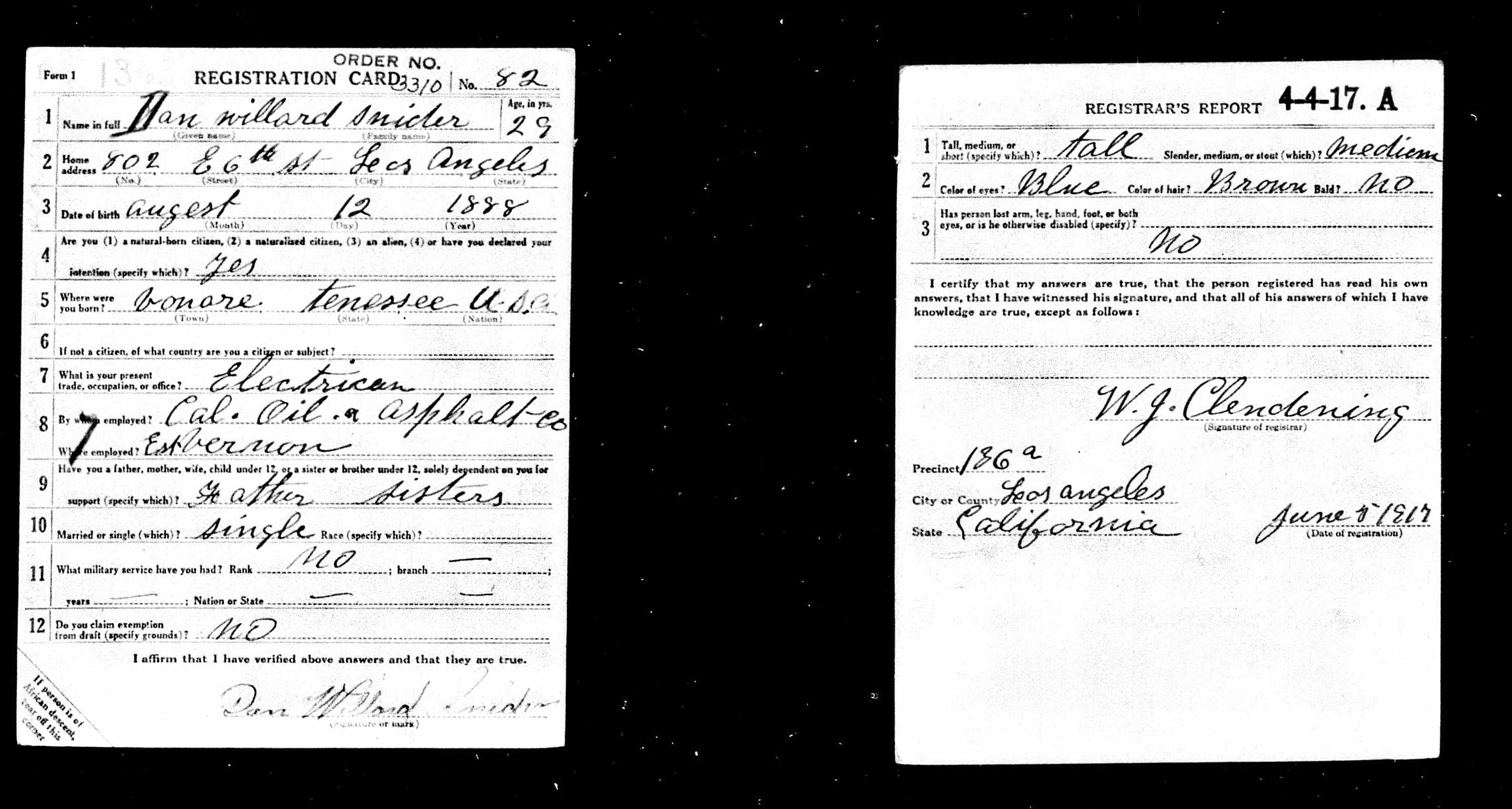 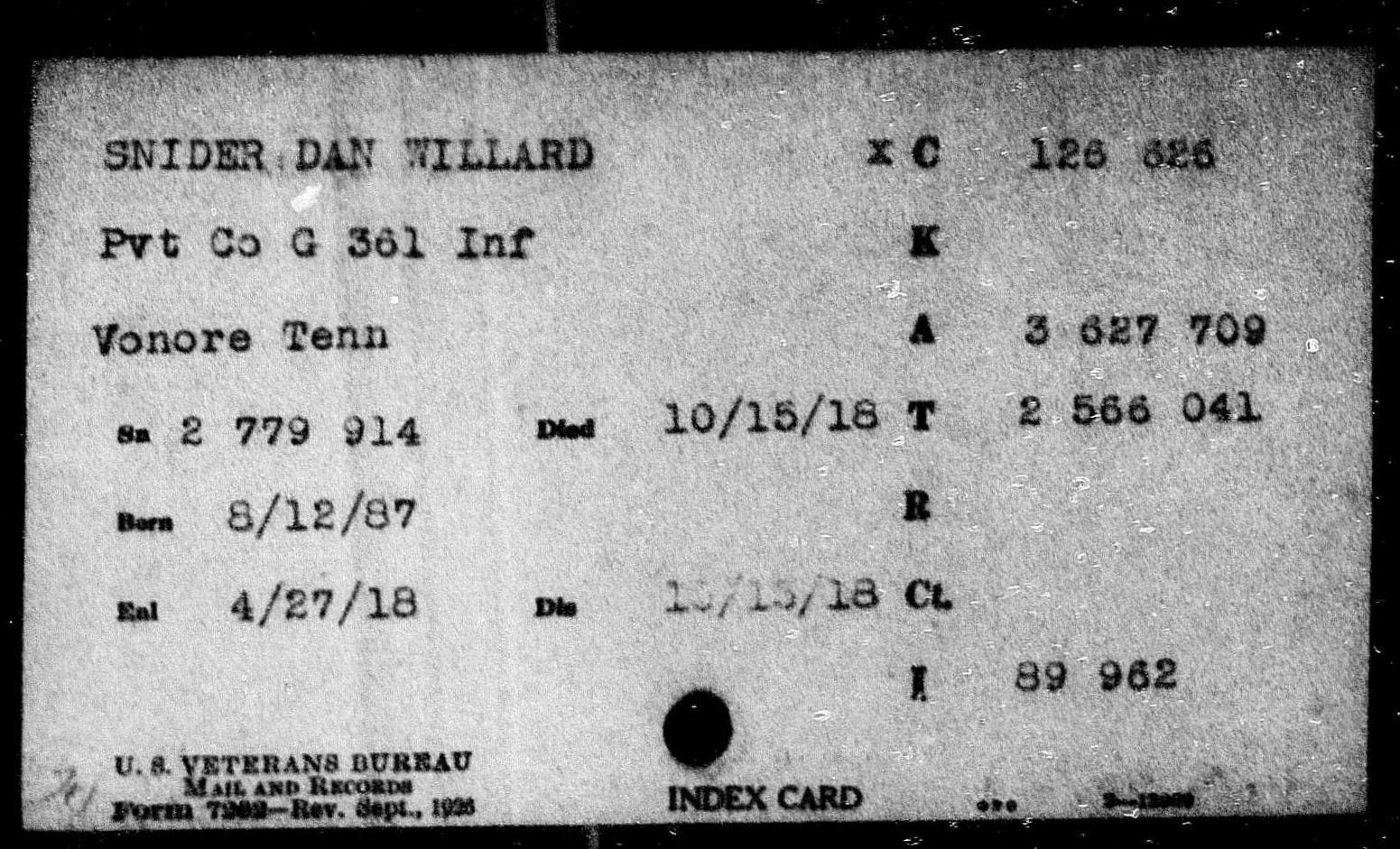