The Chattanooga Daily Times, 19 January 1945
Pfc. Dan M. Lamb, 18, USMC, son of Mr. and Mrs. Hal W. Lamb, 2506 Bailey Avenue, was reported as having died in the South Pacific on Jan. 14, but no details were given in the official message. Pfc. Lamb was a brother of Capt. Hal W. Lamb Jr., veteran B-17 pilot who recently returned to the United States for reassignment after completing a large number of missions over Germany. Capt. Lamb was here recently on furlough and is now en route to Miami for reassignment. Pfc. Lamb attended Central High School and entered the marine corps in January a year ago. He had been overseas since last July. He was a brother of Mrs. Fred Moudy Jr., whose husband is als oserving overseas. 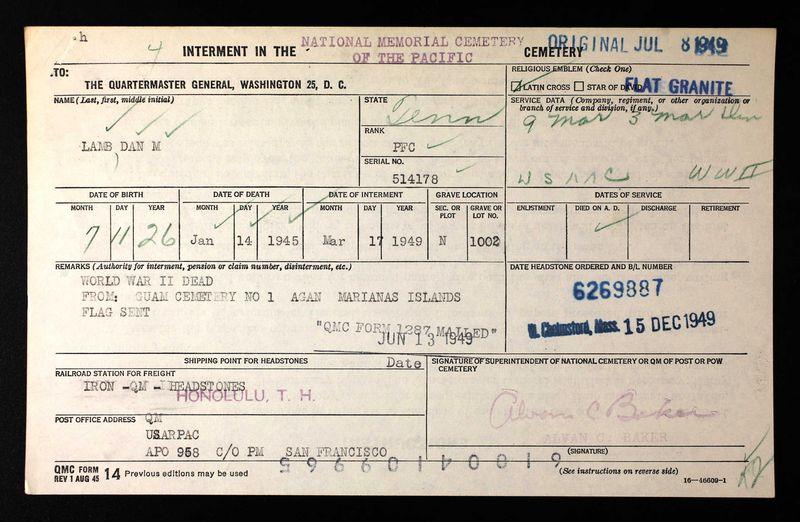 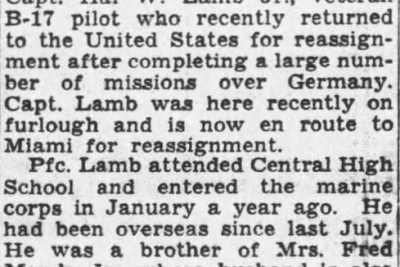 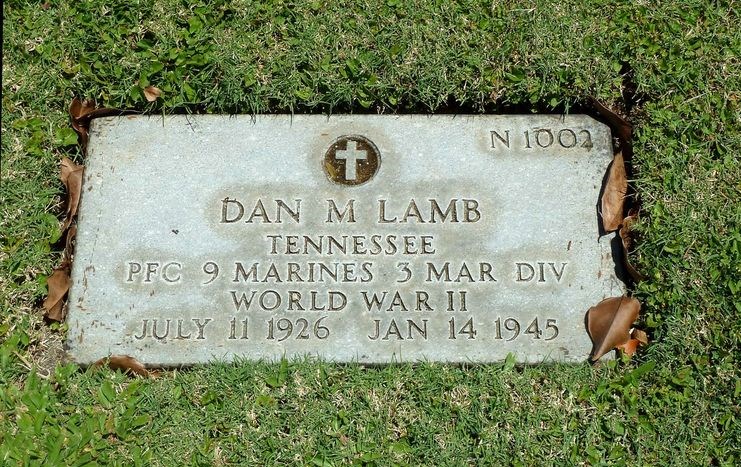