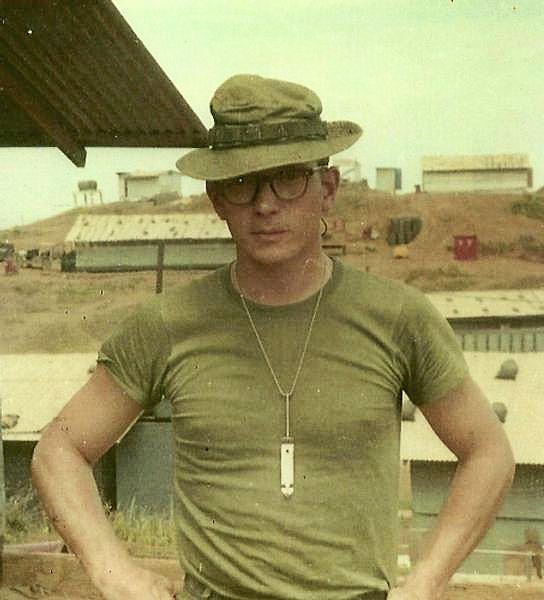 Dallas was the son of Frank B. Robinson and Ollie M. Robinson of Trade Tennessee, the dear brother of Malin; Jim; Eugene; Frank D.; Billy F.; and Shirley Robinson. He entered service (Selected Service) in the US Army on June 12, 1969 in Knoxville and arrived for duty in Vietnam on September 4, 1970 where he was assigned to and served with HHC Company, 1st Battalion, 46th Infantry, 198th Infantry Brigade, Americal Division, USARV.

During Operation Middlesex Green, on March 28, Fire Support Base Mary Ann located some 7 kilometers northwest of Hau Duc in Quang Tin Province came under a heavy mortar and sapper attack. The Base perimeter was breached by the enemy and during the ensuing battle, thirty men were killed in the action before the enemy withdrew. One of the casualties was Cpl Dallas Robinson who was killed as a result for shrapnel wounds from a hostile explosive device.