Aircraft C-87 with serial number 43-30555 left from Tezpur, Assam in India on a cargo mission to Kunming.

Statement from 1st Lt Holmes:
These men listed here were my crewmen on a flight from Tezpur, India to China (Exactly where I can’t remember). Our position at the time the ship went out of control was East of Chabua and South of Mount Likyang. The crewmen left their station with the exception of Lt Miller for the purpose of bailing out through the rear cargo door. Miller was unconscious and didn’t leave. It’s possible one figured out since they are still missing that they all may have gotten tangled up in the cargo hold and never actually got clear of the plane. I left by way of the top escape hatch and never seen any of them after they left the flight deck a short time before. The plane crashed in a north easterly direction from where I landed which was 26 day walk following a due west compass heading from and aircraft spotting station known as BD-16 atop Mt. Whitong, commanded by Sgt Tony Fa, home address Lackawana, N.J. 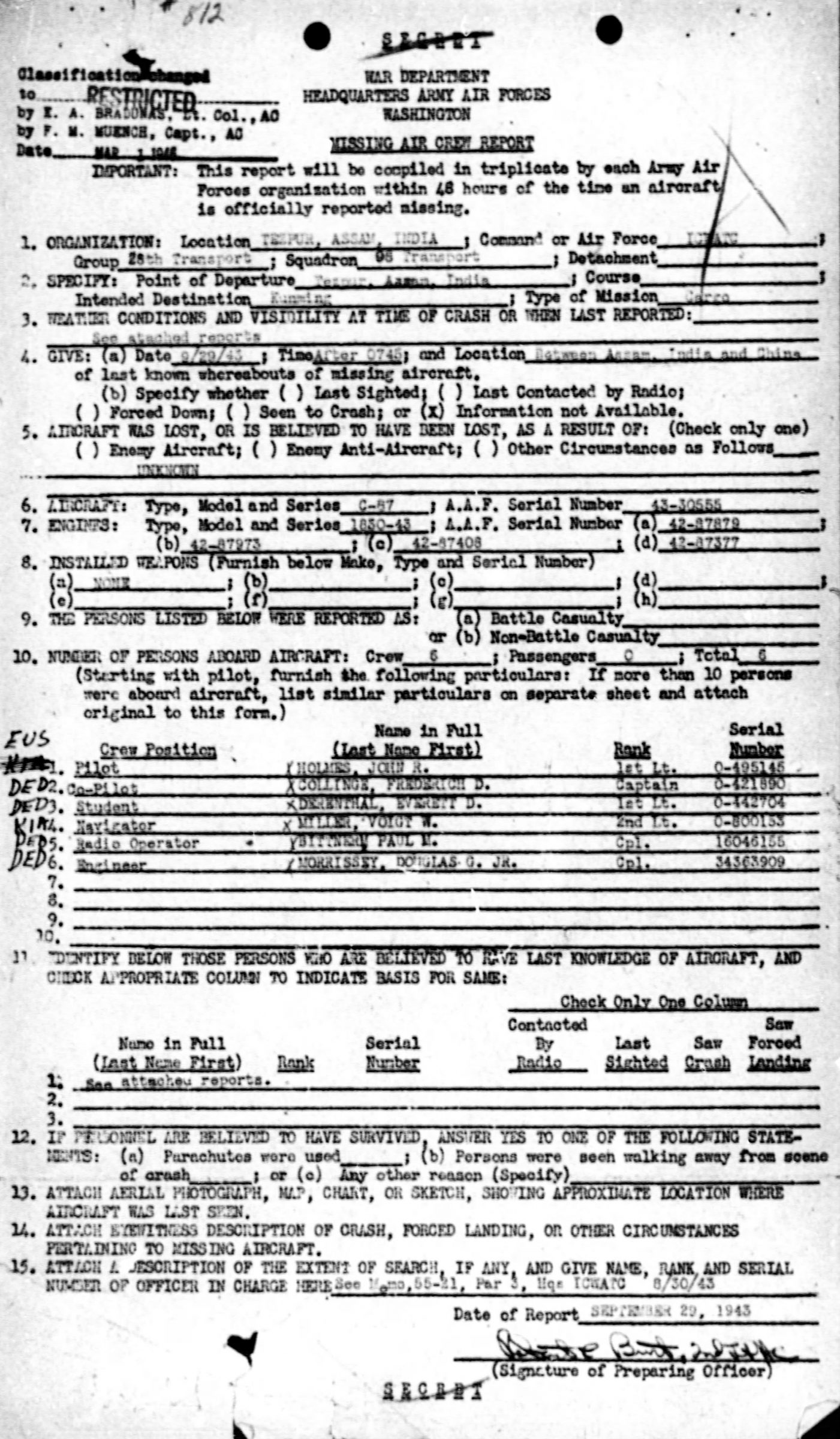 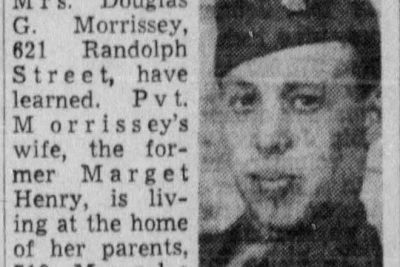 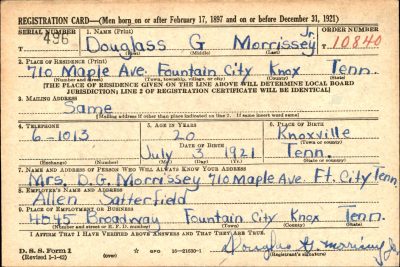