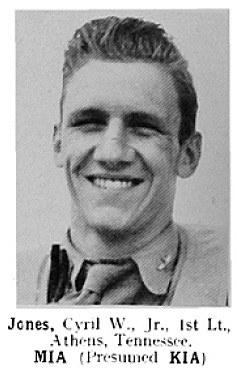 First Lieutenant Cyril W. Jones Jr. US Army Air Force was assigned to the 370th Fighter Squadron, 359th Fighter Group flying out of East Wretham England. He was the pilot of aircraft P-51D-10 with serialnumber 44-14071.
In previous missions he had been credited with shooting down two enemy aircraft. On the day of his death he was credited with shooting down four enemy aircraft before being shot down and killed. He is credited as being a Fighter Ace. He died on 12 September 1944 and is interred at E,6,19 Lorraine American Cemetery, St-Avold, France.

First Lieutenant (Air Corps) Cyril W. Jones, Jr., United States Army Air Forces, was awarded the Distinguished Service Cross (Posthumously) for extraordinary heroism in connection with military operations against an armed enemy while serving as Pilot of a P-51 Fighter Airplane in the 370th Fighter Squadron, 359th Fighter Group, Eight Air Force, in aerial combat against enemy forces on 11 September 1944, during an air mission over Germany. On this date, in a single engagement, First Lieutenant Jones shot down FOUR enemy aircraft which, when combined with two previous victories, made him an ACE. First Lieutenant Jones’ unquestionable valor in aerial combat is in keeping with the highest traditions of the military service and reflects great credit upon himself, the 8th Air Force, and the United States Army Air Forces. 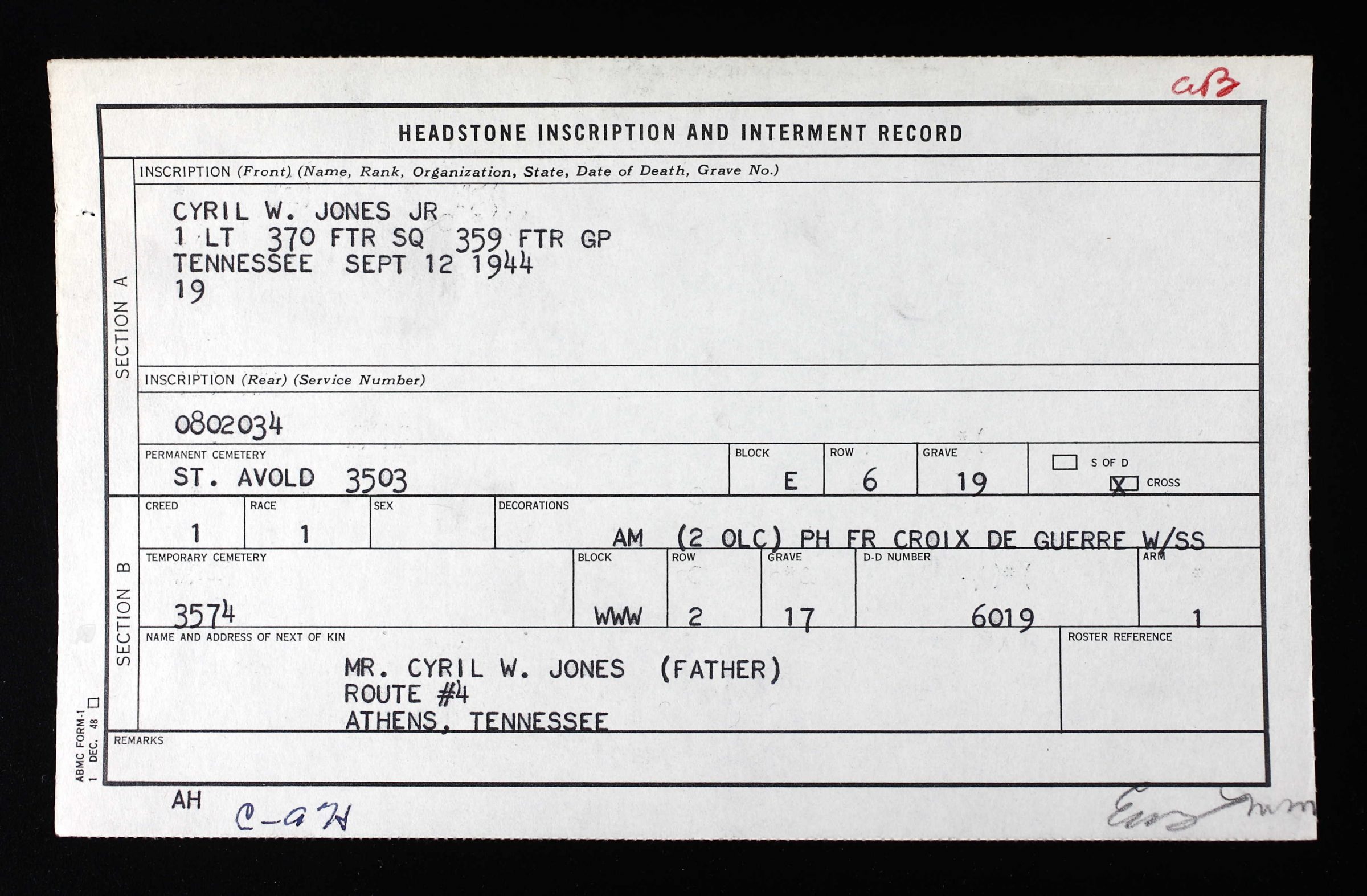 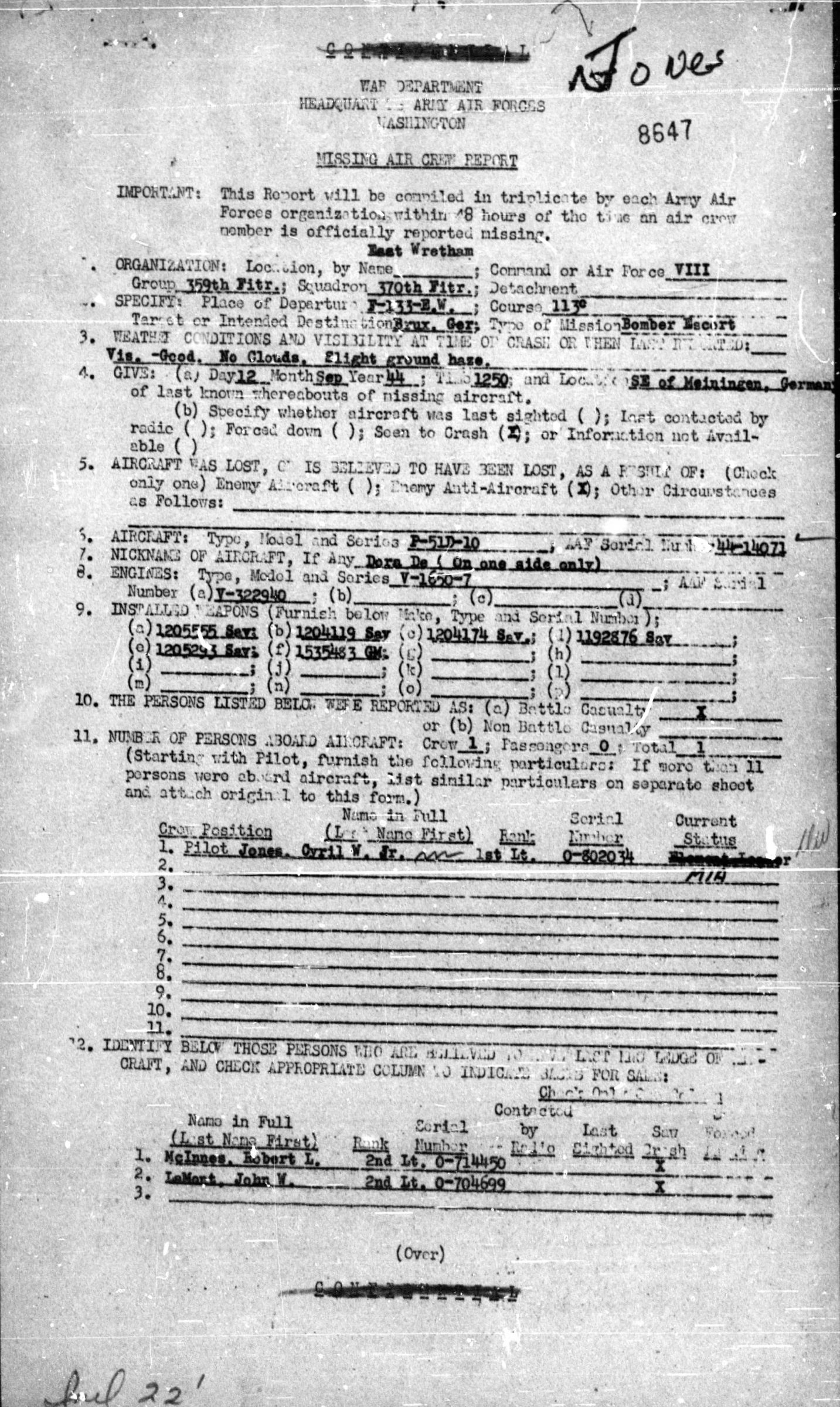