Aircraft B-24H with serial number 42-52269 departed from Grottaglie and was on a combat mission to Mestre, Italy.

Statement from James C. Flower:
As we left the target, the ship, Aircraft 42-52269, which was piloted by Lt. John L. Bell, began to lose altitude. When we lost the fighters our plane, which was piloted by Lt. Wilmer E. Goad, left the formation and followed Lt. Bell’s plane. First #1 engine was feathered and then #2. I could see holes in the wings. When we were over the Adriatic Sea, about thirty or forty minutes after the target, the men began throwing out guns, ammunition, and other heavy objects. The plane started to head back to the Italian coast. One man chutes out from the Bombay and I saw a dark object, which I connot identify, fly off him and follow him down. I did not actually see the plane hit the water, but I did see a splash directly below where I last saw the plane. 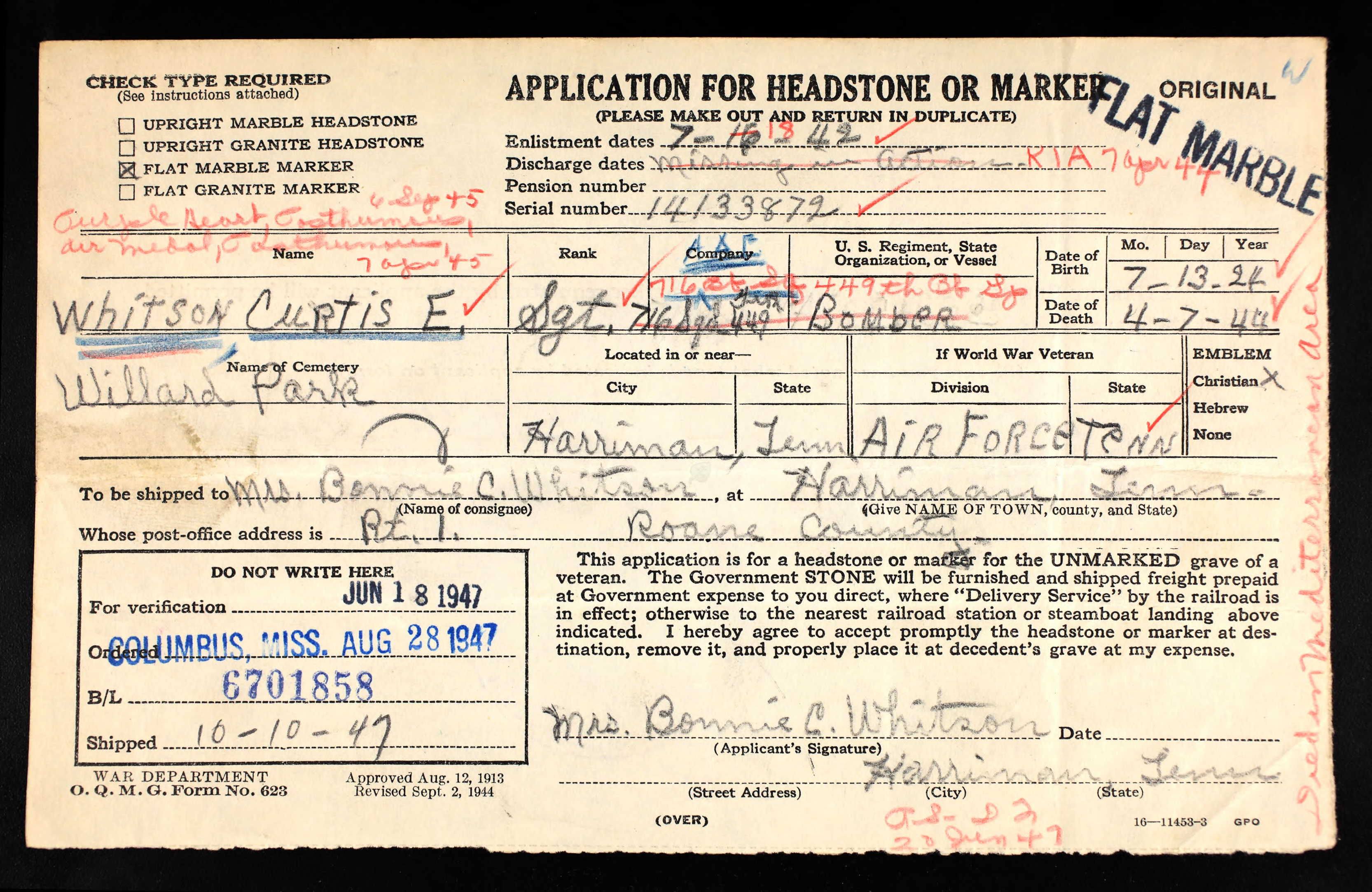 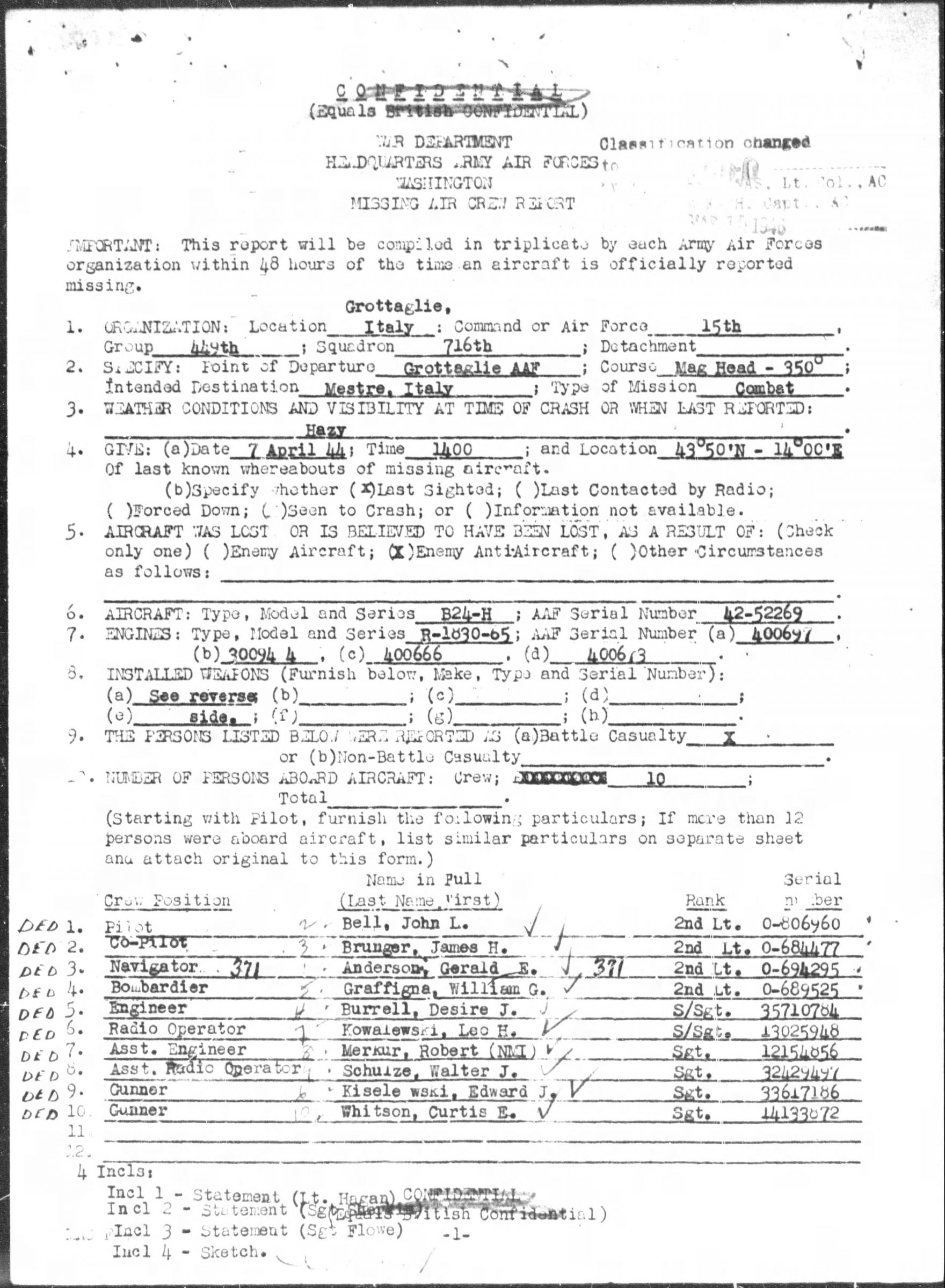