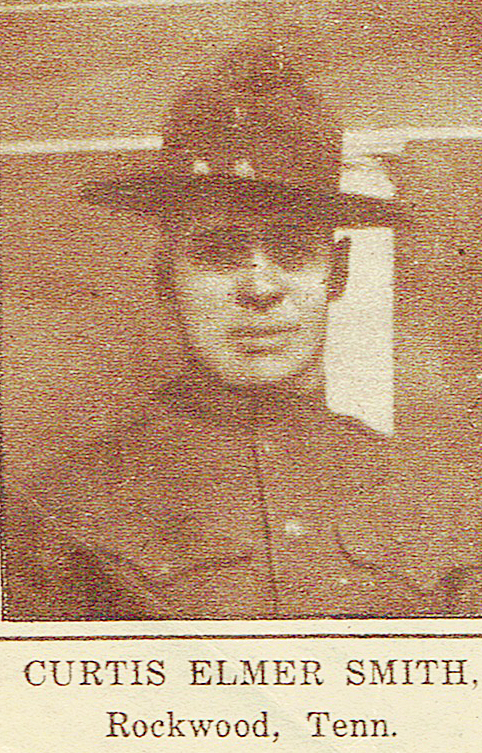 Curtis Elmer Smith was born 10 October 1895, Lenoir City, Tennessee. He trained at Camp Sevier in South Carolina and sailed to Europe in May, 1918. He died 17 July 1918 in  Ypres, Belgium

Sergeant Smith was the first volunteer in the Rockwood company. He was also the first Rockwood boy to be killed in action. The local American Legion Post, which was named in honor of Sergeant Smith, will have charge of the funeral and burial when the body reaches Rockwood, and the day will be a memorial to the soldier dead.
Curtis E. Smith was one of the most popular boys in Rockwood, and when the casualty lists contained his name among the dead it brought sorrow to the hearts of everyone. As stated, it is not known at this time when the body will reach home, but the day will be one of sorrow for all, and the funeral will draw no doubt the largest assemblage ever seen in the city on a similar occasion. Mr. and Mrs. Smith have been awaiting definite information since the first message was received, but further than the bare announcement that the body had reached Hoboken, nothing further has been heard from the war department. The Rockwood Times, Thursday, 14 Apr 1921, Vol. 41, No. 15.

Picture from the Chattanooga Sunday Times Memorial Supplement May 25, 1919 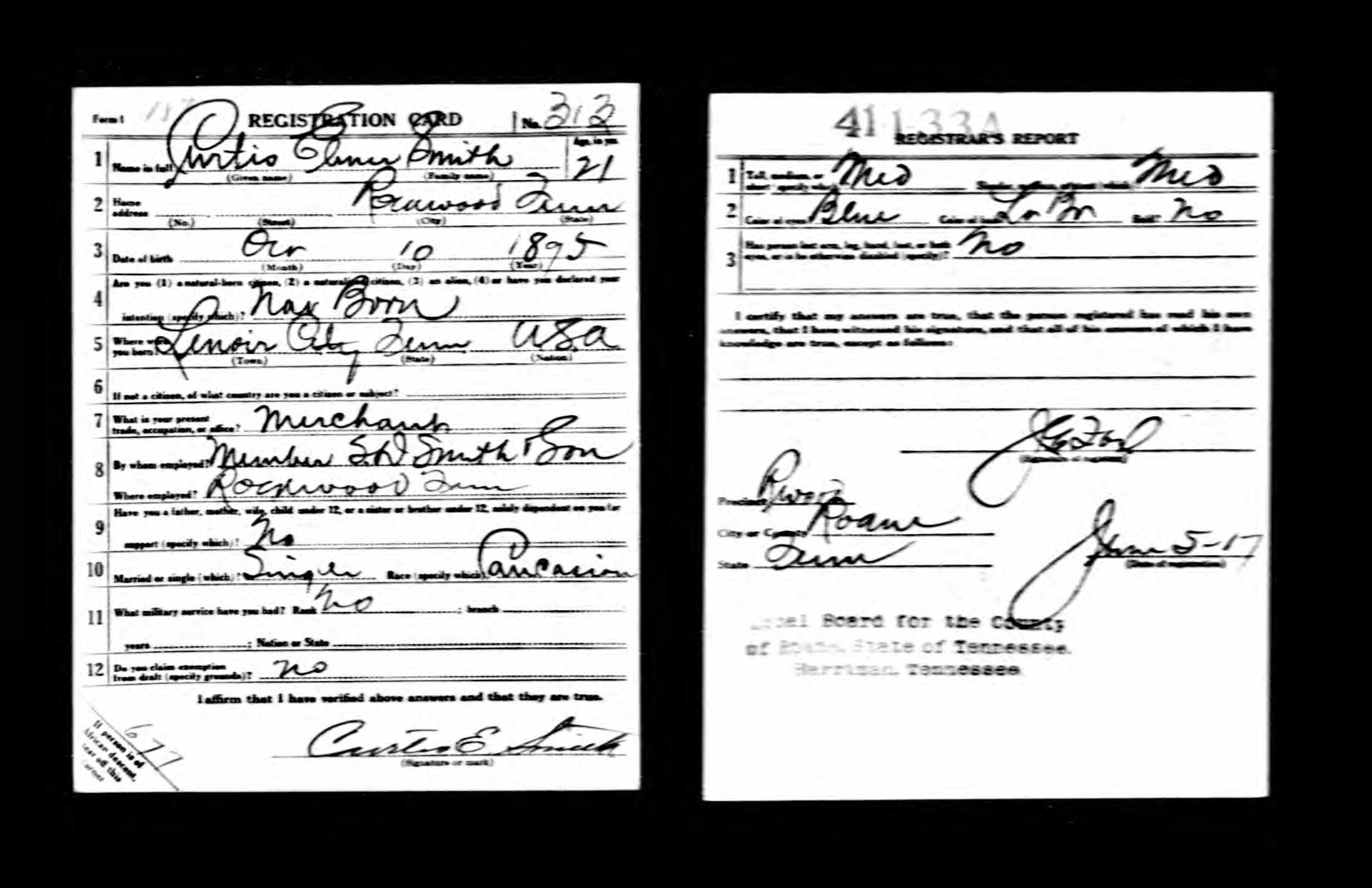 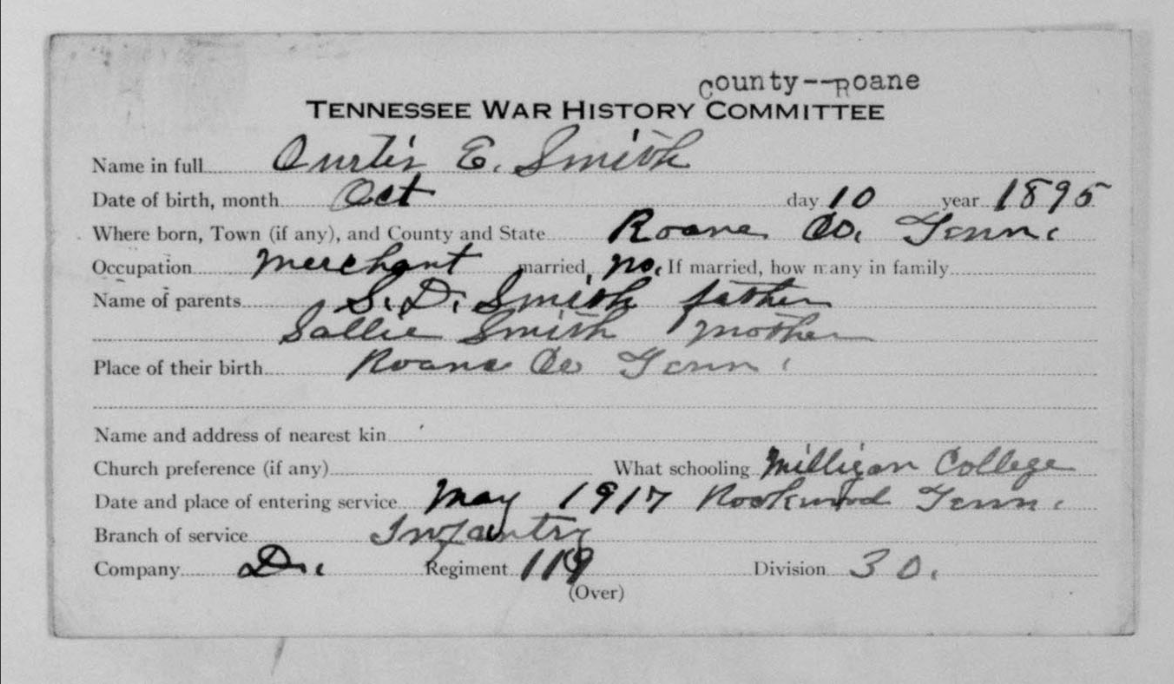 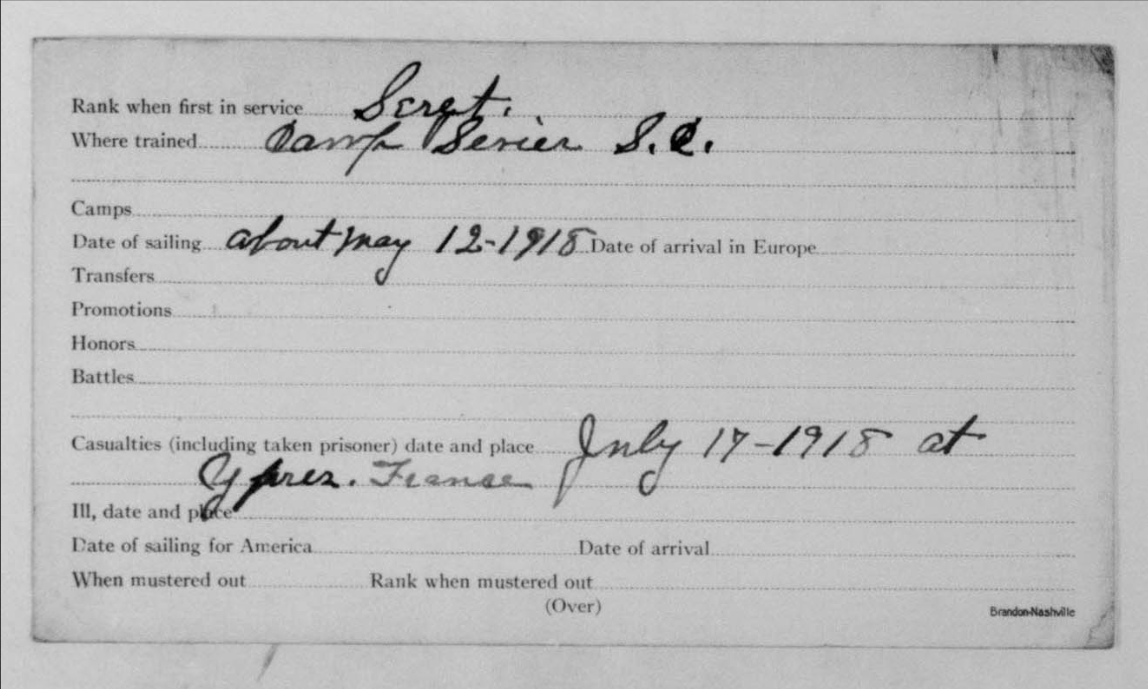 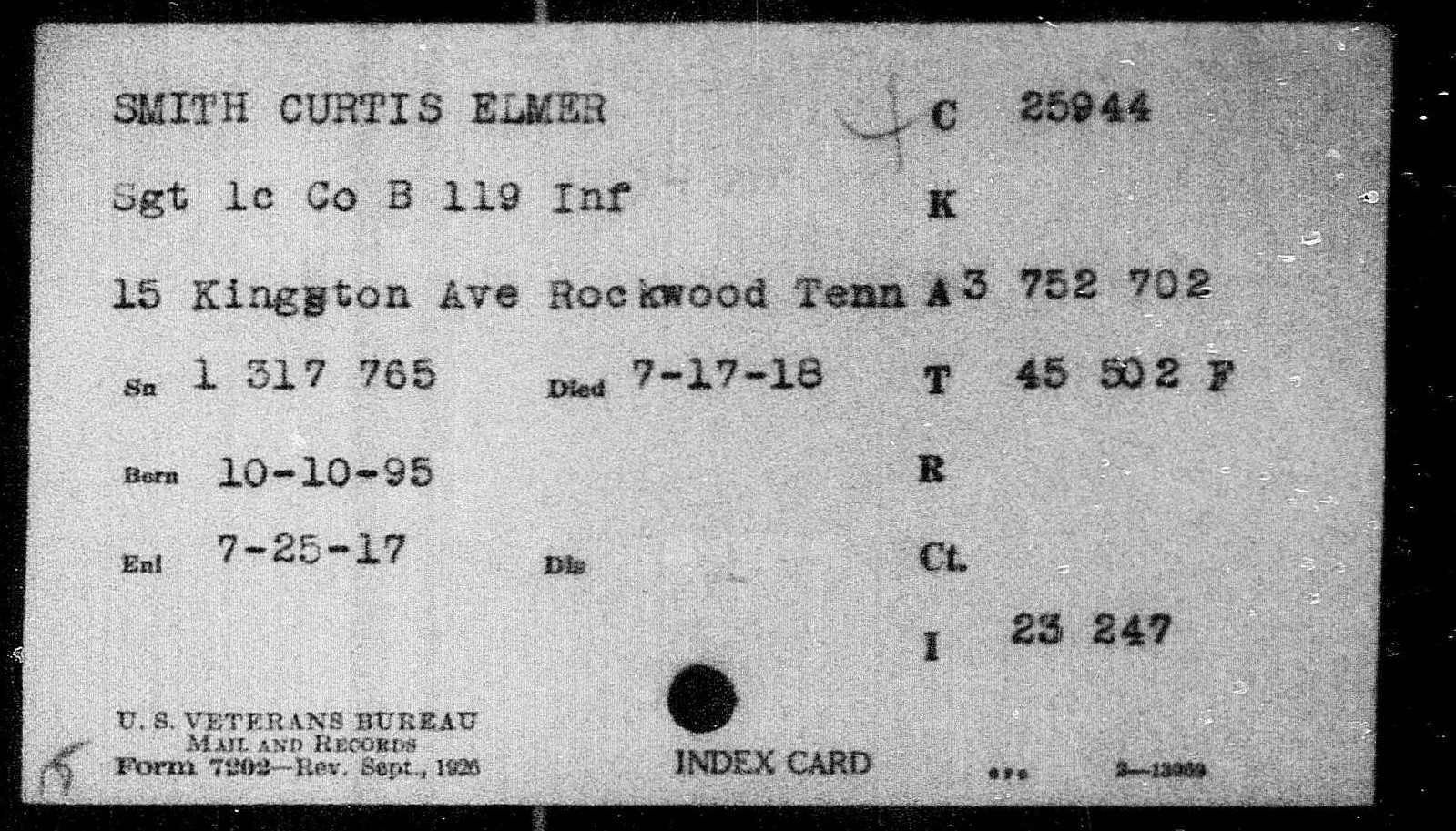 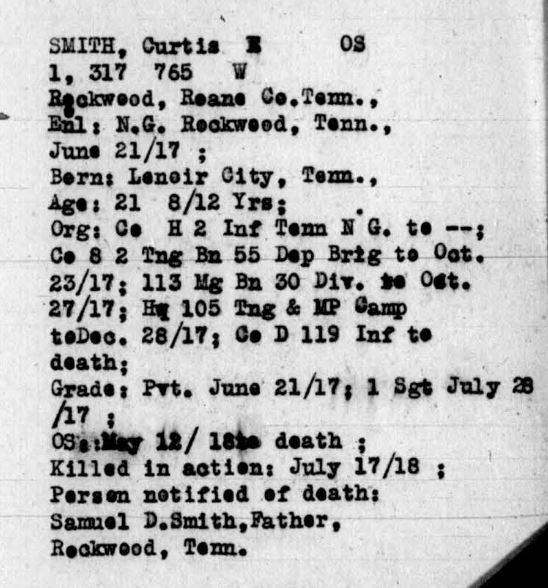