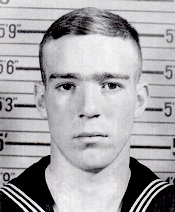 In or near Tablas Strait, Philippine Islands.
USS Grayling SS-209
He was reported missing in action 24 Septenber 1943 and officially declared ded on 3 January 1946. He is memorialized at the Manila American Cemetery.

Grayling began her eighth and last war patrol in July 1943 from Fremantle, Australia but was not heard from again after 9 September 1943. Grayling was officially reported lost with all hands 30 september 1943, after having recorded five major kills totaling 20,575 tons. Even today, the exact cause of the loss of Grayling is unknown, but on 9 September 1943, Japanese passenger-cargo vessel Hokuan Mary reported a submarine in shallow water west of Luzon. The ship made a run over the area and noted an impact with a submerged object. It is assumed the object was Grayling. The submarine was scheduled to make a radio report on the 12th, which she did not, and all attempts to contact her failed.USS Grayling (SS-209) was lost with 76 officers and men. 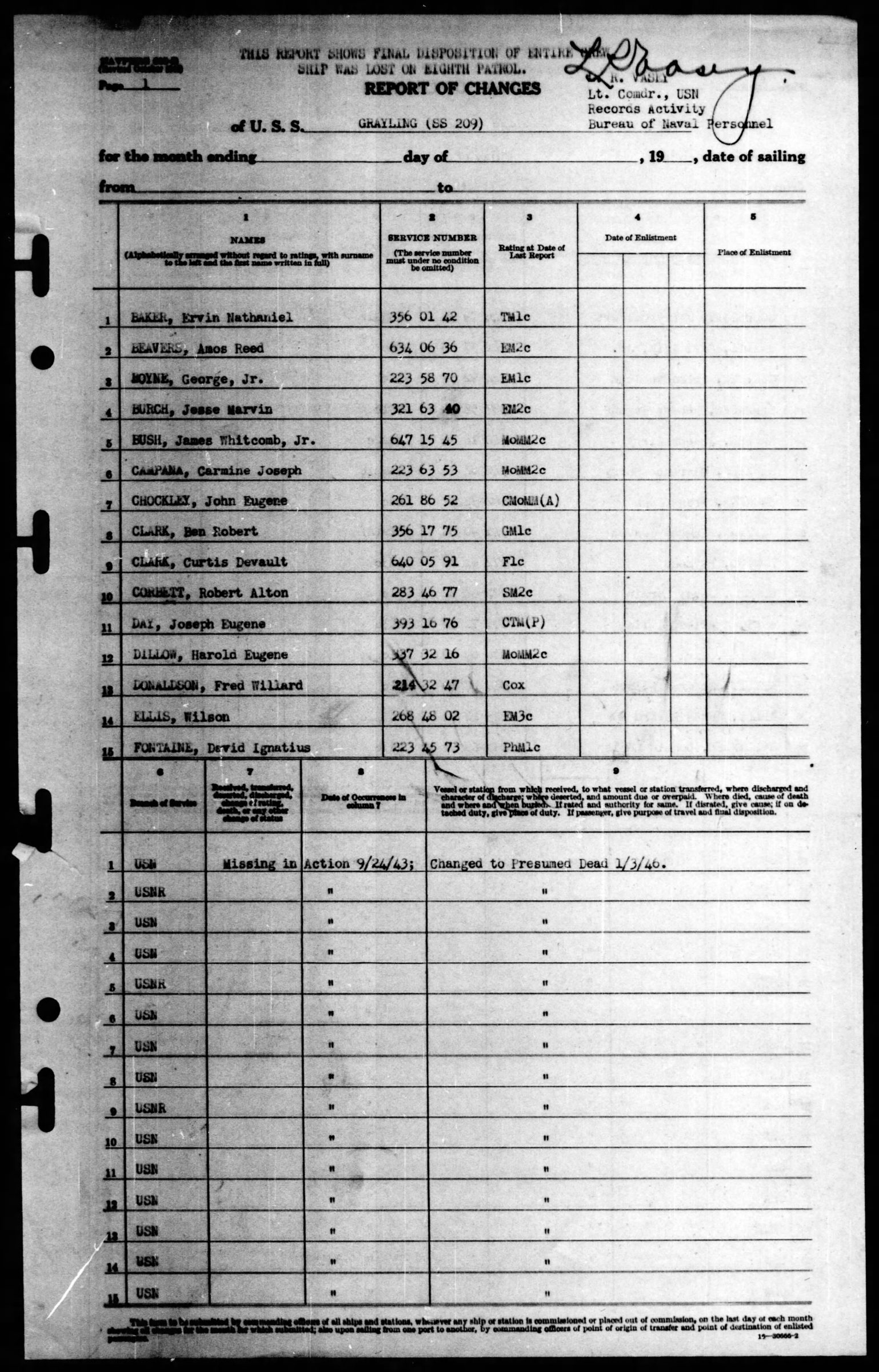 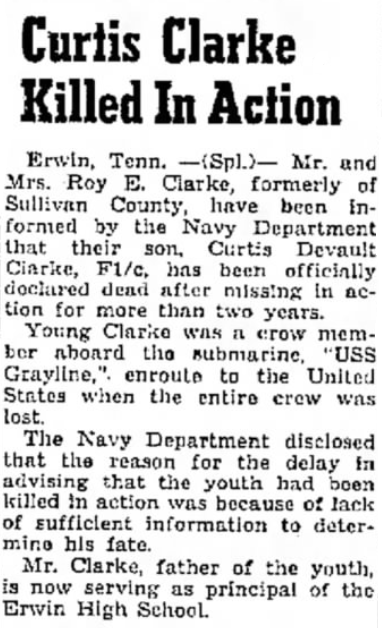