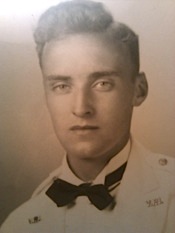 Corporal Courville Tarpley was my uncle and brother of my mother, Mary Nell Tarpley Baker of Knoxville, TN. He was killed in the Battle of the Bulge, Dec 27, 1944 at Manhay, Luxemburg Province, Belgium. He was a paratrooper – 517th Parachute Infantry Combat Team, attached to the 82nd Airborne Division. He was killed one month short of his 21st birthday.

He grew up in Cleveland, TN, and was a 1942 graduate of Bradley Central High School. He went on to attend VA Tech until his education was interrupted by his enlistment to serve in WW II. He was survived by his mother, Flora Ella Jones Tarpley, father, Truman Tarpley and sister, Mary Nell. Place of burial is Hillcrest Cemetery, Cleveland. TN.
–Submitted by his niece, Margaret Ann Bailey 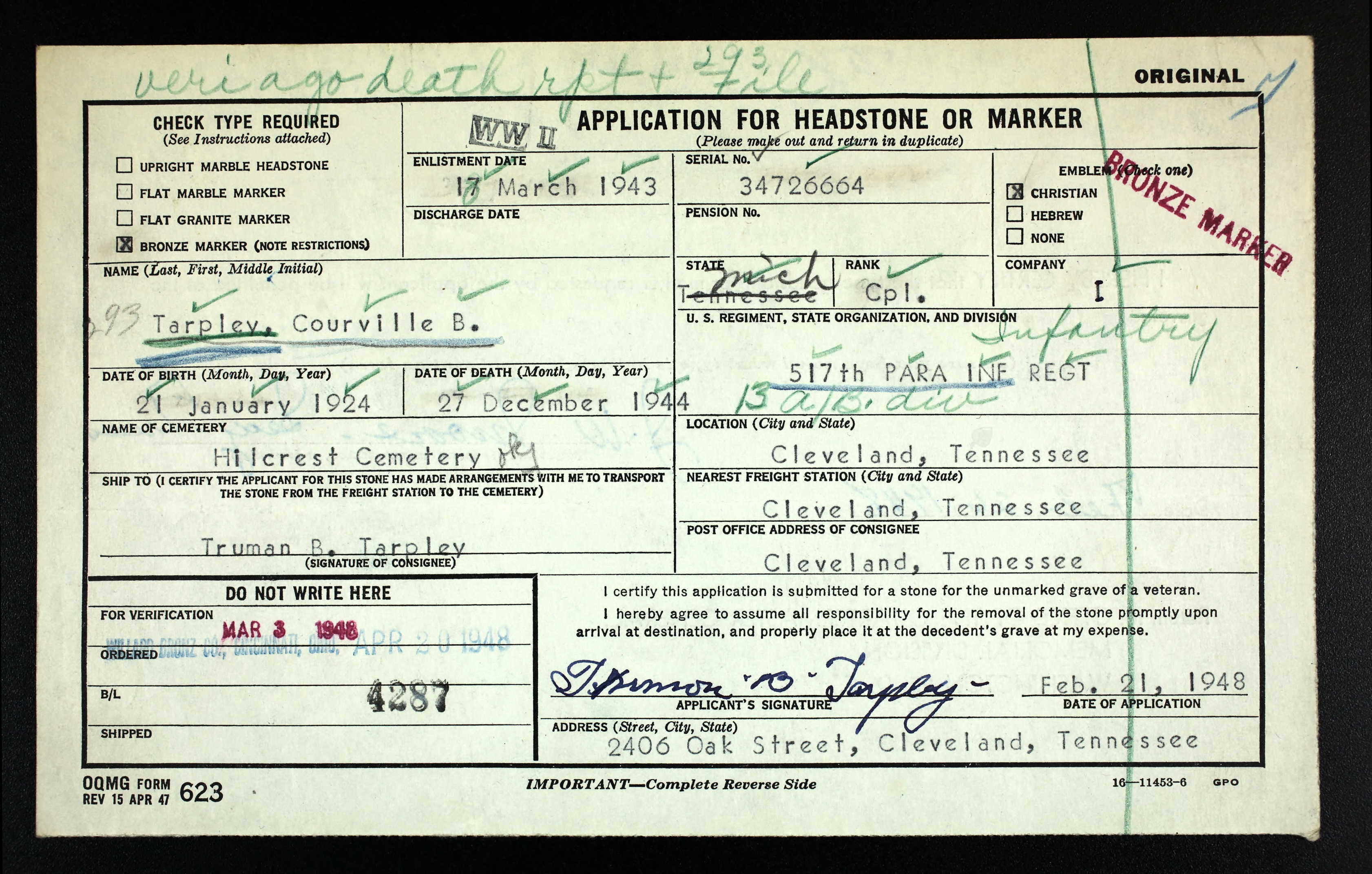