Cosby Arnold Tinch was born in 1918 to William Anderson Tinch and Virginia Hall Tinch of Fentress County, Tennessee. He had one sister Mary M. Tinch.

At age 19, Cosby married Opal Wilson on December 24, 1937 in Fentress County. Opal’s address at the time of Cosby’s death was in Indiana.

Cosby enlisted in the United States Naval Reserve on October 13, 1943 and was assigned to the Carrier CV-19 USS Hancock on April 15, 1944. The USS Hancock was an Essex-class aircraft carrier built during World War II. The Hancock was commissioned in April 1944 and served in several campaigns in the Pacific Theater Operations earning four battle stars.

On April 7, 1945, while patrolling in the Pacific, a Japanese Kamikaze pilot dropped a bomb on the flight deck ten feet inboard of the port side catapult and caused a devastating explosion. The bomb explosion caught several planes on the deck on fire and killed scores of men and blowing many of the men off the ship’s deck into the ocean. Among those that were killed in action and not recovered was Seaman 1st Class Cosby Arnold Tinch.

He was posthumously awarded the Purple Heart and his name is inscribed on the Tablets of The Missing at the Honolulu Memorial in Honolulu, Hawaii.

He also had a sister named Delta Ola Brooks, and her husband Ogle was serving in the South Pacific in the army at the same time Cosby was killed.
–Submitted by Shaun Brooks 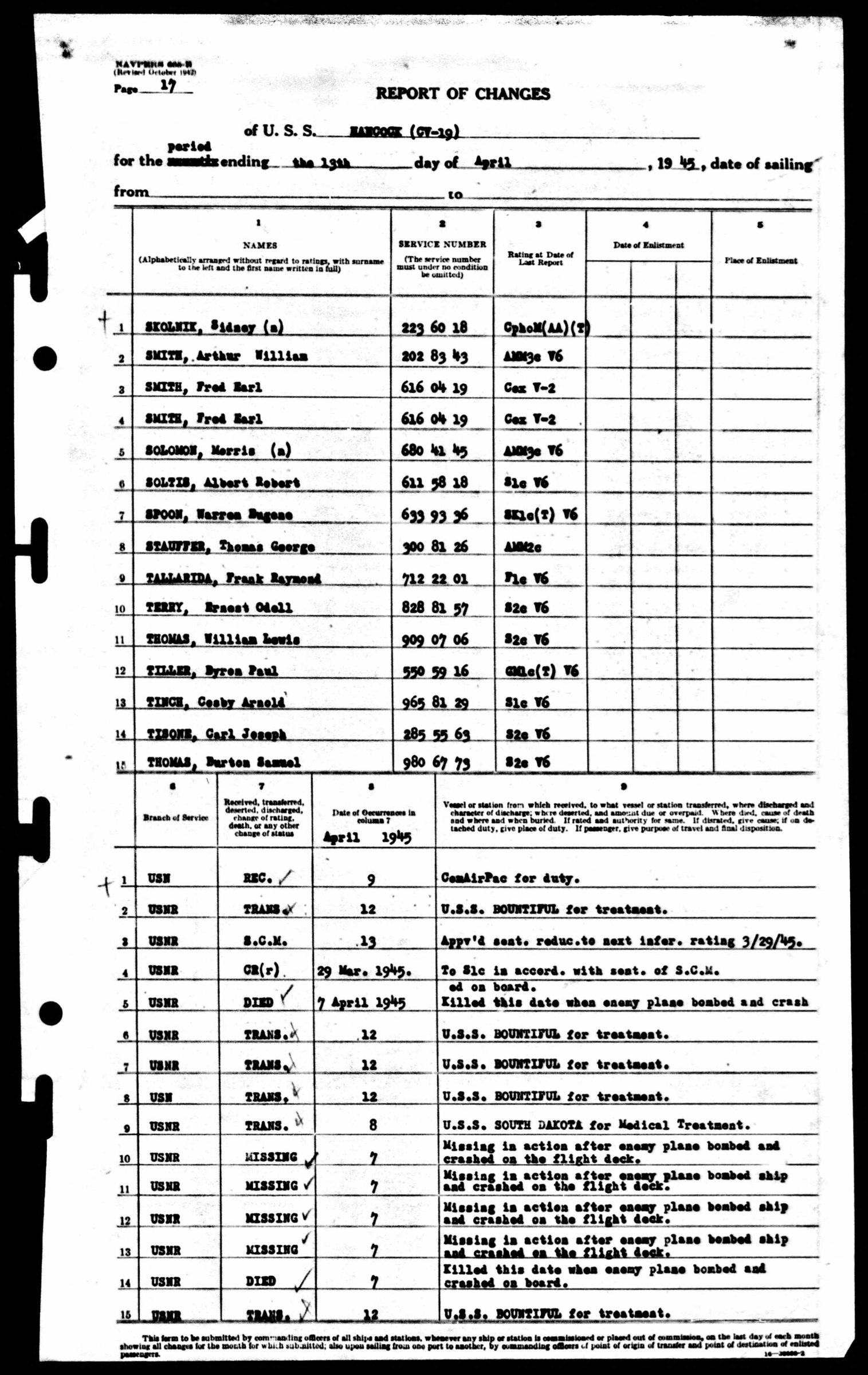