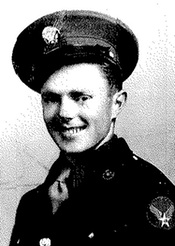 He enlisted for military service on February 13, 1943, in Fort Oglethorpe, Georgia. He served in the Pacific Theater in the 64th Bomber Squadron, 43rd Bomber Group, Heavy. He was killed in action on Tuesday, June 13, 1944, and is memorialized at Manila American Cemetery in Fort Bonifacio, Manila, Philippines. He was awarded an Air Medal with an Oak Leaf Cluster and a Purple Heart.

Missing Aircrew Report MACR number 9340 deals with loss. It states that members of two other B-24s on this mission saw an aircraft explode in mid-air and crash into the water. Some wreckage was apparently located the following day, though searches for surviving crew members returned no results. 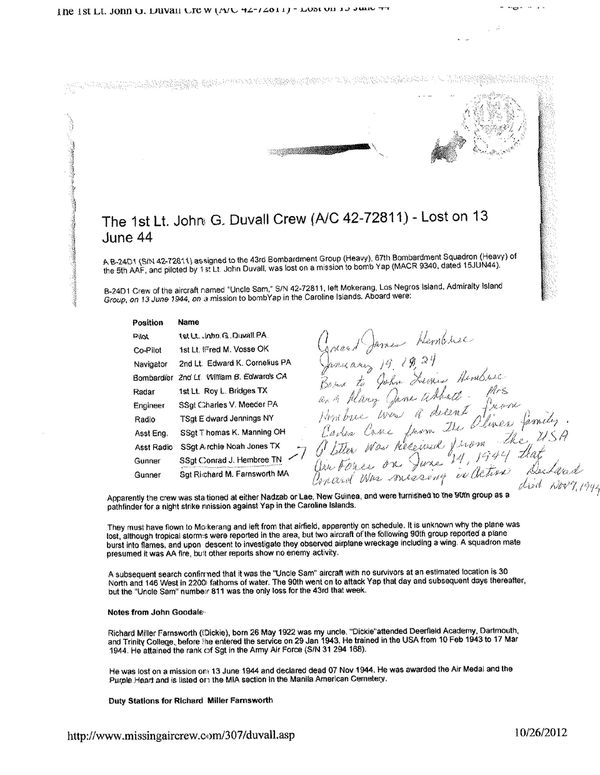