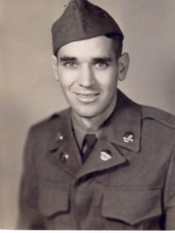 Clyde McIlwaine Mac Pinkston was one of twelve sons born to Elbert B. Pinkston and Lillian Isabell Lamon Pinkston. He was born February 24, 1928, and as a boy attended Young High School. He was a member of South Knoxville Baptist Church and lived in the South Knoxville Community. After his studies at Young High, Clyde attended and graduated from Knoxville Business College. He served with the United States Merchant Marines in the late 1940s prior to joining the United States Army. The year 1951 saw many changes for the Pinkston family. Mac was married to Miss Juanita Hill on May 7, 1951, in Monroe County, TN, and the following month his mother Lillian died on June 13, 1951. Mac entered the United States Army and was sent to Korea. He was assigned to the 8th Cavalry Regiment, 1st Cavalry Division, and was promoted to the rank of Private First Class.

Elbert B. Pinkston, Mac’s father, died in Knoxville on November 17, 1951, and a cablegram was sent to Mac in Korea. Then, the message was received in Knoxville that Mac had died one week earlier. He was returned from Korea and funeral services were held Sunday, February 17, 1952, at Berry Funeral Home Chapel with interment following at Woodlawn Cemetery. American Legion Post Number 2 provided full military honors at the graveside.
Mac was survived by his wife, Juanita Hill Pinkston, and a daughter, Patricia Ann Pinkston, who was born after Mac arrived in Korea. He died having never seen his daughter. He also left his brothers, Thurman, Marshall, Paul, Charles, Lawrence, Ted, Major Lamon H., Master Sergeant Kenneth, and Claude Pinkston. 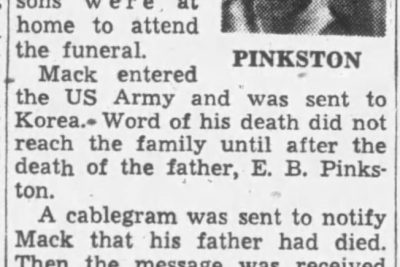 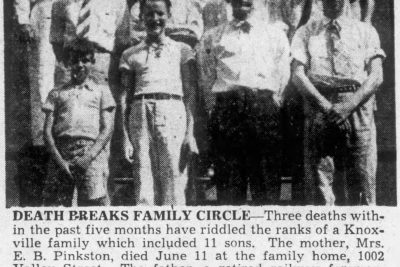