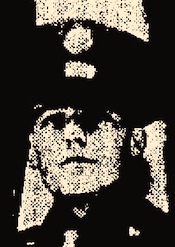 News article The Kingsport Times, 13 August 1944
Killed in Italy – Pvt Clyde M. Amos, 19, son of Mr. and Mrs. Gilmer C. Amos, Kingsport, was killed in action in Italy, July 16, according to a message received from the War Department.

News article The Kingsport News, 4 March 1949
Castlewood Boy Will Be Buried In Kingsport
The body of PFC Clyde Amos, 20, who was killed in action in Italy on July 16, 1944, will arrive in Kingsport Saturday at 2:15 p.m. accompanied by military escort from Atlanta, Ga. Pfc Amos was the son of Mr. and Mrs. Gilmer C. Amos, Route 2, Kingsport. He entered the service in the spring of 1943, and went overseas in April, 1944, as a member of Co. A, 133rd Infantry. His outfit went to Italy almost immediately where he met his death only three months later. He was born near Castlewood, Va., and came to Kingsport about 10 years ago with his family. In addition to his parents, he is survived by five brothers, William Brady, Gilmer C., Jr., Loyd, Cecil, Bert, and Kenneth Lee Amos, all of Kingsport; and four sisters, Mrs. Dovie Bussell, Miss Wanda Sue Amos, Miss Zola Clarise Amos of Kingsport and Mrs. Lydia Sandridge of Gate City, Va.; and his maternal grandfather, A. B. Kiser of Carterton, Va. The color guard of DeWitt Byrd Post, VFW, will meet the train and escort the casket to Hamlett-Dobson Chapel where it will remain until 1 p.m. Sunday at which time it will be taken to the parents home. Services will be held Monday at 1 p.m. at the home where Chaplain Charles W. Fleenor of Hammond Post No. 3, American Legion, will hold a brief prayer service, followed by military services by the American Legion at the City Cemetery. Members of the Legion will act as pallbearers. 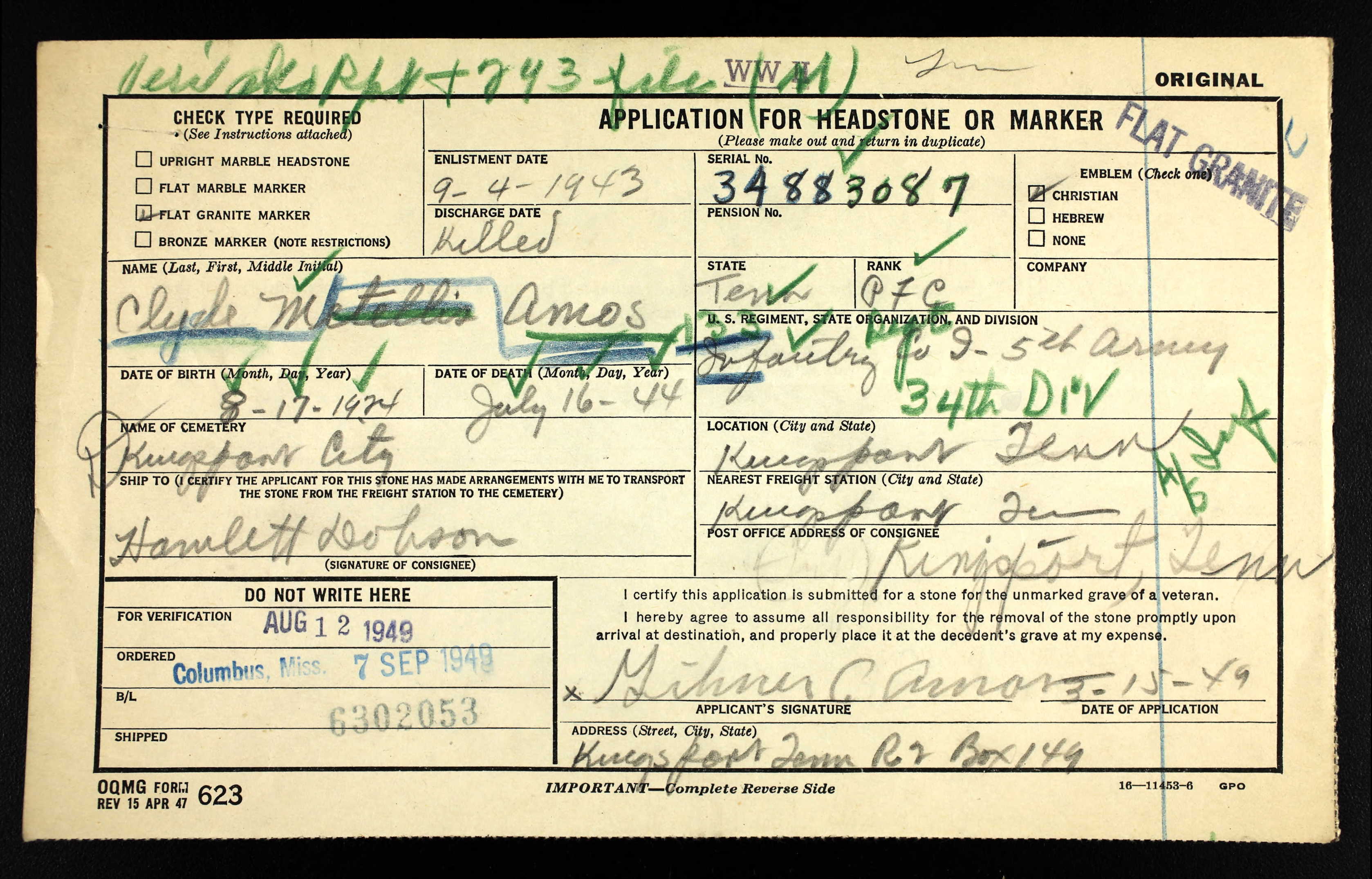 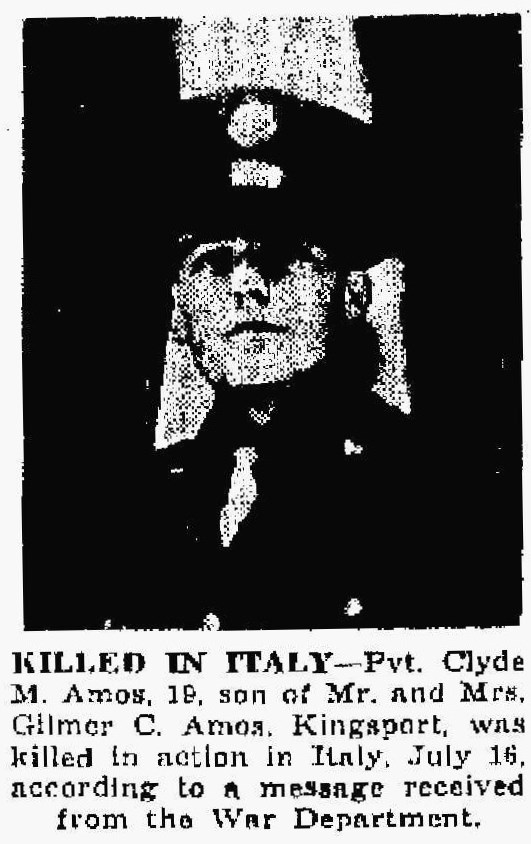