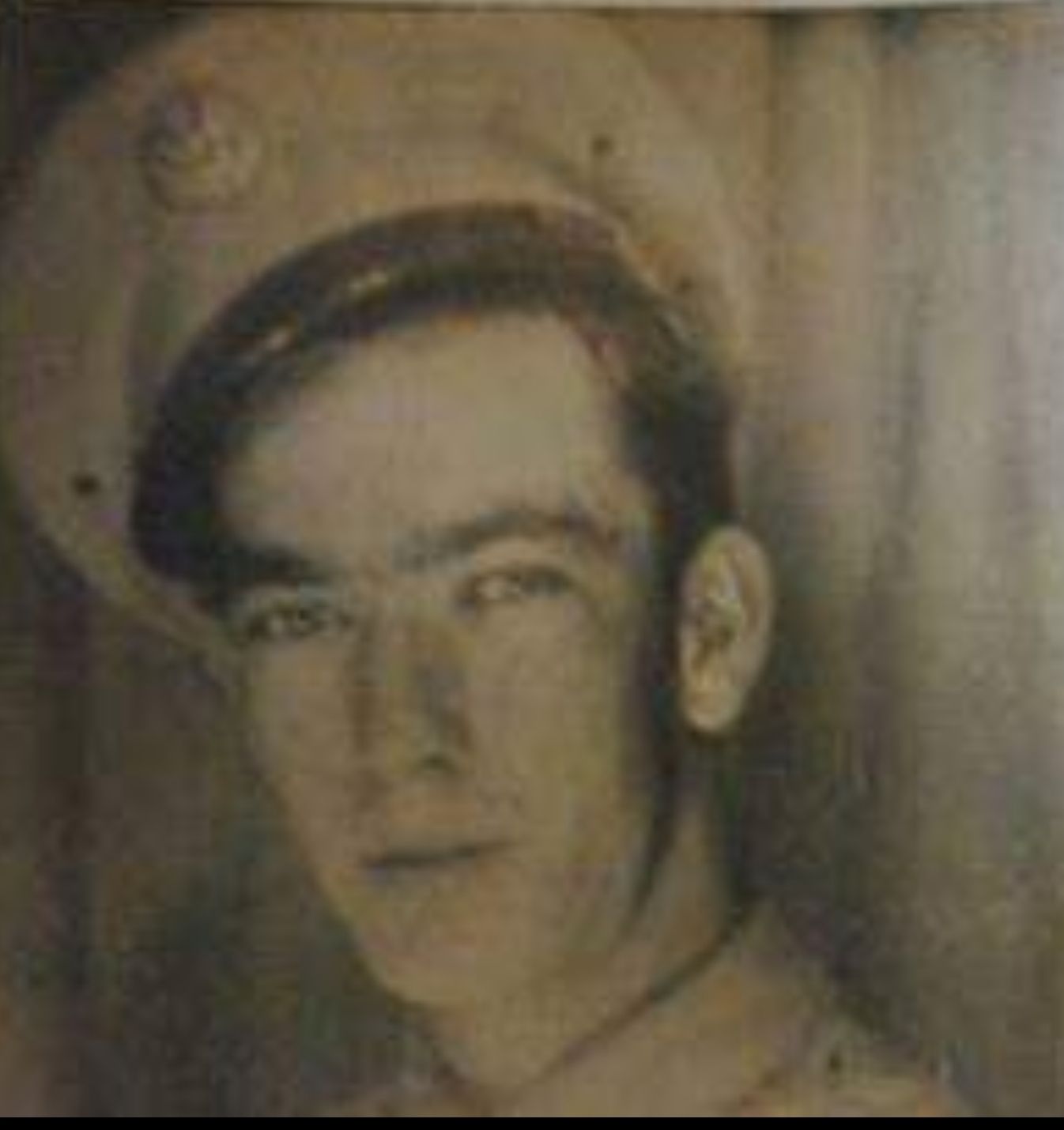 CLYDE J. ADKINS DIES OF WOUNDS
Elizabethton–Will Adkins of Elizabethton has been notified by the War Department that his son, Pfc. Clyde J. Adkins died January 25 from wounds received in action January 24.
Private Adkins had participated in several battles in North Africa, Italy, Sicily and France. He received his training at Camp Hood, Texas, and was serving with General George S. Patton’s Third Army as a radio operator. He had been in service 23 months, 19 of which had been spent overseas.
Mr. Adkins has received the Purple Heart awarded his son for wounds received June 3, 1944. Later Private Adkins returned to duty.
He was an employee of the Tennessee Eastman Corporation prior to entering the service.
Surviving, besides his father, are two sisters, Mrs. R.H. Overbay of Fordtown, and Miss Willie Mae Adkins of Elizabethton. 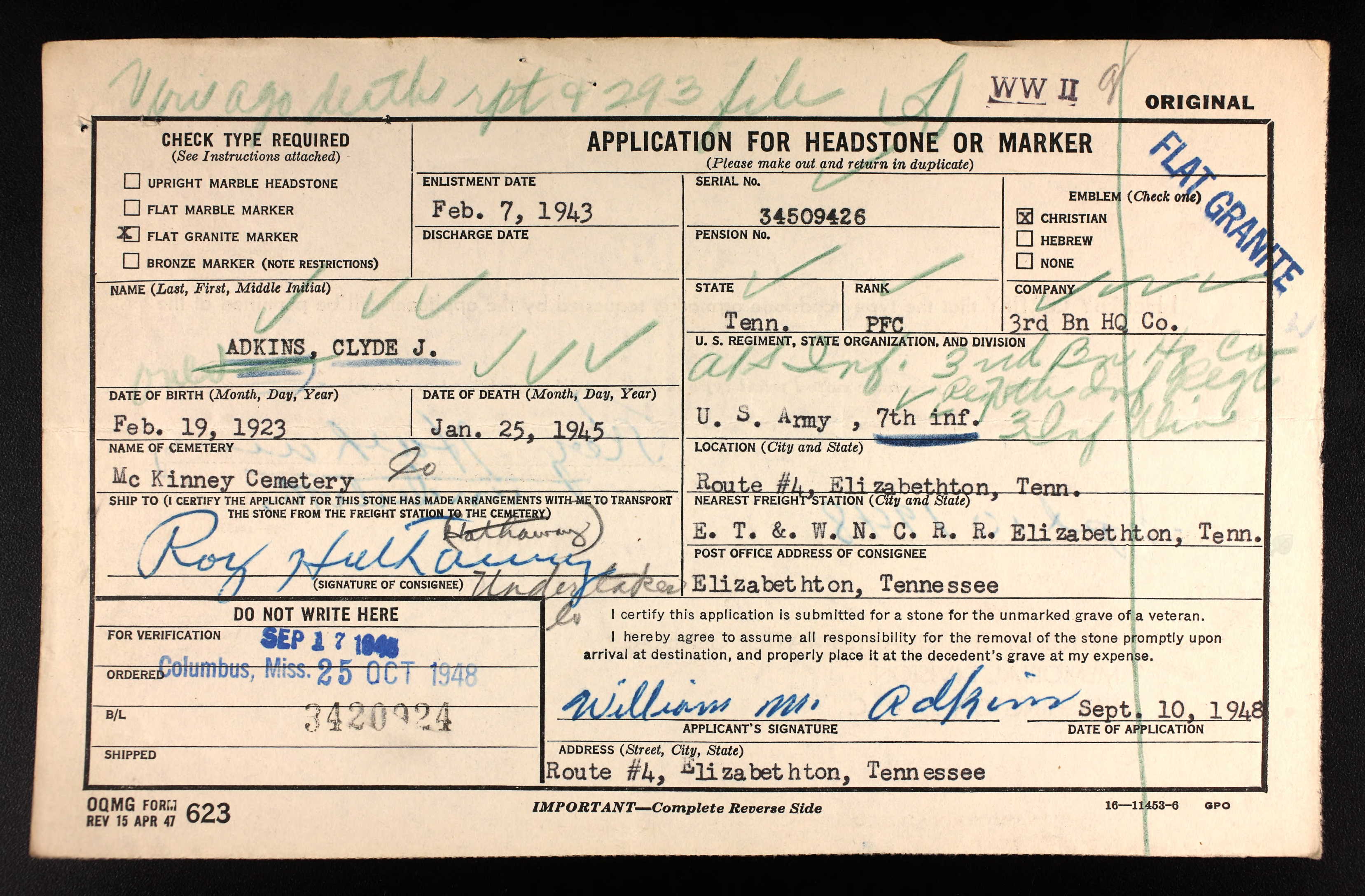