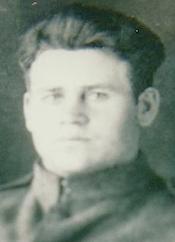 PFC Ricker was the son of Samuel Hunter Ricker and Glenna Ottie Fillers. He was married to Beatrice Louise Franklin and father of Hunter Preston Ricker.

The Greeneville Sun, July 5, 1945
Mr. and Mrs. S.H. Ricker, of Greeneville, Rt. 1, have received a telegram from the War Department informing them that their eldest son, Pvt. Clinton Ricker, 27, died June 20, in Germany. Particulars as to his death were not given but the telegram stated that a letter giving details follows,
Pvt. Ricker, a member of a Glider outfit, entered the service three years ago and had been overseas for two years. He spent almost a year in England and took part in the invasion of France going into Holland, where he suffered Shell shock and was transferred from his original outfit to an M.P. force.
Mr. and Mrs. Ricker’s letters have been coming back and they thought their son was enroute home. The last letter they received from him came three months ago. Pvt. Ricker is survived by his parents, and six brothers, Pfc. Albert Ricker,a nd Pfc. Sam H. Ricker Jr., both in Germany; Raven, Leon, Donine and Billy Ricker and one sister, Mrs. John Williams. 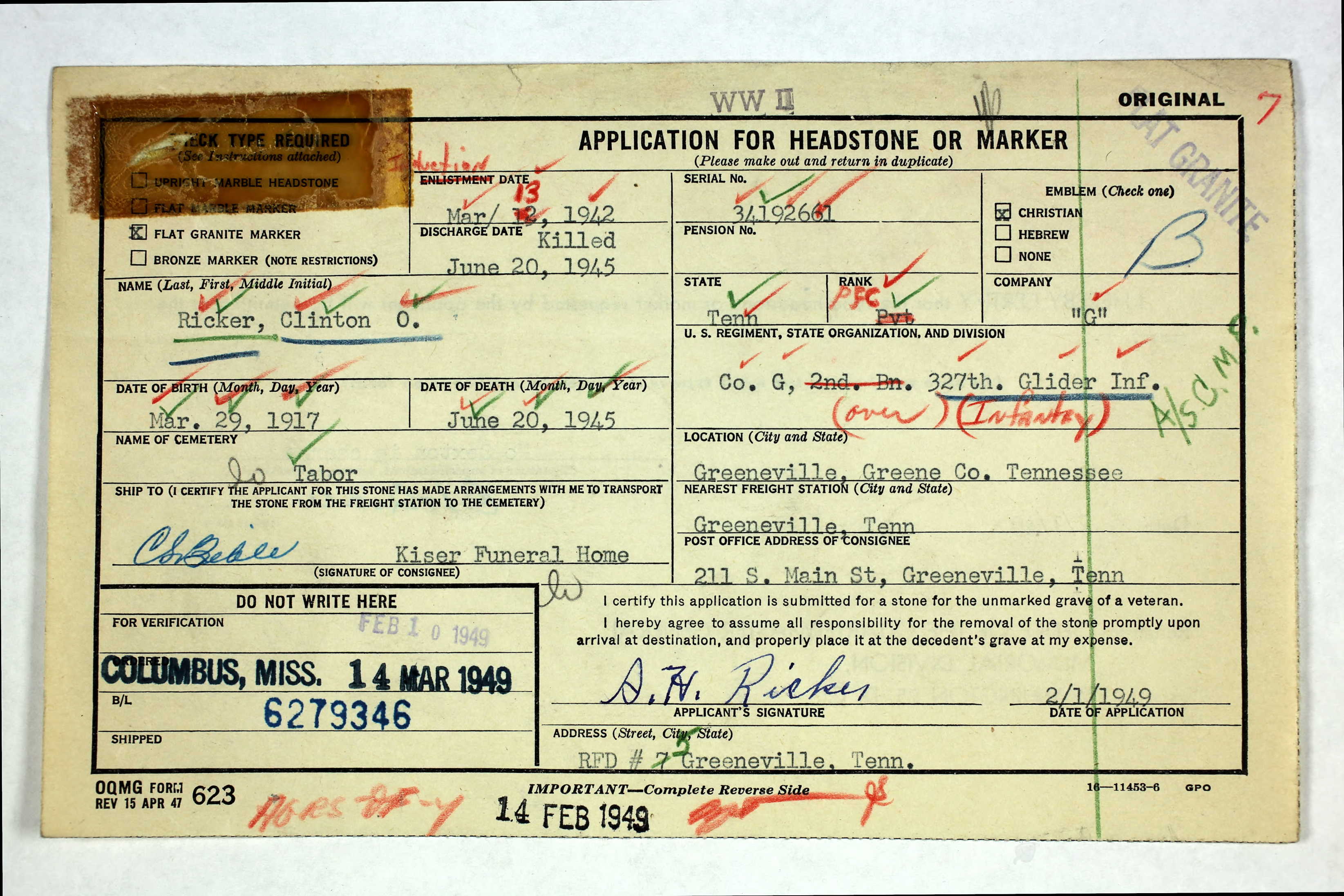