He was assigned to Headquarters Company, 2nd Battalion, 504th Parachute Infantry, 82nd Airborne Division. He was aboard C-47 #42-32918 (53d Troop Carrier Squadron, 61st Troop Carrier Group) when it was shot down by friendly fire from naval invasion forces during Operation MACKALL WHITE over Sicily.

The Chattanooga times, November 18, 1949
Burial of S/Sgt Clinton G. (Curley) Stevenson, former St. Elmo youth who was killed in Sicily, has been set Dec. 12 at 1:30 p.m. in the Jefferson Memorial National Cemetery in St. Louis, Mo. The son of Mr. and Mrs. Blake W. Stevenson of Homestead, Fla., and formerly of St. Elmo, Sgt. Stevenson was among 420 American paratroopers who were shot down by their men in a tactical mistake during the Italian campaign. Sgt. Stevenson’s body is among a number scheduled for mass burial rites, his parents were informed. Sgt. Stevenson was a native Chattanoogan. He attended North Chattanooga Junior High, Westbury (N.Y.) High School and Wingate (N.Y.) High School. He enlisted in the army on Nov. 19, 1941.
His mother gained fame among the troops of Camp Forrest whom she called “my boys” and entertained in her home in honor of her own boys who were far from St. Elmo. 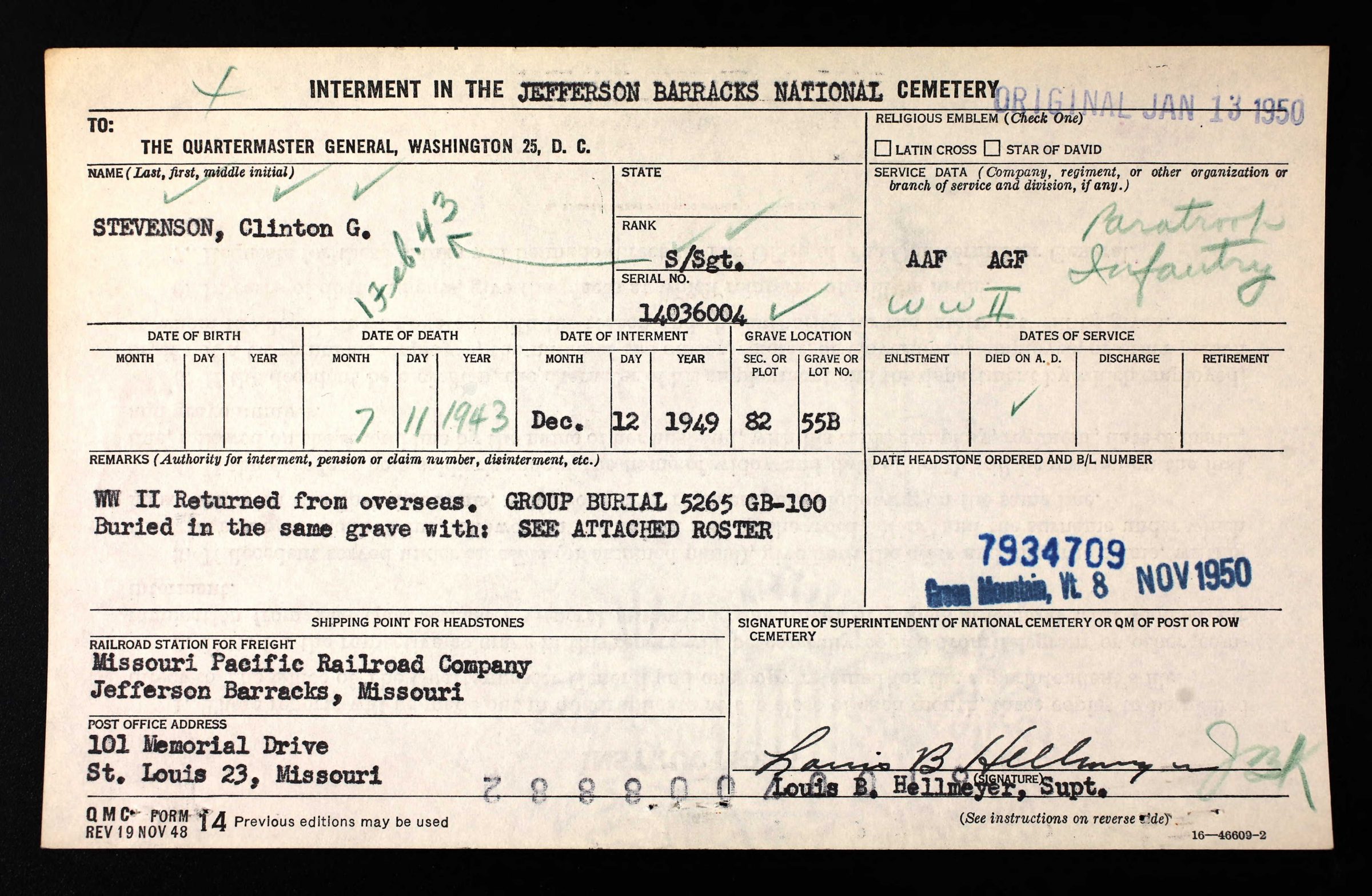 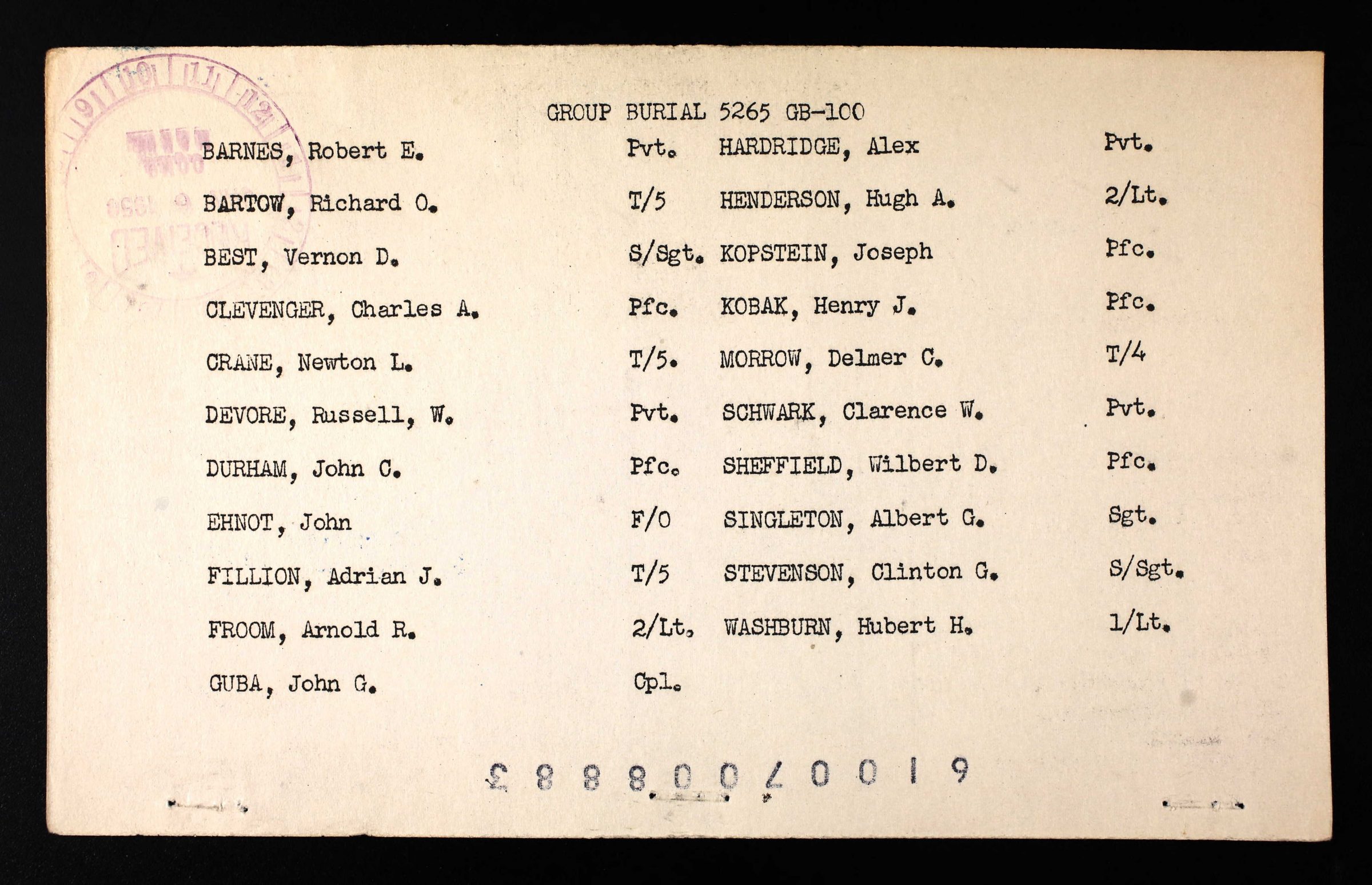 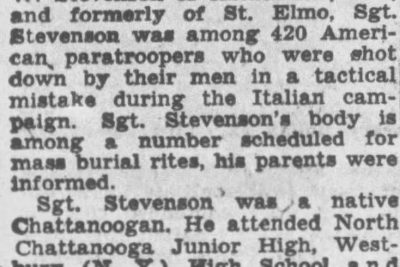