Staff Sergeant Clinton Ethen Cross was a Left Waist Gunner on a B-24H, Serialnumber 41-28816, nicknamed Scrappy. They departed from Castellucio Field in Italy on a bombing mission to the oil storage tanks in Vienna, Austria on 22 August 1944. The aircraft was flying in number seven position. En route to their home base they feathered one engine and the ship then dropped behind and disappeared from the formation. All crew members bailed out NW of Daruvar, Yugoslavia. The pilot and co-pilot made it back to the base and completed their missions. According to a crew member Clinton Cross also made it back but was killed latter in a crack-up on take off at the base. The other crew members were taken Prisoner of War.

Scott County news, December 8, 1944
Staff Sgt. Clinton E Cross was killed in action on November 14 on a bombing mission over Germany. According to a telegram received by his wife he was killed instantly.Young Cross, who was a son of Mr. and Mrs. H.C. Cross of Route 1 Oneida, entered the service November 15 a year ago and had been overseas since July 15, 1944. He had been a prisoner of war at one time and was returned to Italy. He was a splendid Young man, was well know here in the county and had received a medal for outstanding bravery in service. Incidentally he entered the service on Nov. 15, his birthday was on Nov. 16, and he met death on Nov. 14 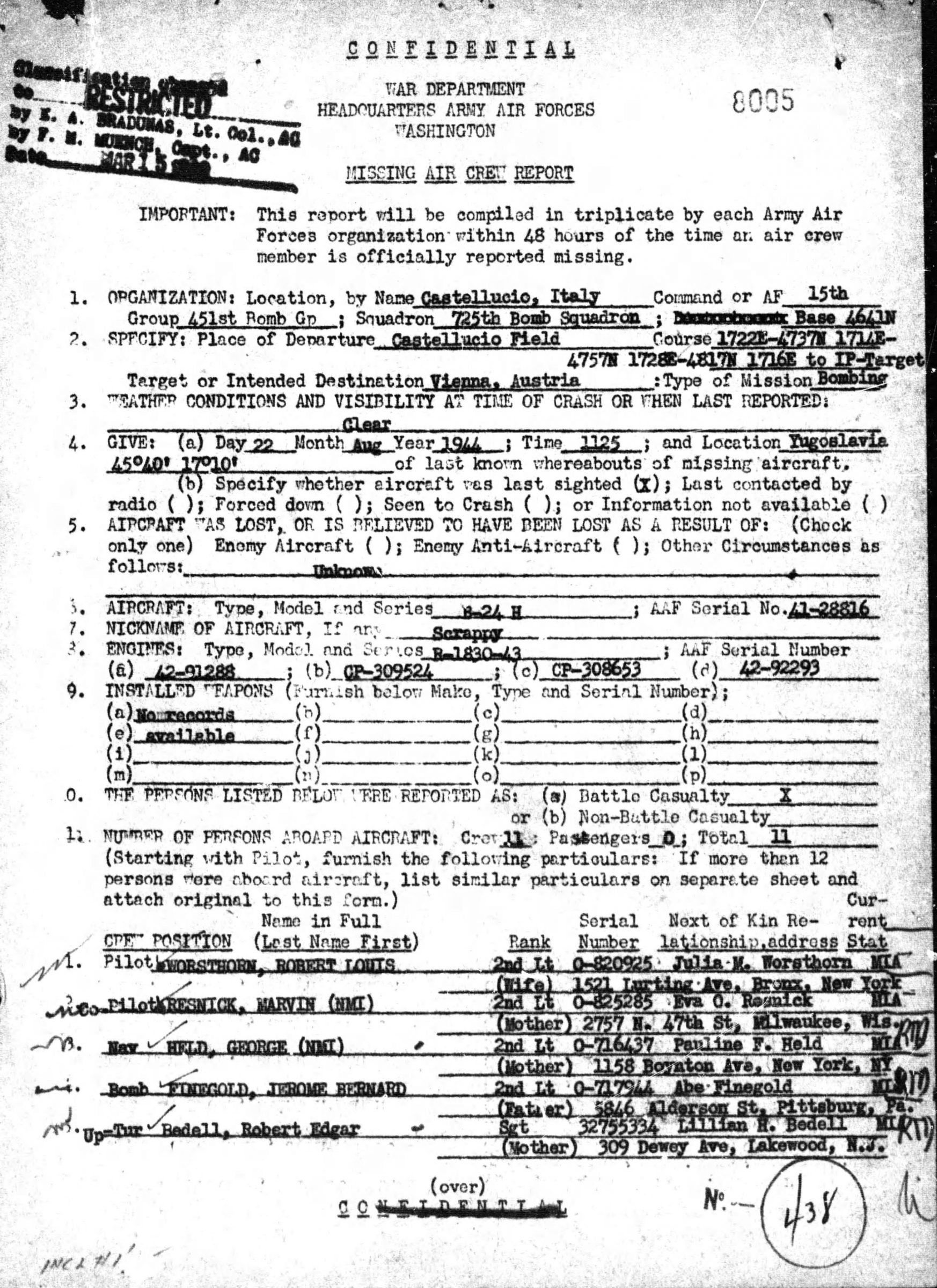 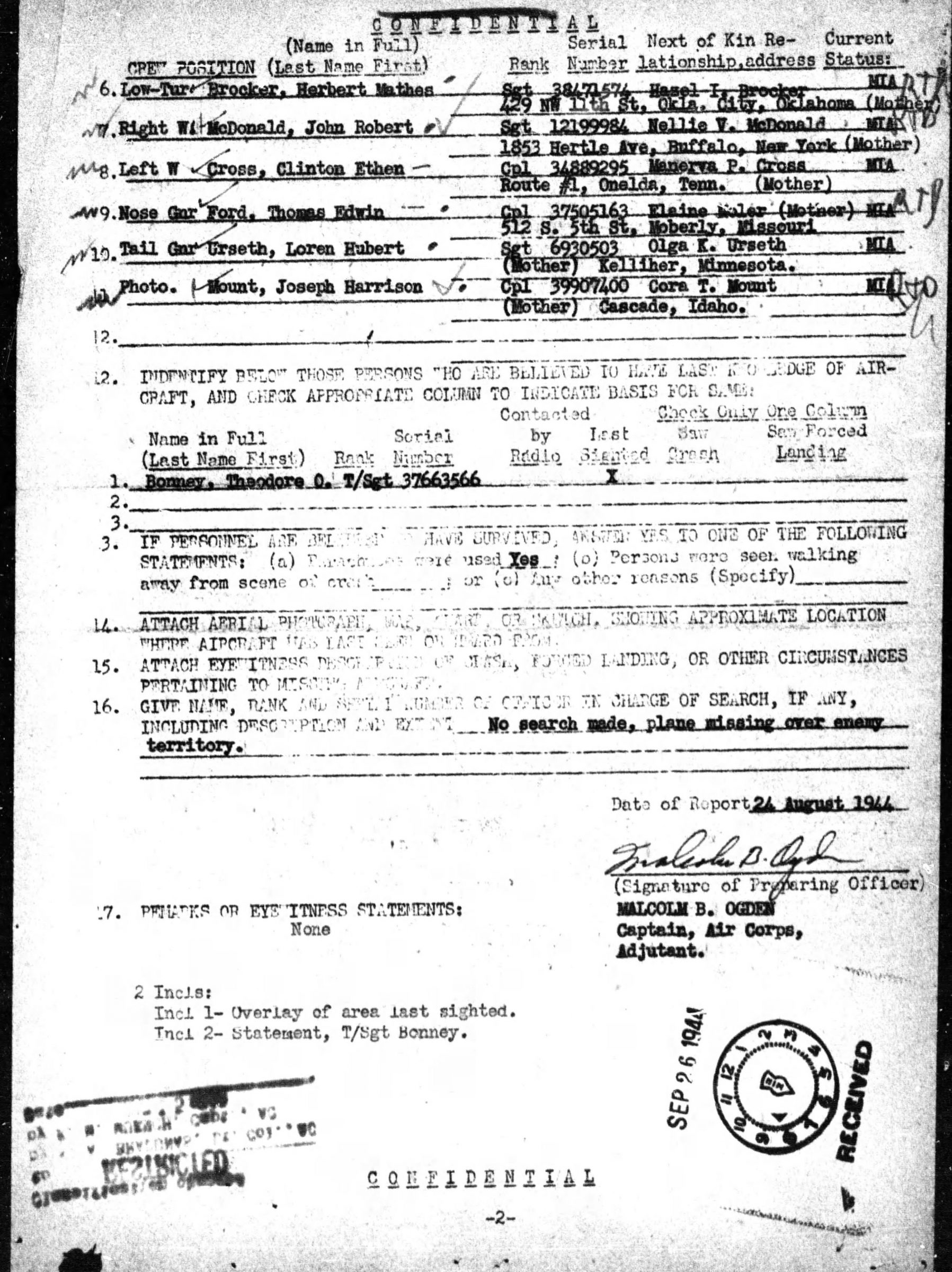 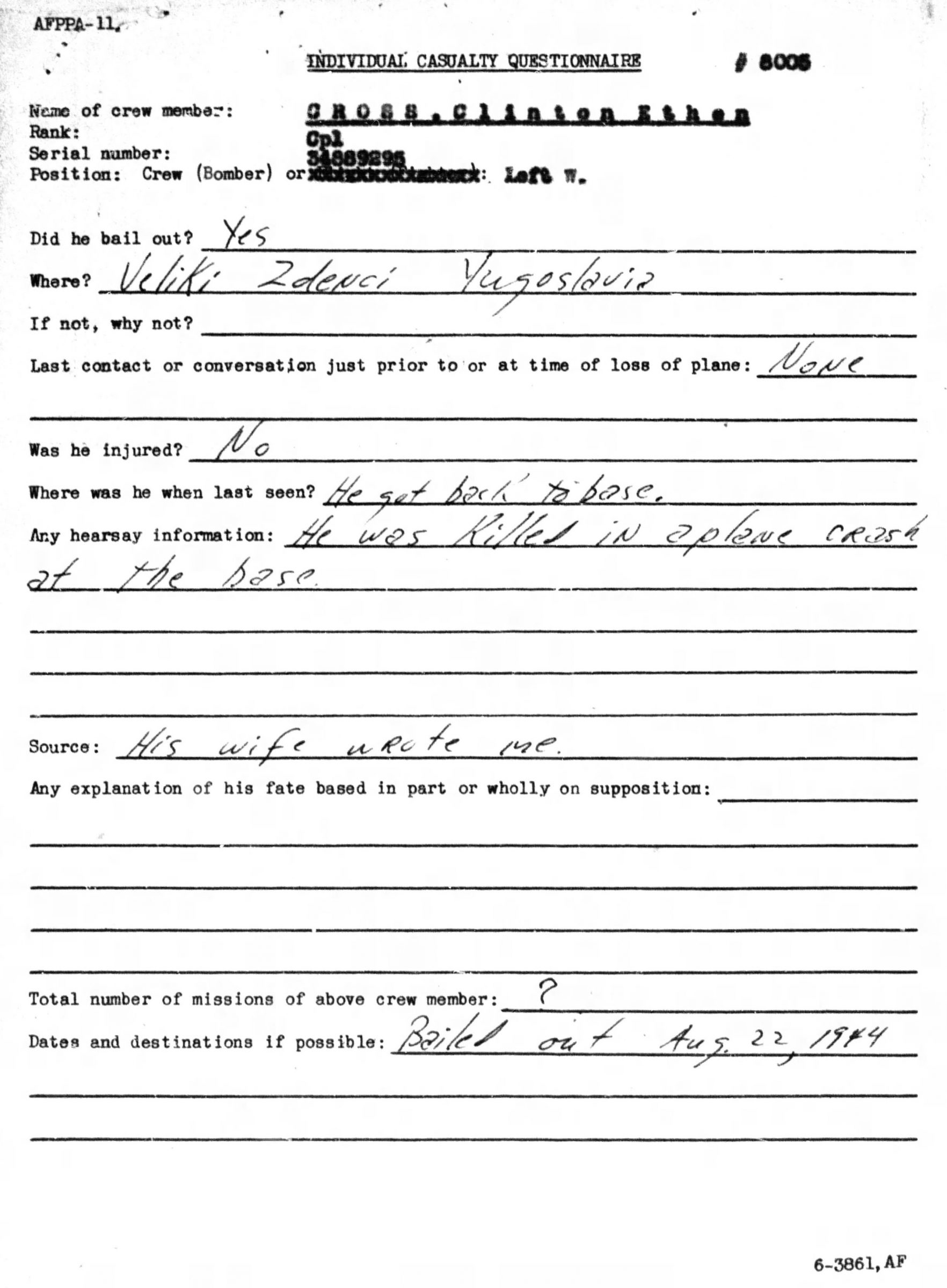