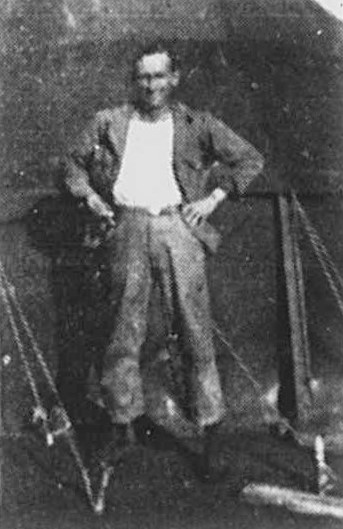 The Kingsport News, 10 December 1948
Trent Brothers. A joint funeral for PFC Luther Trent and Private Clinton A. Trent, sons of Mrs. Laura Trent, Rogersville will be held at the Rogersville Baptist Church Sunday at 2 p.m. The bodies arrived at Bull´s Gap on Tuesday afternoon, and will remain at the home of their mother until Saturday. In addition to their mother, they are survived by three brothers; Charlie of South Carolina; Bob and Clyde of Rogersville, and five sisters; Mrs. Ellis Stapleton, Mrs. Verdie Trent, Mrs. Minnie Christian, Mrs. Betty Arnold and Mrs. Ruth Shoulders, all of Rogersville. Luther Trent is also survived by a son, Luther Bruce Trent.

Rogersville Review, June 22, 1944
Death has claimed Pvt. Clinton (Saturday) Trent, somewhere in the Aleutian Islands, the War Department notified his parents on Tuesday. He die don June 13th. No details were given, but a letter is to follow from the Department.
Clinton, or “Saturday” as he was known to his friends here, had been in the Aleutians nearly two years. His parents had been expecting him home  on furlough shortly, and the notice of his death came as a shock to them. He is the son of Mr. and Mrs. Will Trent, and is survived by his parents and five brothers and five sisters. 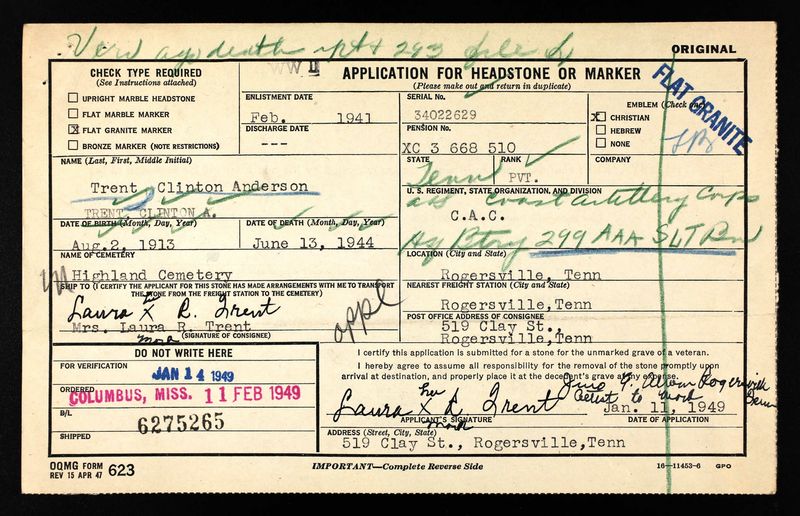 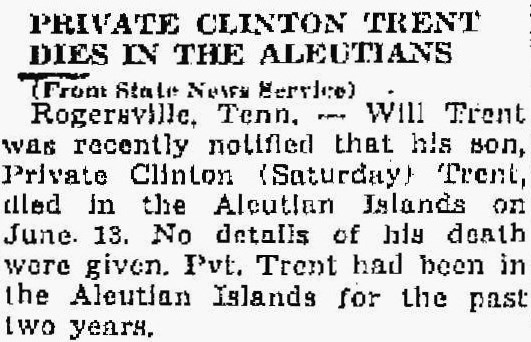 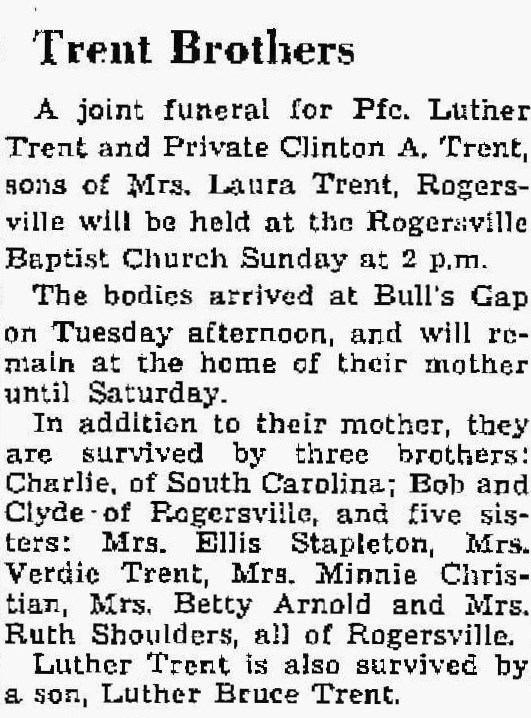 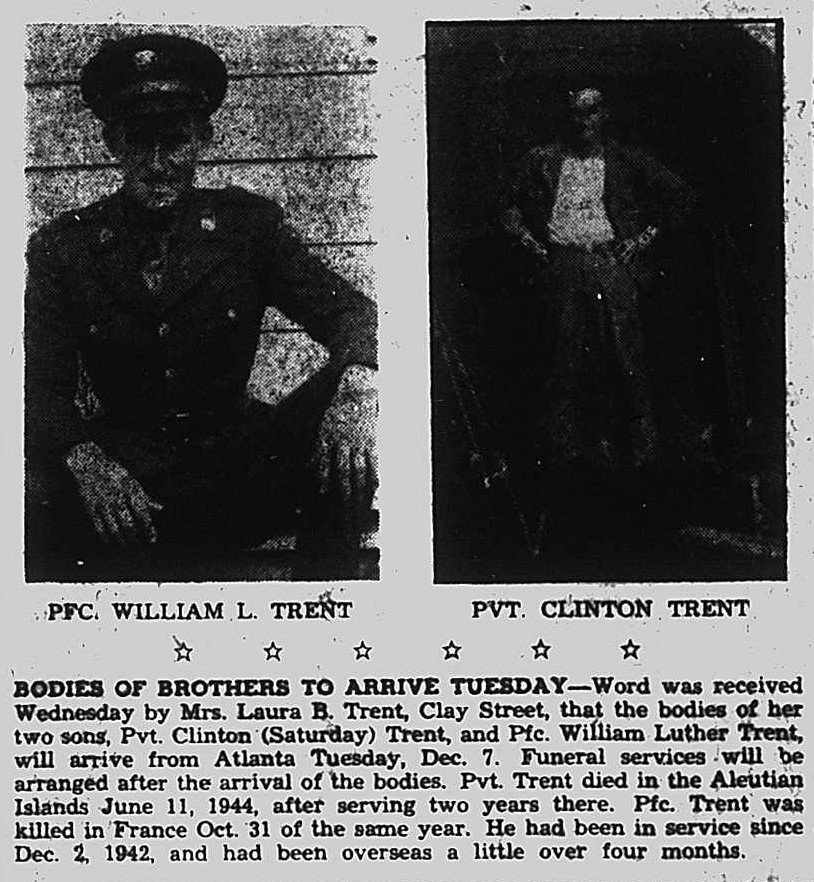