The Kingsport News 22 October 1948
Funeral services for PFC Clifton Eugenen Williams, who was killed in action April 27, 1945, will be held Sunday at 2:30 p.m. at the Highland Park Church of Jesus Christ. The American Legion will conduct military services at the grave. Burial will be in the Lone Star Cemetery.
PFC Williams left home August 9, 1943, and took five months of basic training at Camp Fannin, Texas. He let Fort Ord in California in February, 1944. He was in New Caledonia, the Solomon Islands, and fought in the Battle of Bougainville and City of Manila. He was killed in Northern Luzon in the Philippines.
Before entering the Army PFC Williams worked at Holston Ordnance Works and attended Sullivan High School. He was 19 at the time of his death.
Survivors include one son, Clifton Eugene Williams Jr., 4, of Morrison City, the parents, Mr. and Mrs. Patrick H. Williams of Route 5; nine brothers and sisters, Ralph, Ray, Patrick Jr., Elmer and Ronald, Mrs. Ruby Forhen, Miss Fay Williams, Miss Jean Williams and Marlene Williams, all of Kingsport; the maternal grandmother, Mrs. Emma Jackson, and the paternal grandfather, Louis Williams.
The body will be moved from Hamlett-Dobson Chapel to the home near Lone Star Saturday afternoon. The Rev. M.K. Forbes, assisted by the Rev. Lester Webb, will be in charge of the funeral service. 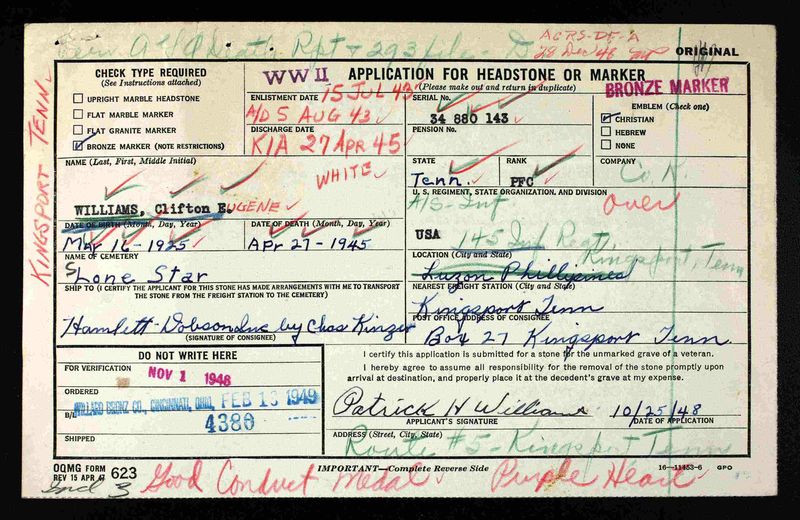 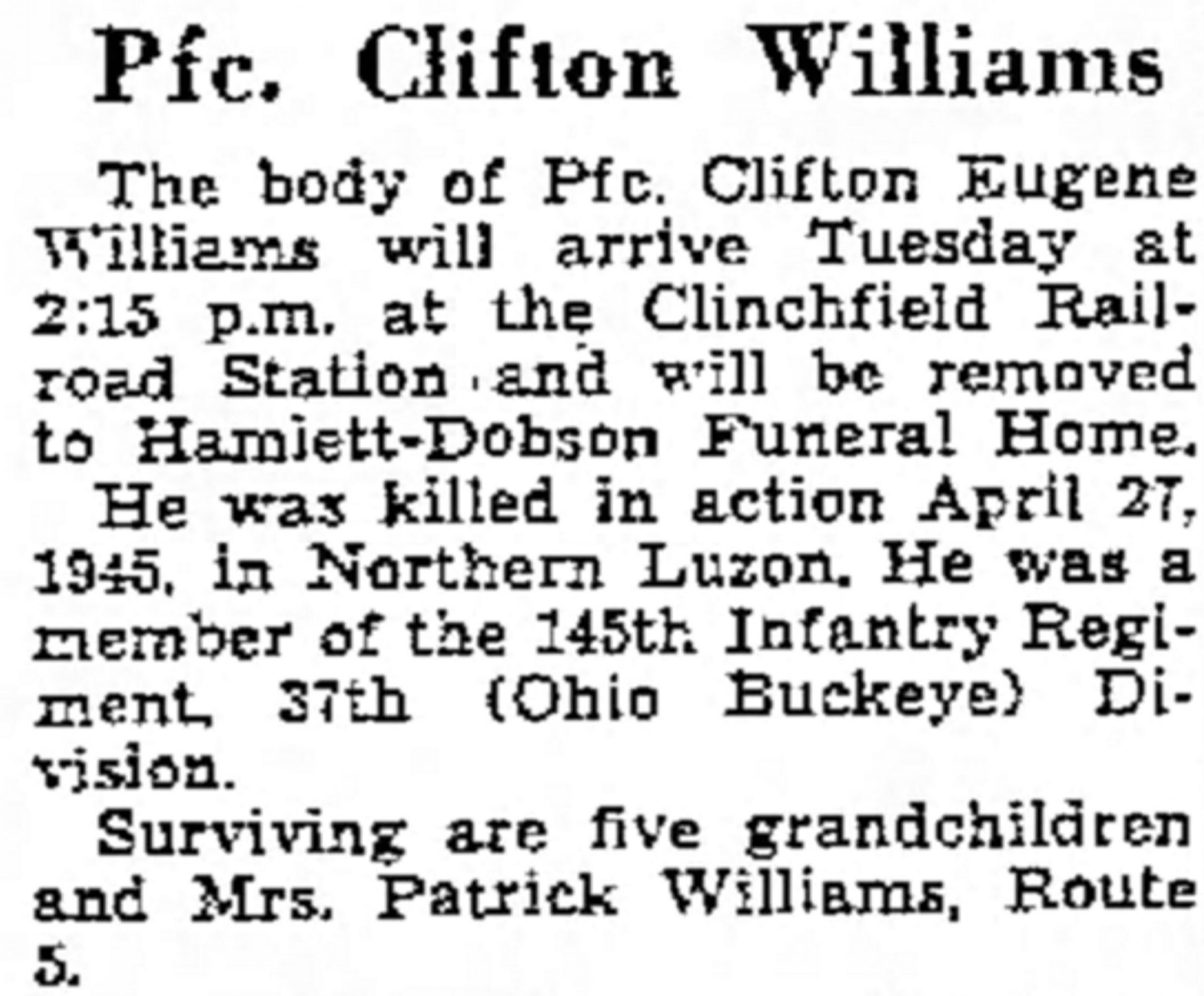