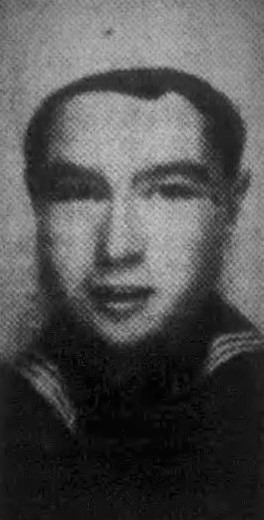 Clifford Sherles Nuckles
Member of the Naval Armed Guard shipped aboard the Liberty Ship SS John Harvey. The John Harvey was transporting a secret cargo of mustard gas to the Mediterranean Theater. While waiting to be unloaded in Bari Harbor, Italy, the port came under attack by 88 German aircraft, sinking 17 ships including the John Harvey, which went up in a large explosion and released the gas across the harbor. Over 1000 people were killed in the raid. This raid became known as the Bari incident. Decades later a former Army doctor remembered the effects of the mustard gas and used it to create medication to help fight cancer – chemotherapy.

The Knoxville News-Sentinel, January 24, 1944
Sixteen-year-old Clifford Sherles Nuckles, seaman first class, grandson of Mrs. Ida Brady, 626 Jourolmon Avenue, is missing in action, the Navy Department informed relatives. Seaman Nuckles entered the service in October, 1942, at the age of 15. He will be 17 on May 17. He attended Beaumont and Bearden schools and was a store clerk before induction. 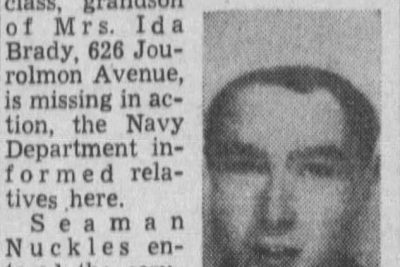 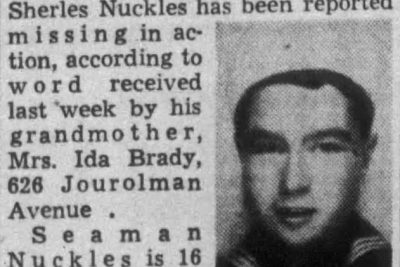