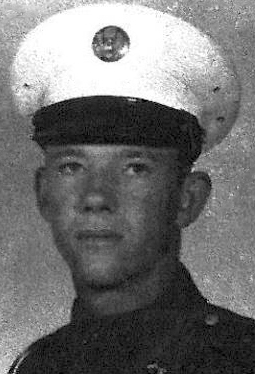 Corporal Clifford McArthur Taylor was born on August 12, 1948, and was originally from Elizabethton, Tennessee. He served his country in the Vietnam War in the United States Army, as a military policeman in 1st MP Company, 1st Infantry Division; in this position he served with a Mobile Resource Control Team, manning roadblocks and checkpoints at unprotected sites. His tour in Vietnam began on November 24, 1968. On March 21, 1969, Cpl. Taylor was killed under hostile conditions in Binh Duong province, South Vietnam; he was 20 years old at the time of his death. Cpl. Taylor is memorialized on the Vietnam Veterans Memorial on Panel 28W, Line 4.