PFC Fain enlisted on 18 February 1941 at Charlotte, North Carolina. He died at the Fort Bragg military reservation, Cumberland, NC, after a truck accident. He was the son of William F. Fain and Lula Belle Robinson.

Funeral services for Private First Class Clifford L. Fain, Arcadia soldier who was killed at Fort Bragg, N.C. in a truck accident, will be held this afternoon. Interment will follow in the Greenlawn Memorial gardens. The body will remain at the mortuary until the hour of the service.
Pvt. Fain was killed in an accident at the North Carolina fort where he was stationed. He was a member of the Arcadia Pentecostal Holliness Church. He is survived by his wife, Mrs. Lelieree Fain of Arcadia; his mother, Mrs. Lula Belle Fain of Arcadia; two sisters, Mrs. Dovie Dowling and Miss Stella Fain, both of Arcadia; and five brothers, O.N. Fain of Spartanburg, G.T. Fain of Tucapau, Fraft Fain and E.T. Fain, both of Arcadia and Sergt. Marshall P. Fain with the U.S. army in New Guinea. 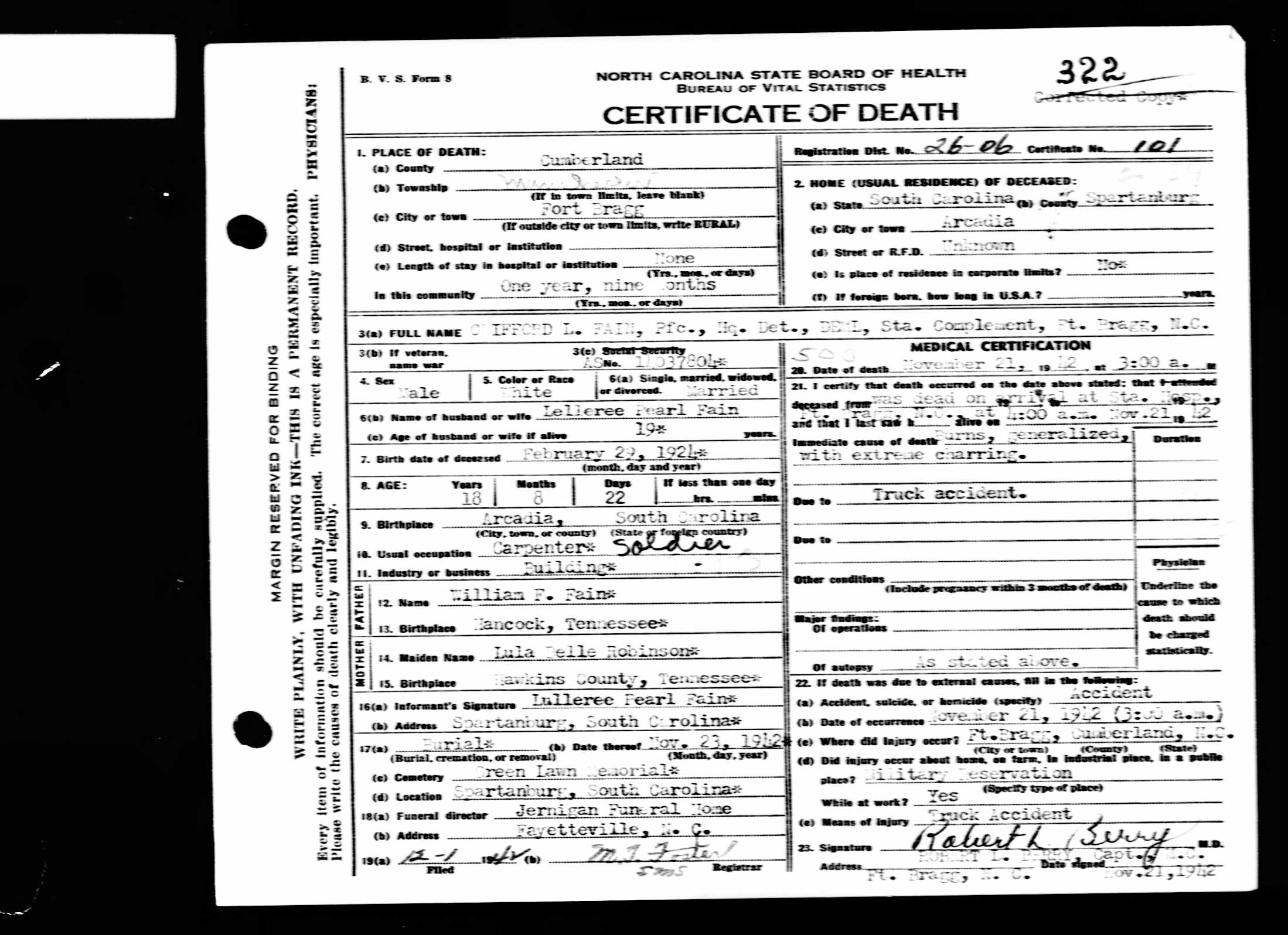 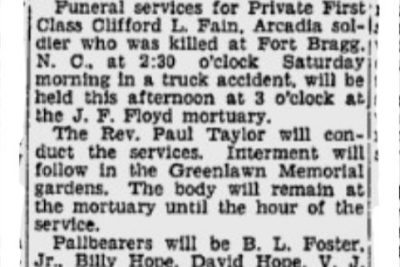