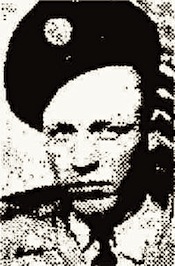 The Rev. R.R. Hankins and the Rev. George Westmoreland will officate. Burial will be in the church cemetery with King’s Mountain Post No. 24, American Legion, of Johnson City in charge of military honors at the grave.

Private Taylor, son of Will Taylor, Piney Flats Route 2, was 23 at the time of his death. He enlisted January 29, 1940 and went overseas in June 1943, serving with the Sixth Cavalry. He was posthumously awarded the Purple Heart. 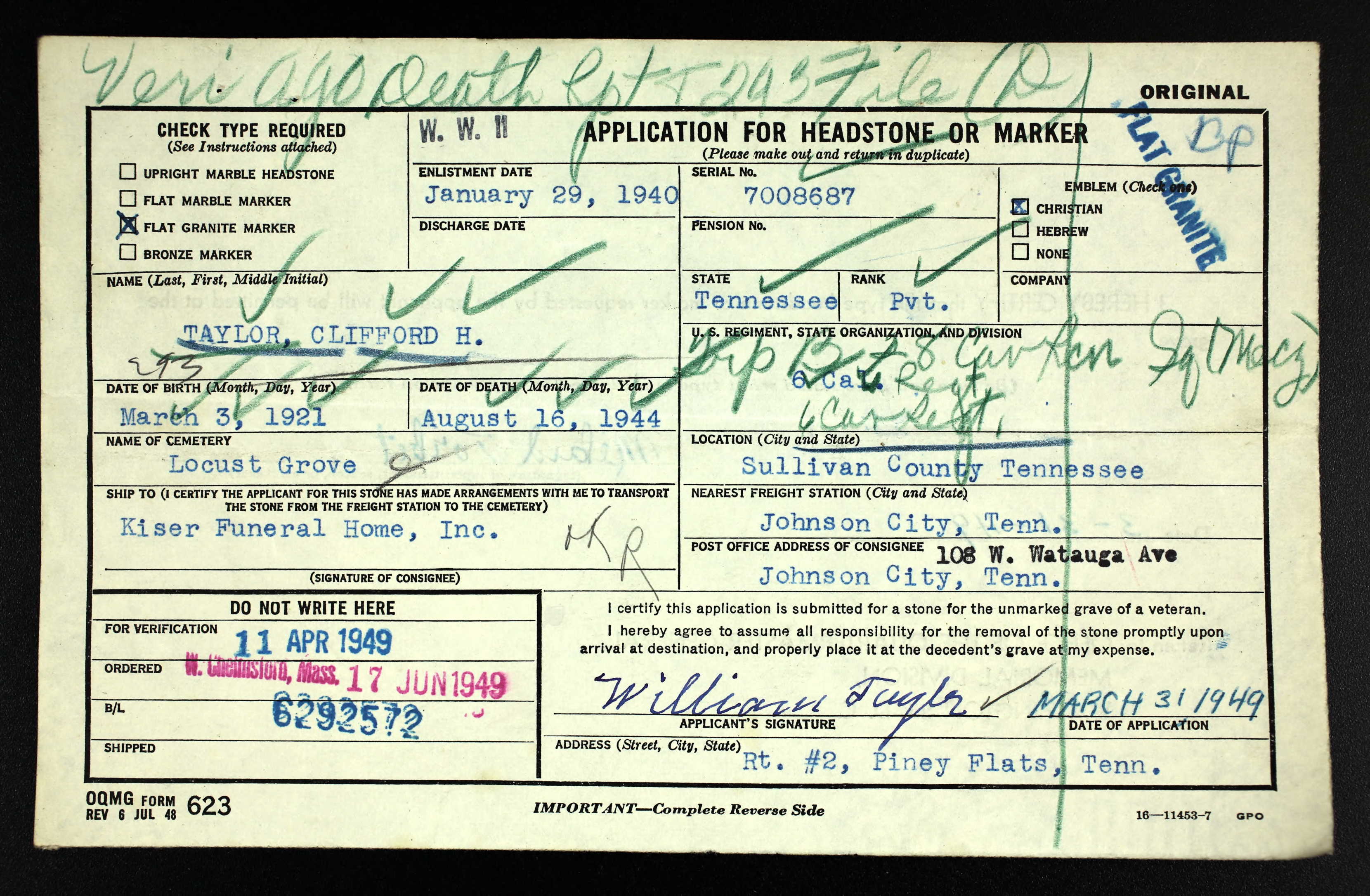