A C-47 plane from Anchorage, Alaska to Fairbanks, Alaska, went down over Mt. Deception, Alaska. The plane struck one of the higher peaks of the Mt. McKinley group, within one hundred feet of the top of the peak. It is believed that the wing of the plane struck the peak, causing the engine to be torn from the plane. 18 military servicemen and 1 civilian died.

The Hancock Democrat – 30 November 1944:
The final postscript in the tragic story of the 19 men who perished in the crash of a C-47 on an unnamed mountain peak in McKinley Park was written last week.
A memorial service for the men was conducted at Ladd Field, where Army chaplains representing the Catholic, Jewish and Protestant faiths, spoke briefly. A military guard of honor fired a volley, followed by playing of Taps. An ATC plane then took off from Ladd Field and winged its way to the scene of the crash, high in the rugged peaks of the Alaskan Range. There three floral wreaths were dropped over the snow-covered mountainside where the bodies of the victims are buried beyond recovery.

A website with the full story of the crash and recovery of the plane:
http://www.cactusweb.net/mckinley/mckinley.html

Photo’s of Mt. McKinley in Alaska submitted by Terri Matson.

Clinton Courier News, April 26, 1945
Last September Pfc. Clifford Eugene (Buster) Phillips. 23, was on the way home from Alaska by plane to visit his parents, Mr. and Mrs. Farley Phillips, Lake City, R.1 for the first time in four years. The plane crashed on a mountain peak in 20 feet of ice and snow and it was impossible to recover the bodies then or during the winter. Now, the parents have been advised, the bodies are to be recovered this month. Last fall, anticipating his first furlough he was on the way home and for his mother to “heat the skillet”. The same day Mrs. Phillips reveived the letter from her son, she also received a telegram from the War Department advising her the son was missing. Pfc. Phillips had been stationed at Anchorage, Alaska, and he and others, all on furloughs, had boarded a plane for the states. Three days after the crash, other planes reported they had located the wreck on a mountain peak, where the ice and snow of the long winter had locked in the wreckage. Now, with spring, Pfc. Phillips body is to be recovered, the family has been advised. 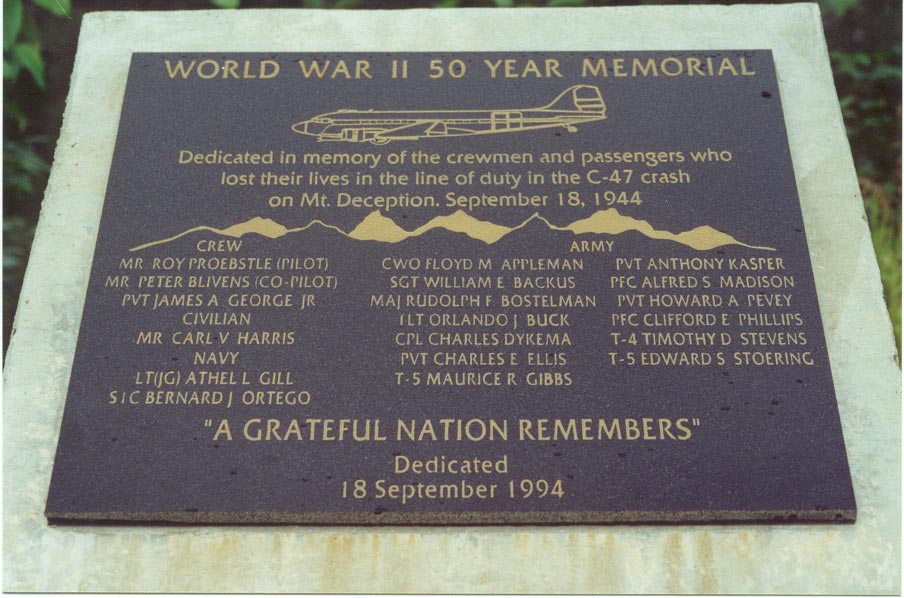 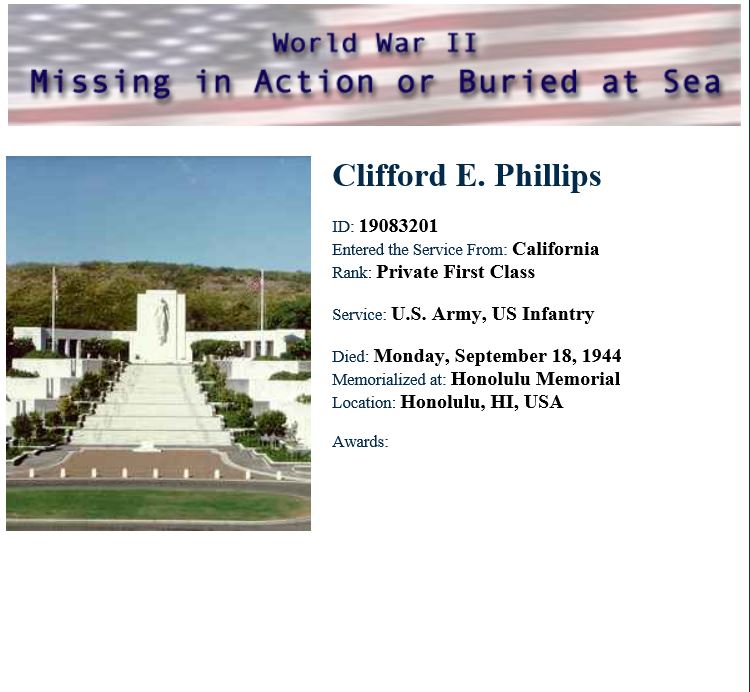 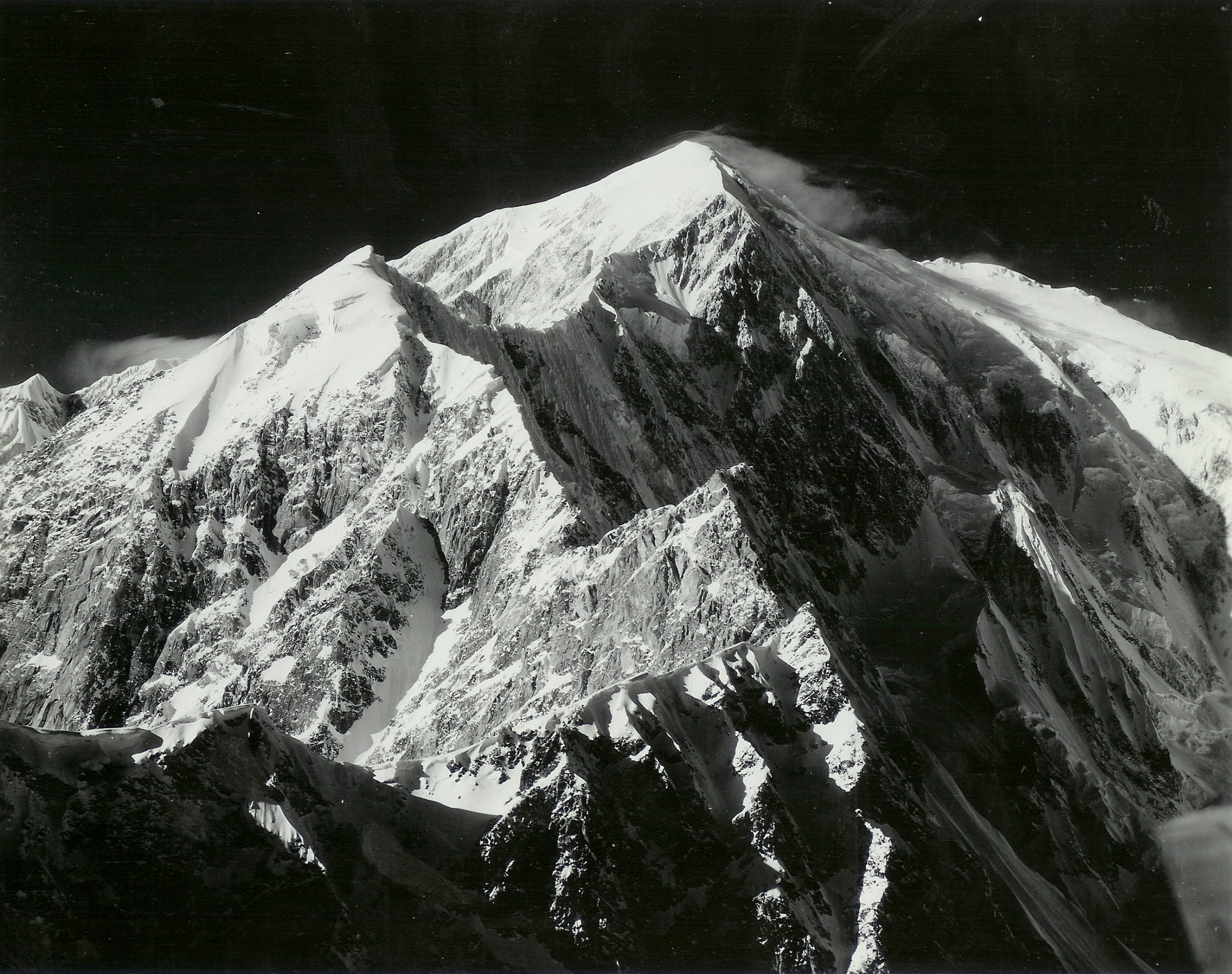 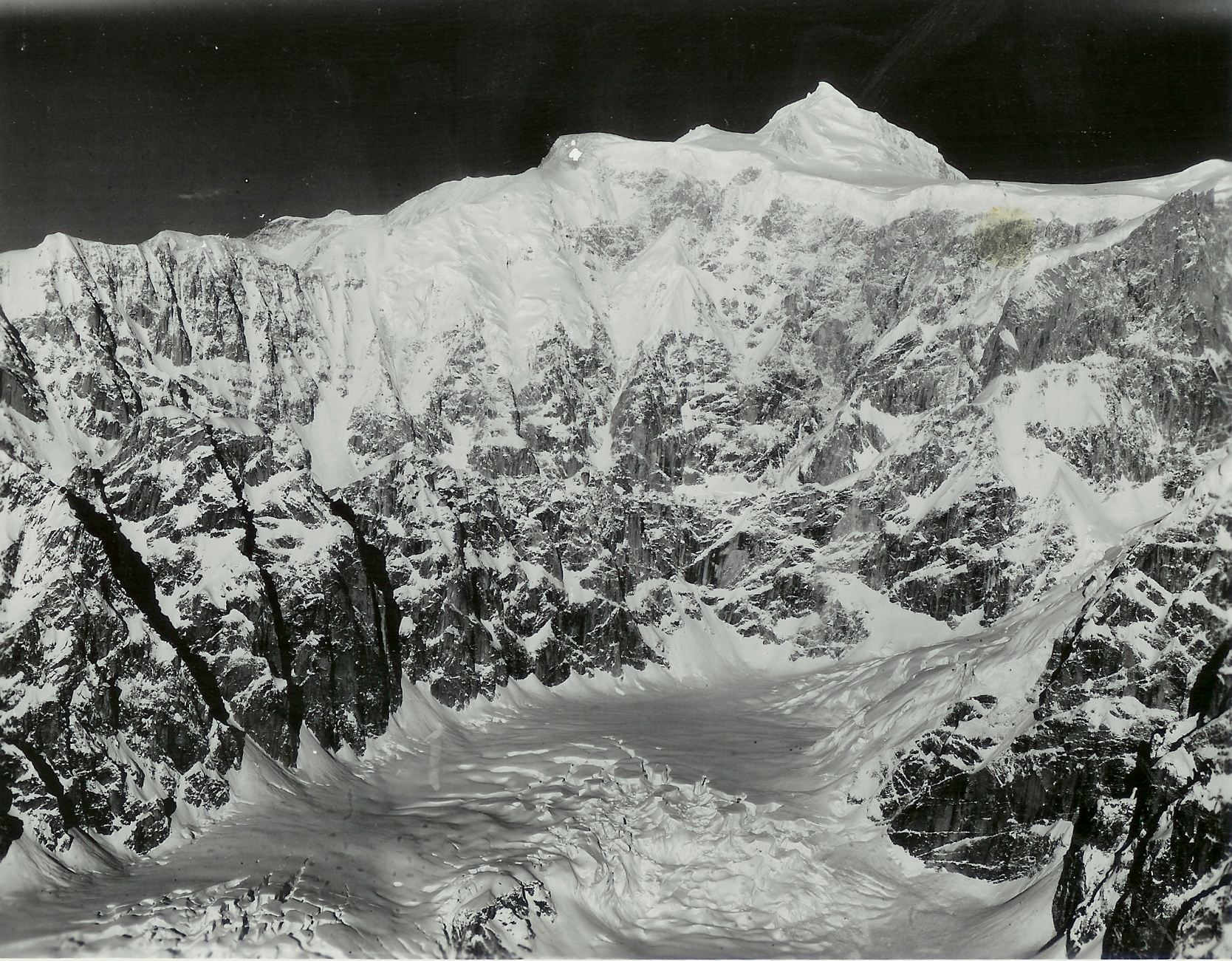 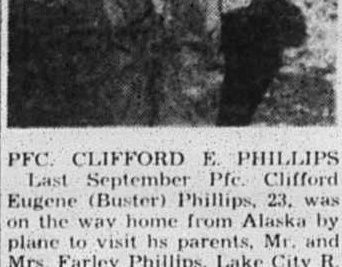