The Knoxville News-Sentinel, August 5, 1944
Pfc. Clifford C. Cruze, husband of Mrs. Clifford Cruze, Route Four, died in Cairo, Egypt, july 3, according to a notice received from the War Department by Mrs. Cruze. Service and burial were conducted July 5. His buddies were pallbearers. A graduate of Carter High School, he was employed by the Aluminum Company of America before entering. He entered service in 1943. He received his training at Gulfport, Miss., and Buffalo, N.Y.
Besides his wife, he is survived by a daughter, Carolyn; father, Oliver H. Cruze; three sisters, Mrs. M.F. Burkhart, Mrs. Karl Teery, and Mrs. Earl Burkhart; and one brother, Glenn Cruze, all of Knoxville. 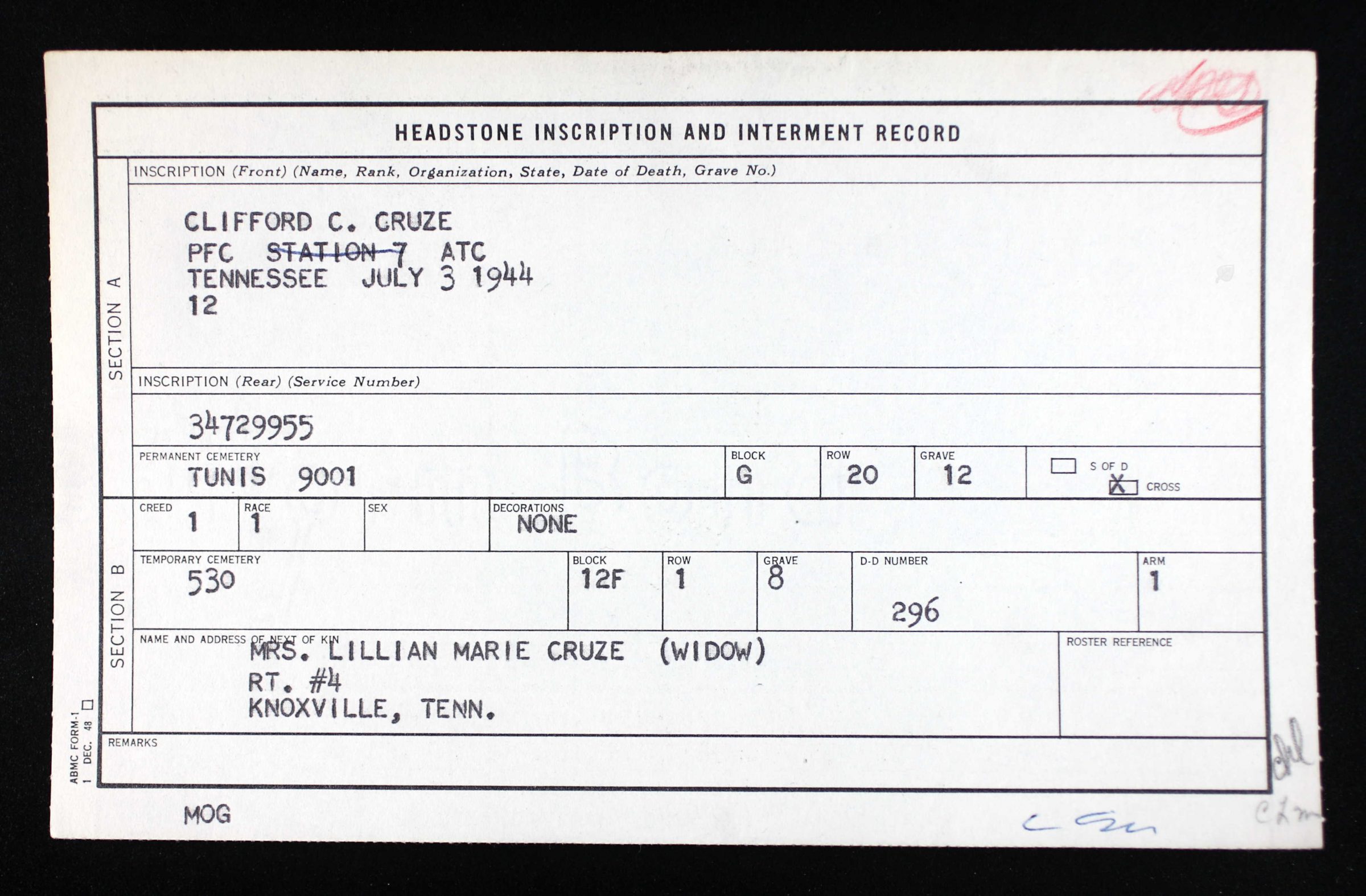 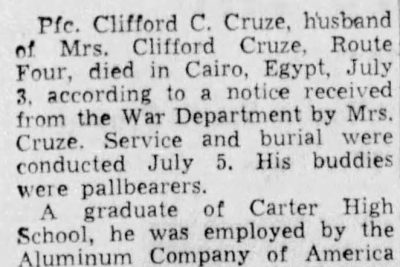