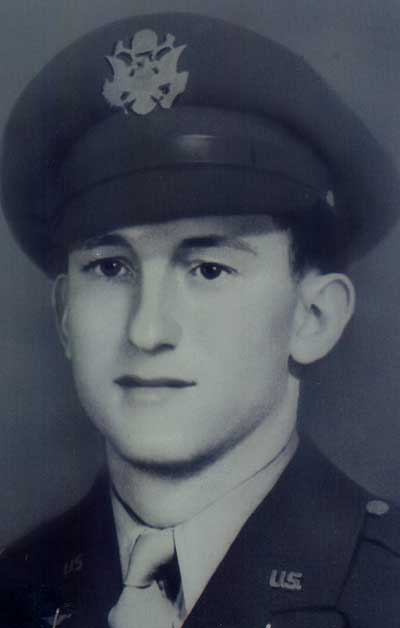 Second Lieutenant Clifford Zirkle Bryan, US Army Air Force, was assigned to the 603rd Bomber Squadron, 398th Bomber Group Heavy flying B-17’s out of Nuthampstead England. He was killed in action on 13 July 1944 and is interred at A,29,9, Ardennes American Cemetery, Neupré, Belgium.

Aircraft B-17G with serial number 42-97348 was on an operational mission to Munich, Germany. The aircraft crashed at Vlesenbeek, about 12 km southwest of Brussels.

Statement from S/Sgt Dave F. Walker:
We were flying lead of the second element of the lead group. Being the tail gunner, I saw flak behind and to the left of our wing. The formation was in the vicinity of Brussels and traveling south-east at about 0745 or 0750. Lt Forster´s ship was evidently hit just aft the waist or forward of the tail empennage. The tail section disintegrated and the bulk of the ship with four engines going, proceeded into a slow, flat spin. The ship continued downward with small pieces of fuselage falling as it continued its descent. I watched the ship go down to the cloud height, which I figured to be approximately thirteen to fifteen thousand feet. I saw one chute open just before the ship disappeared into the clouds.

The Knoxville Journal, Sept. 17, 1944
Second Lt. Clifford Z. Bryan, son of Mr. and Mrs. Frank W. Bryan of Morristown, was killed in action July 13, over Germany, the War Department has announced. Lieutenant Bryan, a B-17 bombardier, had been previously reported missing in action. He enlisted in the Air Corps in August, 194, and took pre-flight training at Santa Ana, Calif. He received his commission after flying to England in May, 1944, and had been on combat duty since that time. 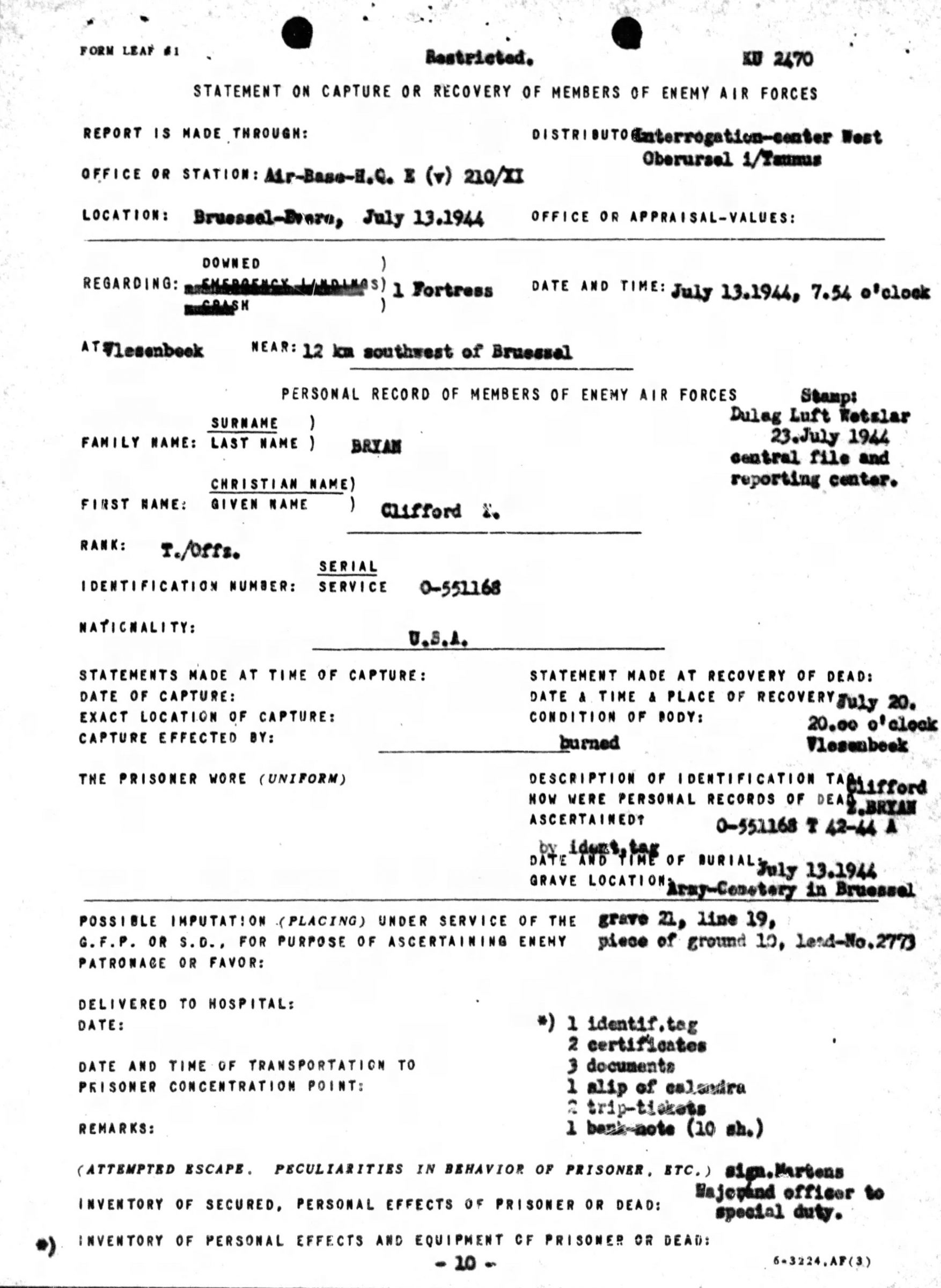 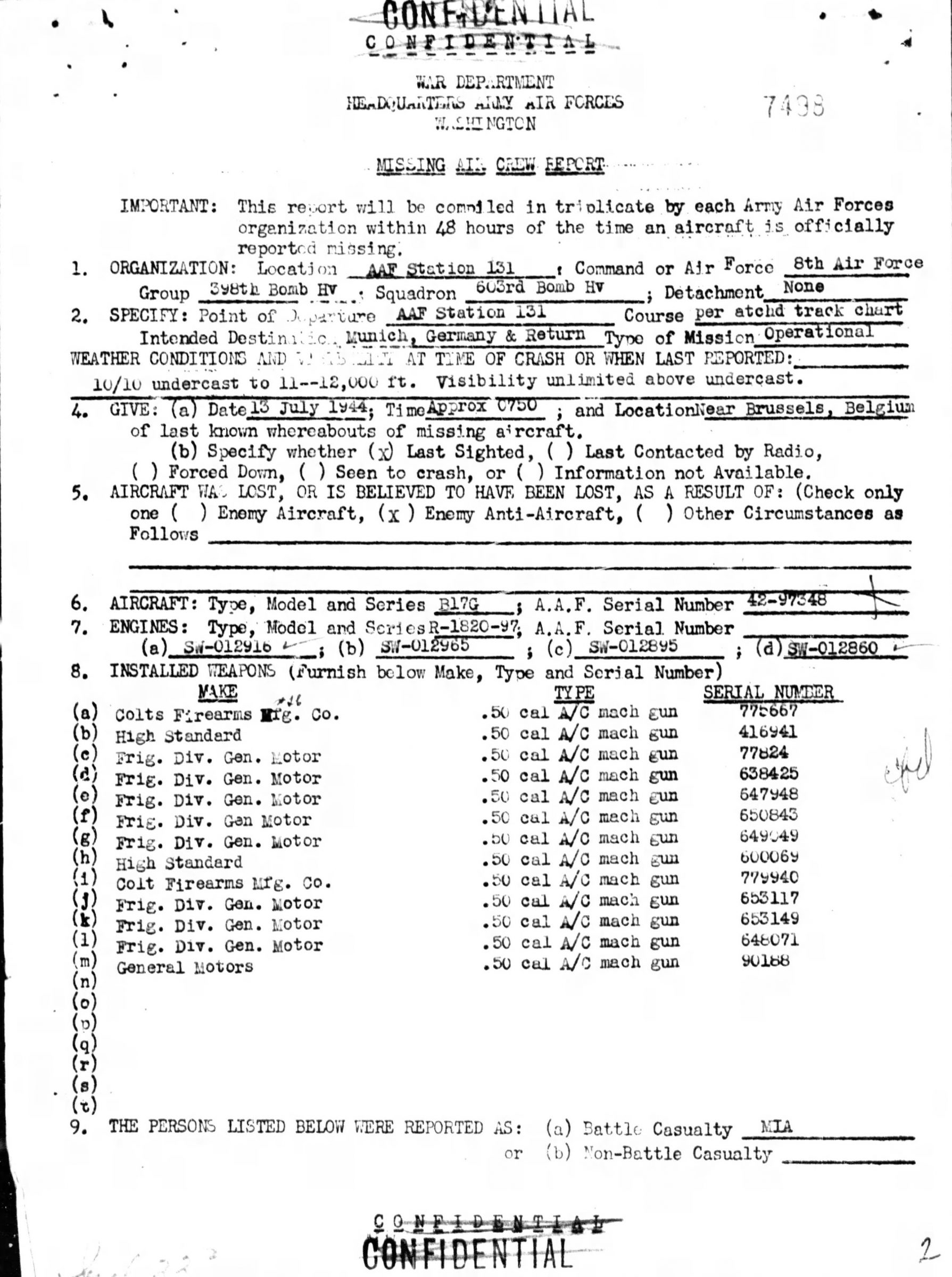 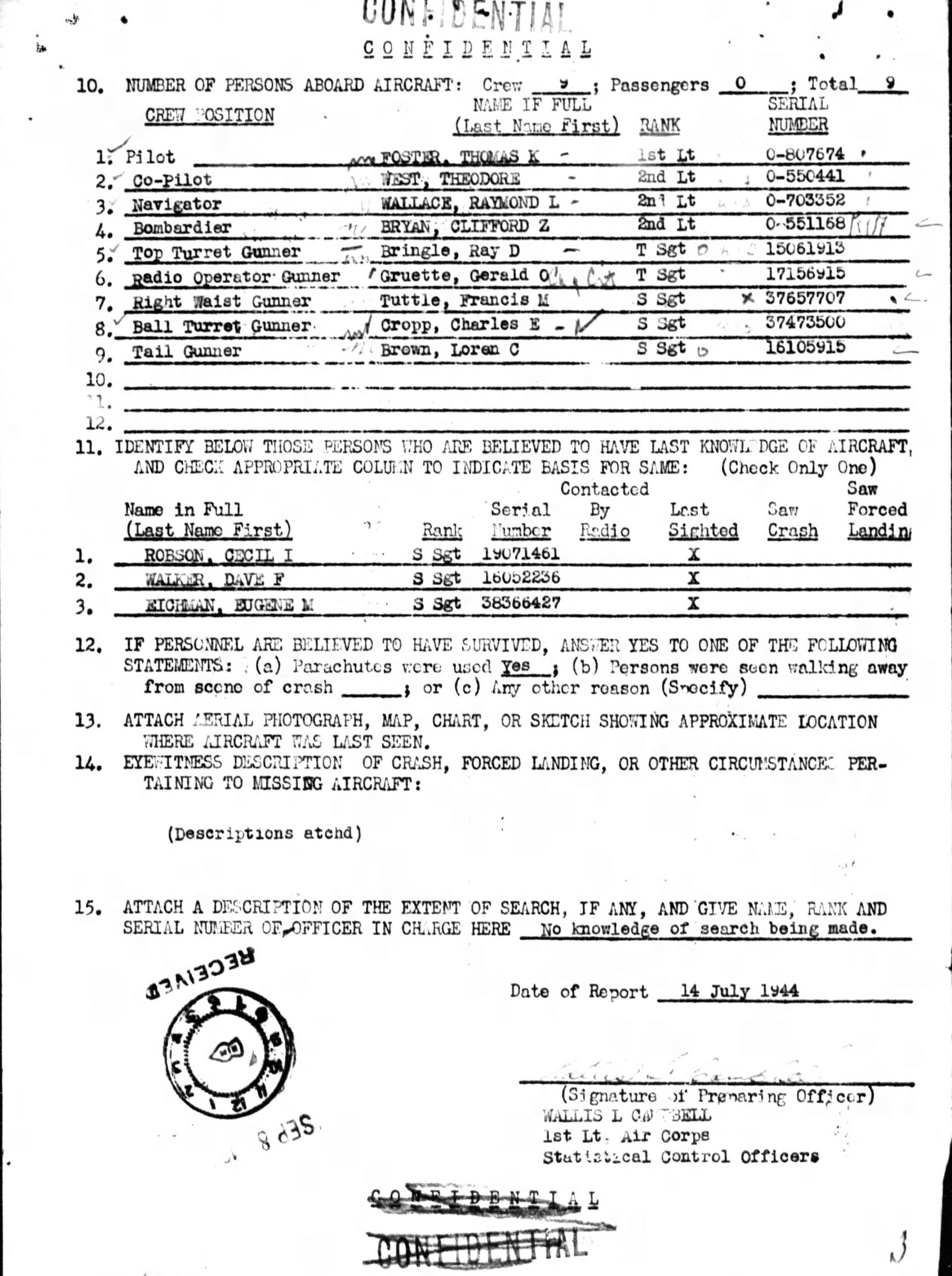 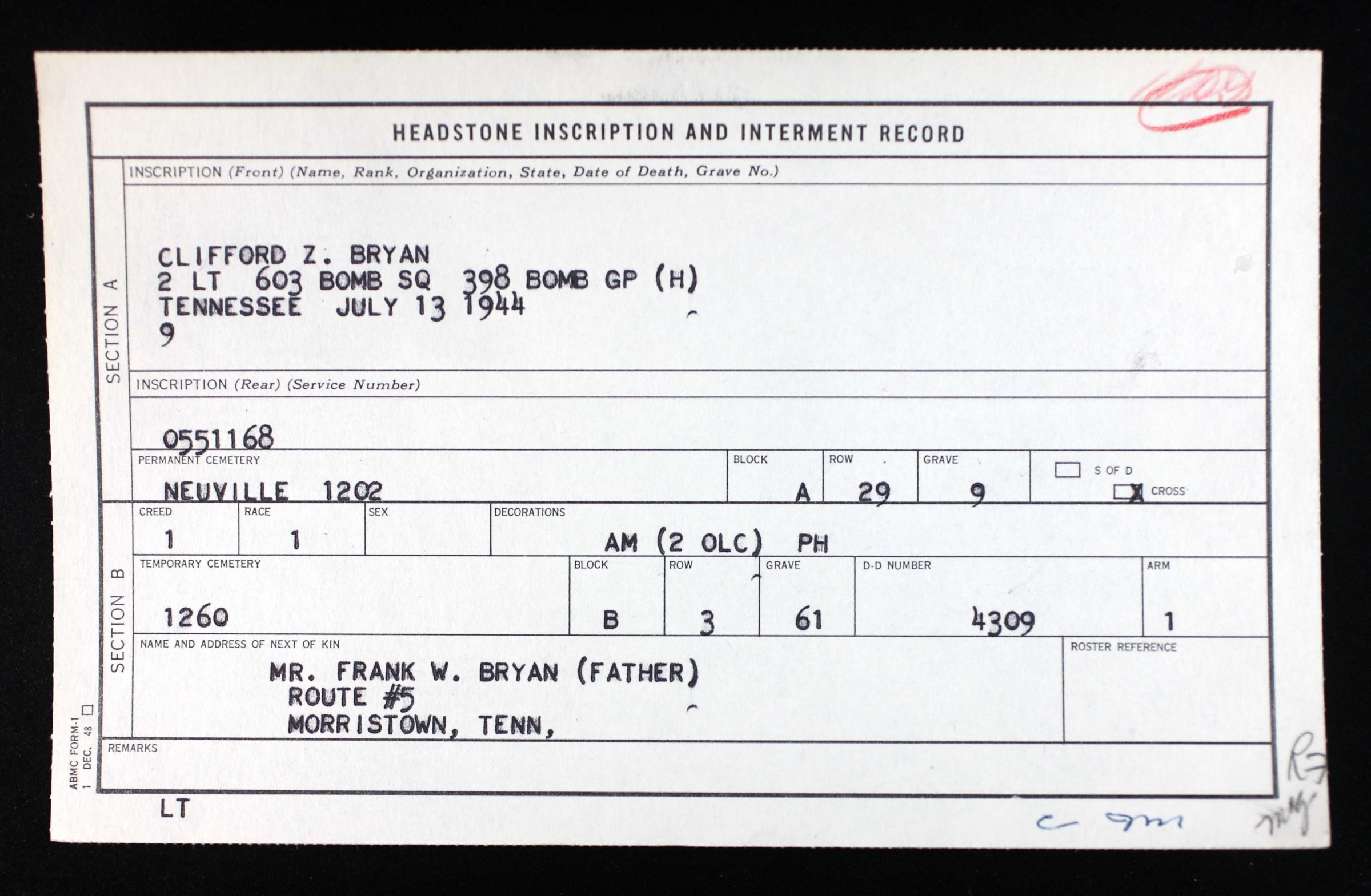 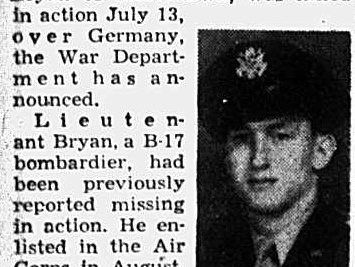