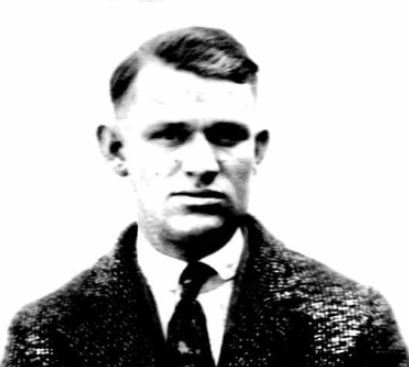 Lt. Clifford Arthur Blanton was born on June 9, 1891, in Chattanooga, Tennessee, the son of Burrel A. Blanton, a railroad machinist, and Kate Green Blanton. His siblings included Robert, Chris, Johnnie, and Mellie. While working as a waiter at Bowers Restaurant in downtown Chattanooga, Blanton was registered for the draft on June 5, 1917, where he expressed a desire to join the American Red Cross. He arrived in Paris on October 5, 1917, and served in that capacity through the duration of World War I. After remaining in France following the conclusion of the war, Lt. Blanton applied for a passport to travel to Russia with the Red Cross; he died after contracting typhus in Narva, Ida-Virumaa, Estonia, on March 26, 1920. He is buried at the Forest Hills Cemetery in Chattanooga, Tennessee.

Funeral of Lieut. Clifford Blanton, 28, who died in Russia of typhus, will be held from Wann’s funeral parlors this afternoon at 2, the Rev. Dr. T.S. McCallie officiating. Interment will be in Forest Hills cemetery. Pallbearers will be selected this morning from members of the local post of the American Legion. A firing squad from the Sixth cavalry, Fort Ogleghorpe, will pay full military honors at the grave.
-Published in The Chattanooga Times, September 27, 1920, page 3.

According to the Church book of the Tallinn Catholic Church (EAA.1655.2.3062b) Clifford Blanton died on March 27. And at first he was buried in Tallinn Military Cemetery on April 7, 1920. According to information of the US Embassy in Estonia, Lt. Blanton was reburied at Forest Hills Cemetery in Chattanooga, Tennessee on September 27, 1920: https://ee.usembassy.gov/wp-content/uploads/sites/207/The-Ultimate-Sacrifice.pdf
–Submitted by Alexander Rzhavin 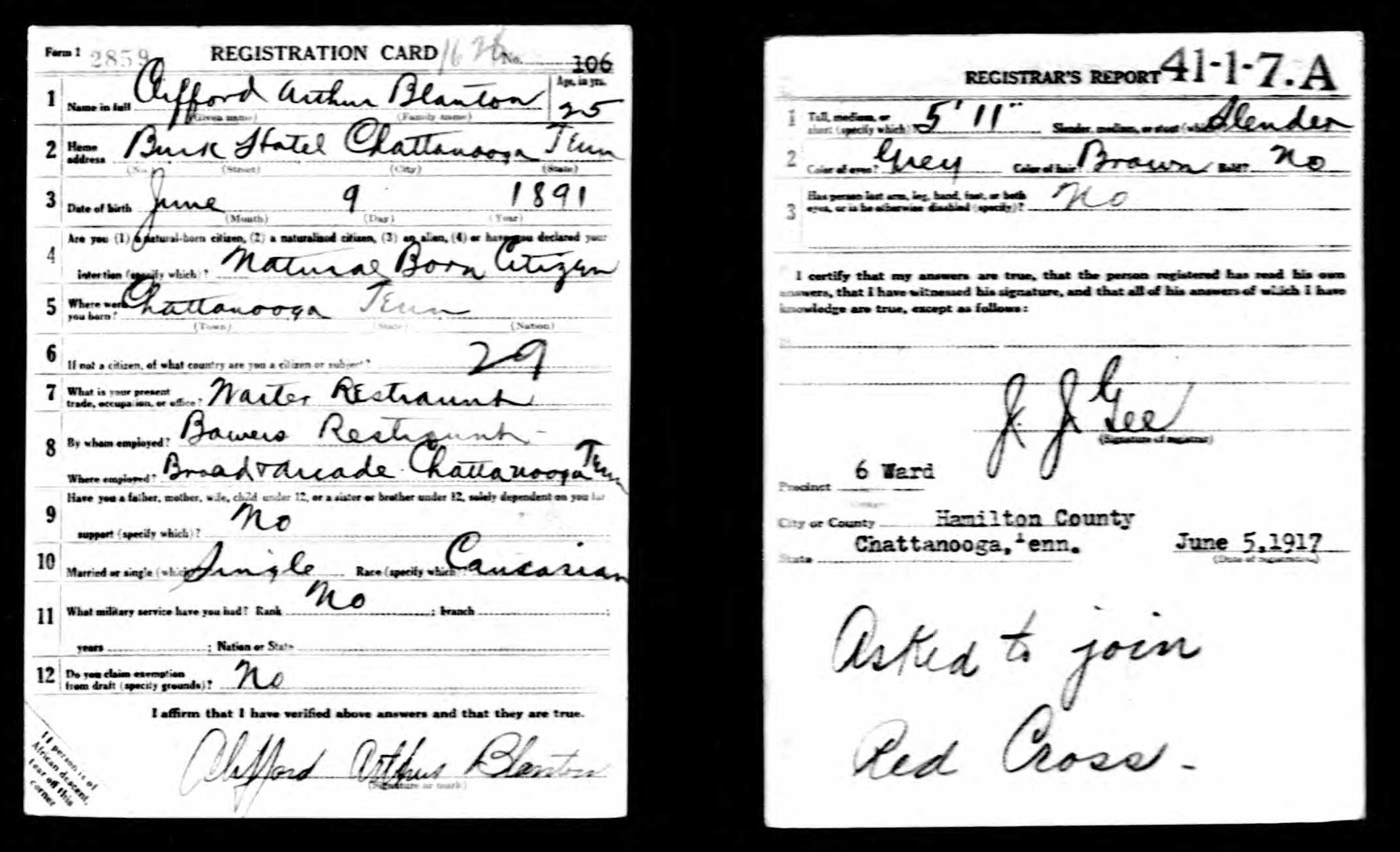 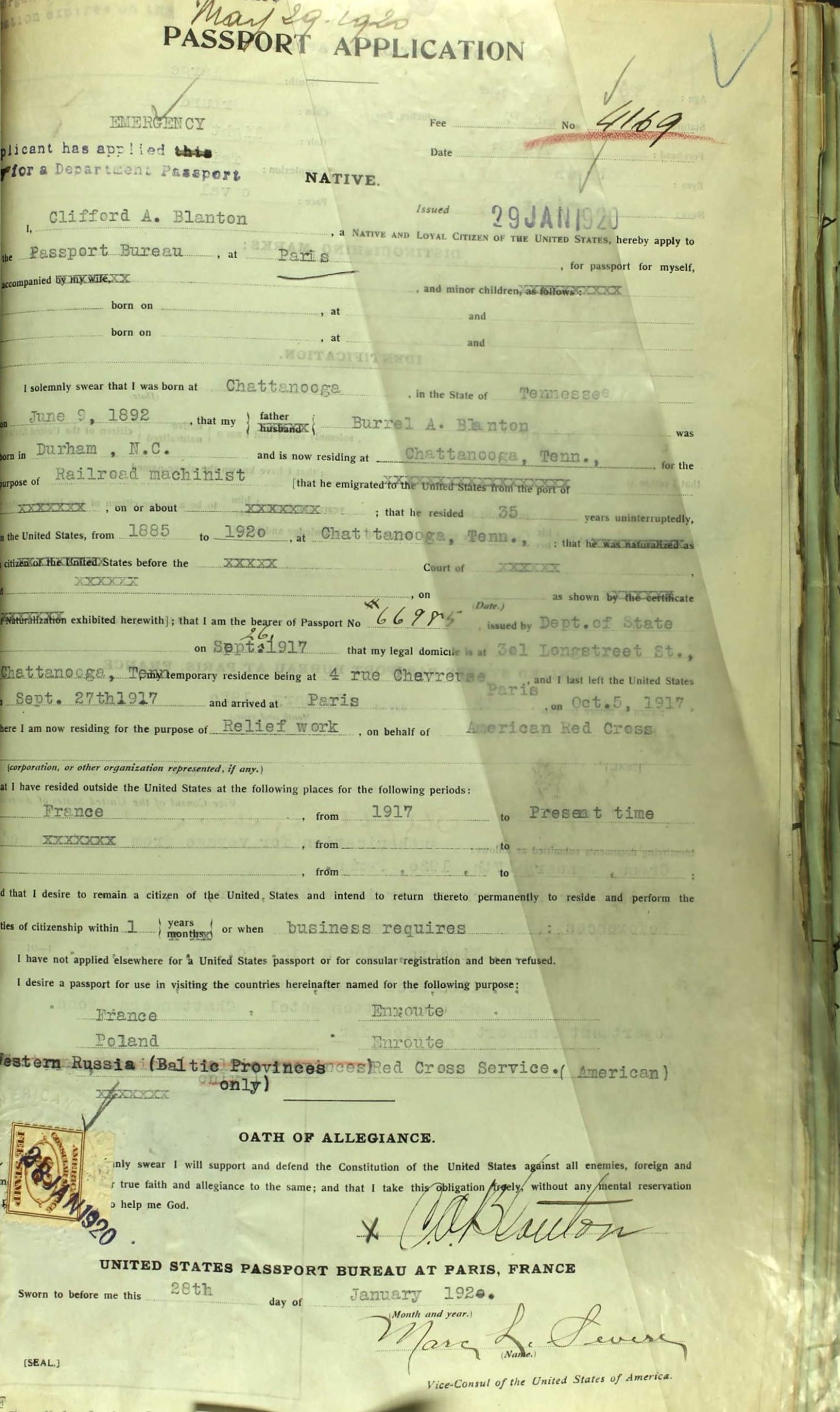 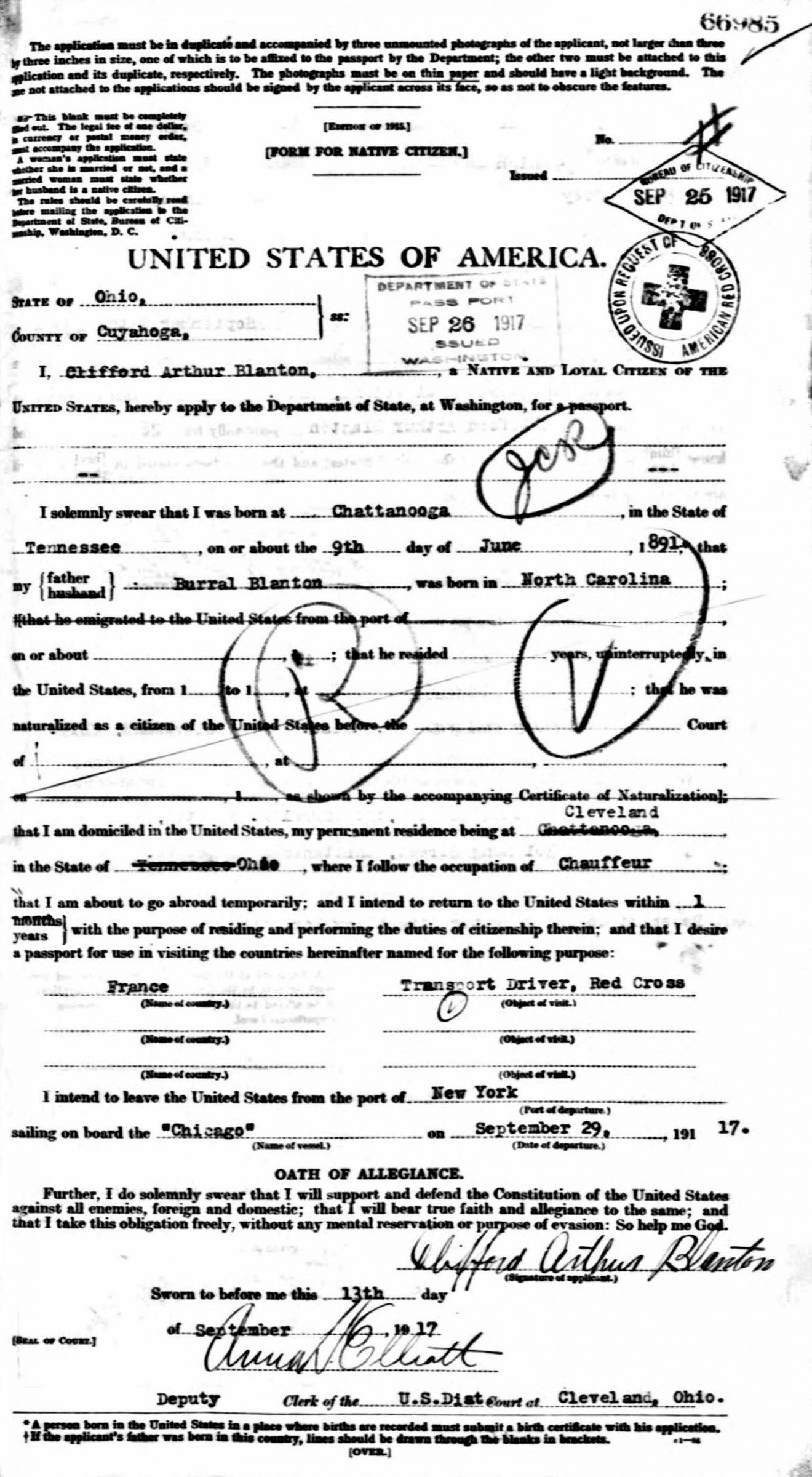 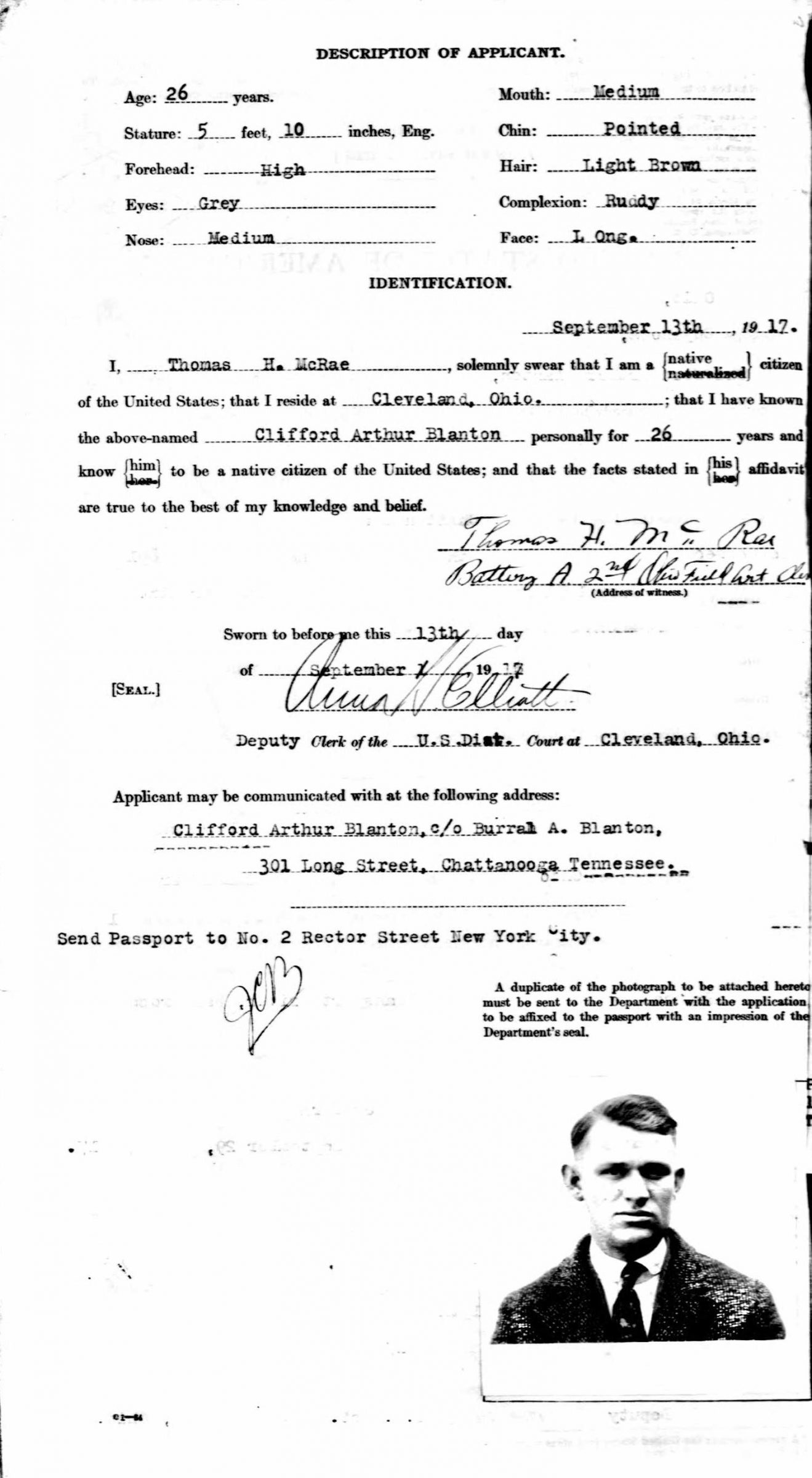 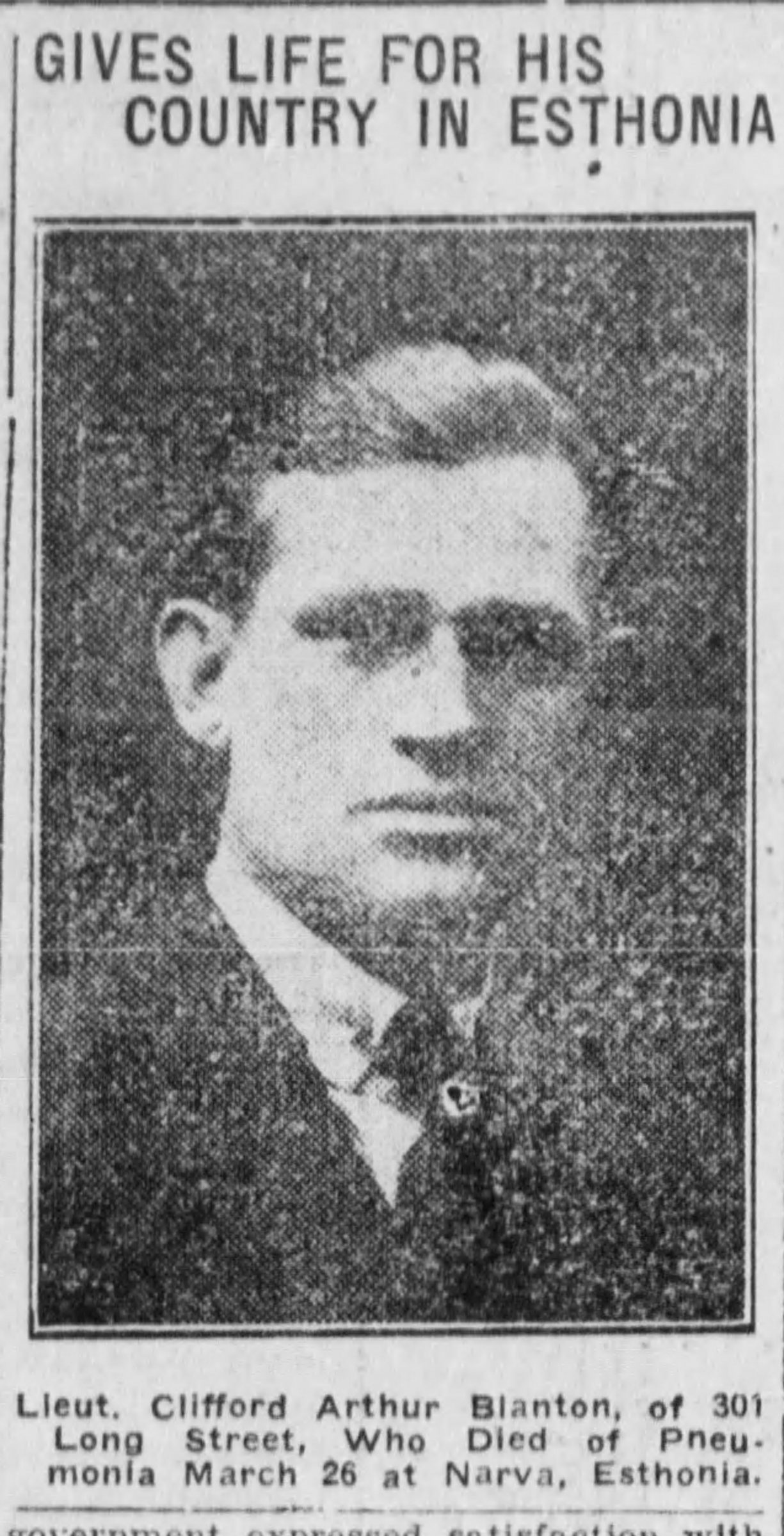