Lenoir City News, April 11, 1949
Taps sounded Sunday afternoon for Pvt. Cletis Radledge age 24, whose remains arrived here Saturday. Pvt. Ratledge died in Regionsburg, Germany, July 19, 1945. At the time of his death he was serving with the Army Signal Corps. Last rites were held from the First Baptist Church and interment was in the City Cemetery with members from the American Legion Post No. 70 in charge of services.
Surviving are half-brothers Junior and Herbert Ratledge and Robert Bates. Half-sister, Miss Marrie Ratledge. Pvt. Latledge is the son of the late Mr. and Mrs. Frank Ratledge. 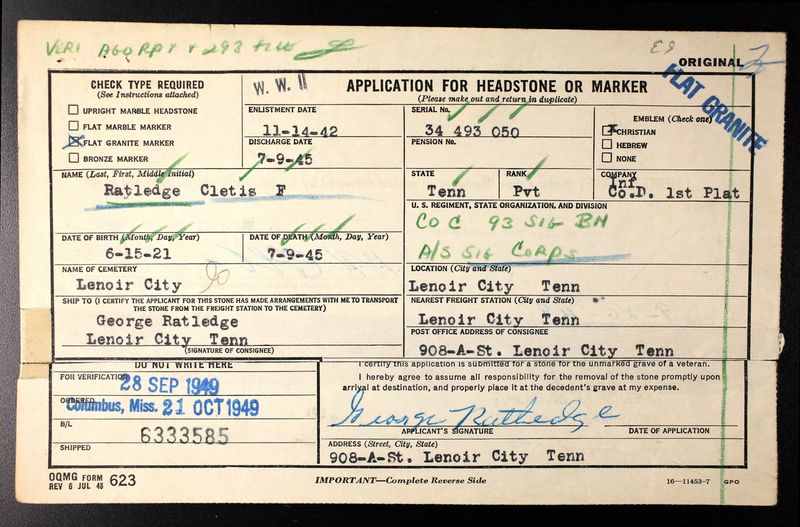 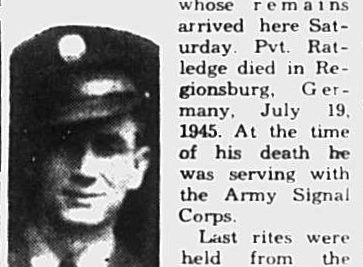 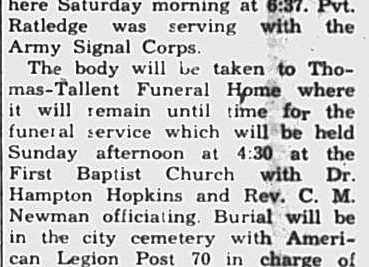