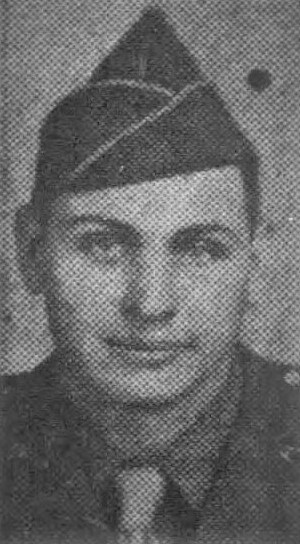 Cledith Brown was the son of William M. Brown and Sarah Jane Keller.

Private Cledith Brown was born on June 24, 1921. He worked as a mechanic before enlisting in the army on June 13, 1944, in Camp Shelby, Mississippi. He served in Company H, 345th Infantry. He died on February 28, 1945 and is buried in Knoxville National Cemetery (Section B, Site 5888). He was returned from Foy-Bastogne, Belgium

Picture below, Little Willa Dean Brown placed flowers on the grave of her father in 1950. 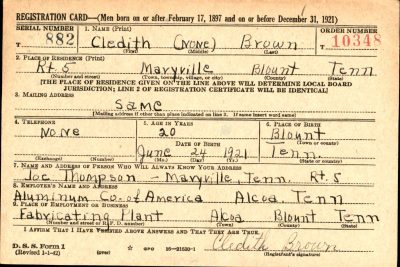 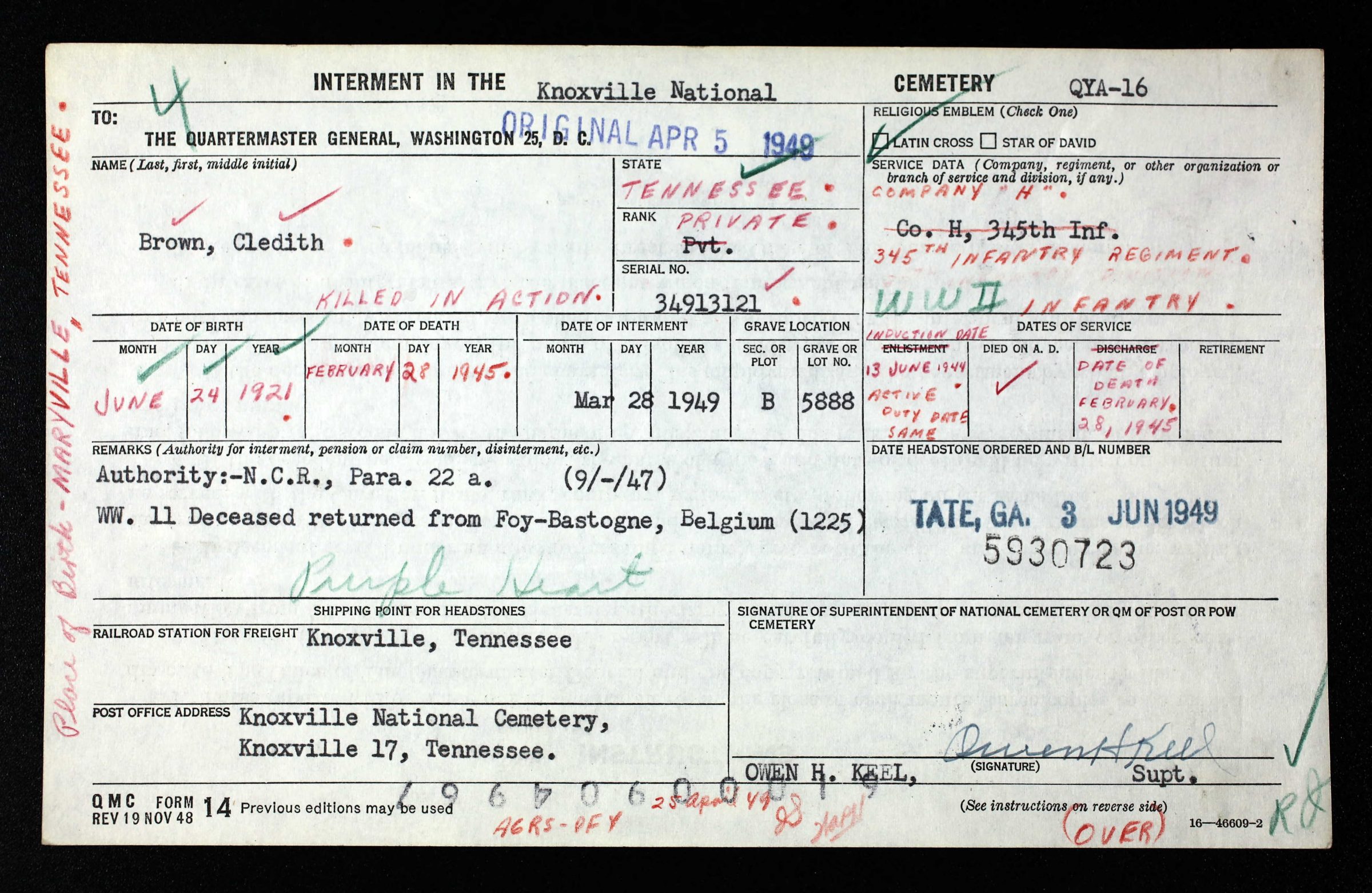 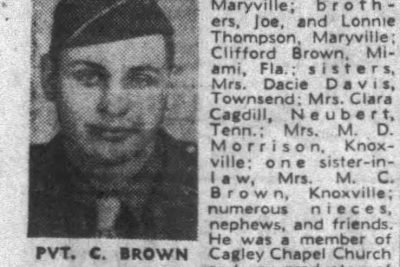 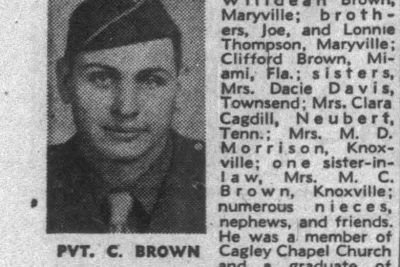 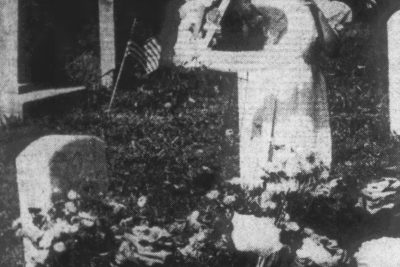 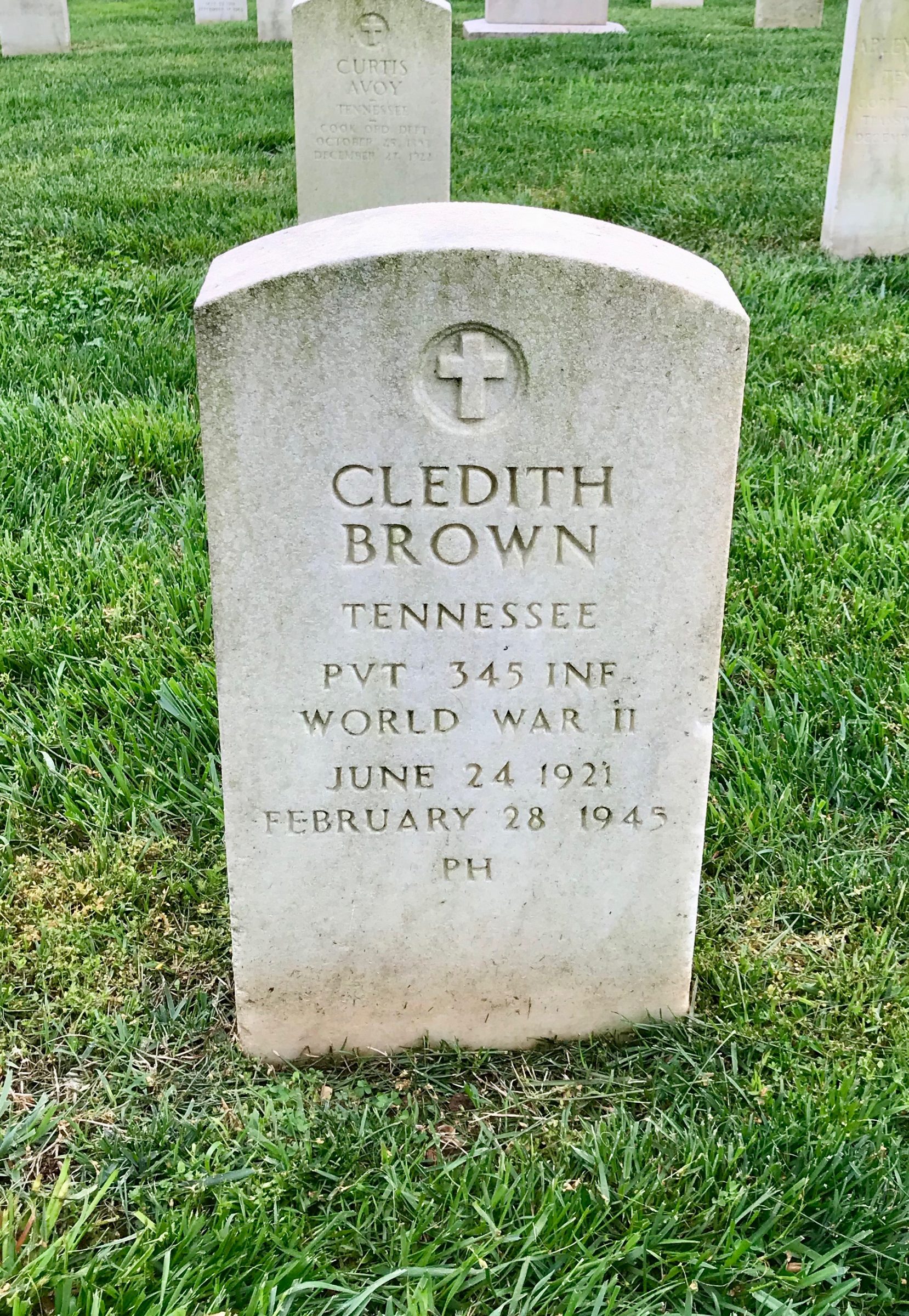