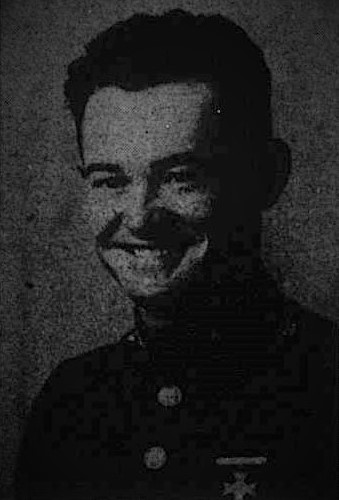 Crossville Chronicle, October 3 1946
Nashville, Tenn., Sept. 26, 1946 – Mrs. Edgar Robbins, 24 Open Range, Crossville, was awarded the Marine Corps Silver Star Medal posthumously for her son, Cpl. Clayton Robbins, by Captain James B. Carpenter Jr., USMC, Officer in Charge of Marine Corps recruiting in Tennessee, at her home, recently. The citation reads in part:
“For conspicuous gallantry and intrepidity while serving with Company A, First Bat., 26th Marines, 5th Marine Division during action against the enemy Japanese forces on 23 February, 1945. When his company suffered heavy casualties and corpsmen were unable to care for or evacuate the wounded under the blistering shellfire laid down by the fanatic Japanese, Corporal Robbins voluntarily risked his life in an attempt to cover the advance of the rescue party. Undaunted by the terrific barrage he seized his light machine gun and crawled steadily forward to an elevated area for training his devastating fire upon the enemy and, remaining steadfast in his exposed position, showered the Japanese with his deadly bullets while corpsmen and stretcher bearers brought four of the men to safety. Fatally struck down by hostile sniper’s bullet shortly thereafter, Corporal Robbins, by his daring initiative, oustanding fortitude and unselfish concern for others in the face of almost certain death, had contributed to the saving of many lives and upheld the highest traditions of the United States Naval Services. He gallantry gave his life in the service of his country. “
For the President /s/ James Forrestal, Secretary of the Navy. 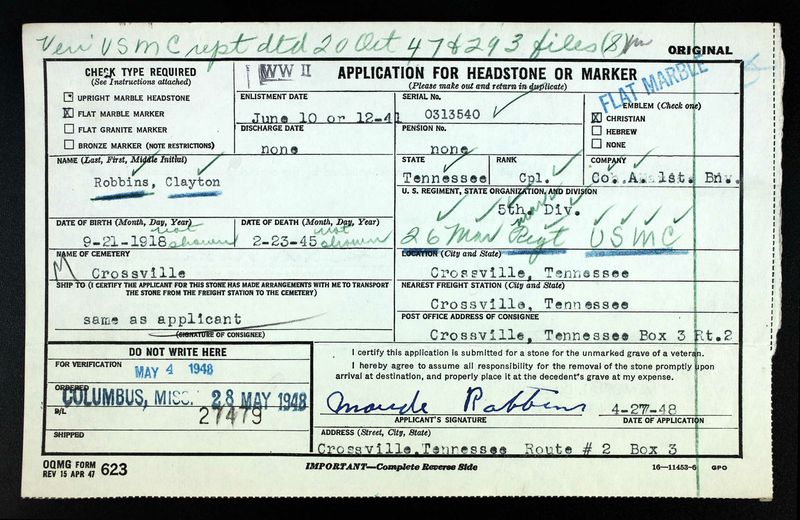