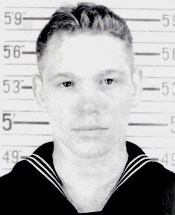 Claude William Roberts is memorialized on the Tablets of the Missing at Manila American Cemetery in the Philippines. He was officially declared dead on 10 January 1946. He served on the submarine the USS Capelin.

Motor Machinists Mate First Class Petty Officer was killed with all hands onboard the USS Capelin (SS-289) in December 1943 under the command of Commander Elliot E. Marshall. Her area was the Molukka and Celebes seas, and she was to pay particular attention to Kaoe Bay, Morotai Strait, Duvao Guld and Trade routes in the vicinity of Siaoe, Sangi, Talaud and Sarangani Islands. Capelin was never heard from again; Radio silence was broken in the attempt to reach her on 9 December, but without success. Capelin was lost without a trace or known cause in Celebes sea, or in Molukka passage or the Molukka sea, probably in December 1943. Enemy minefields are now known to have been placed in various positions along the North Coast of Celebes in Capelin’s area, and she may have been lost because of a mine explosion. USS Capelin (SS-289) was lost with 76 officers and men. 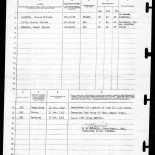 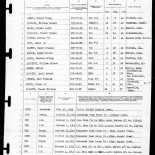 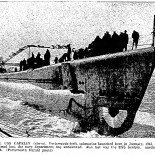