The Kingsport News, 28 September 1948.
The body of PFC Claude V. Hensley, who was killed in action in France, July 26, 1944 is scheduled to arrive in Kingsport at 2:35 p.m. Friday and will be met at the train by an honor guard of Dewitt Byrd Post, Veterans of Foreign Wars.
Private Hensley was a farmer before he entered the service August 21, 1943. He went overseas in May, 1944 and was a member of Company E, 253rd Infantry, 63rd Division.
Surviving are four brothers. T.R. Hensley, Kingsport: John D. and Robert D. Hensley, Gypsum, Ohio and Emmett Hensley, Blountville: and four sister, Mrs. Marshall Browder, Indian Springs; Mrs. Ray Bays, Kingsport; Mrs. Clay Grove and Miss Ruby Hensley, Blountville.
The body will remain at Huff Funeral Home until time for the funeral. 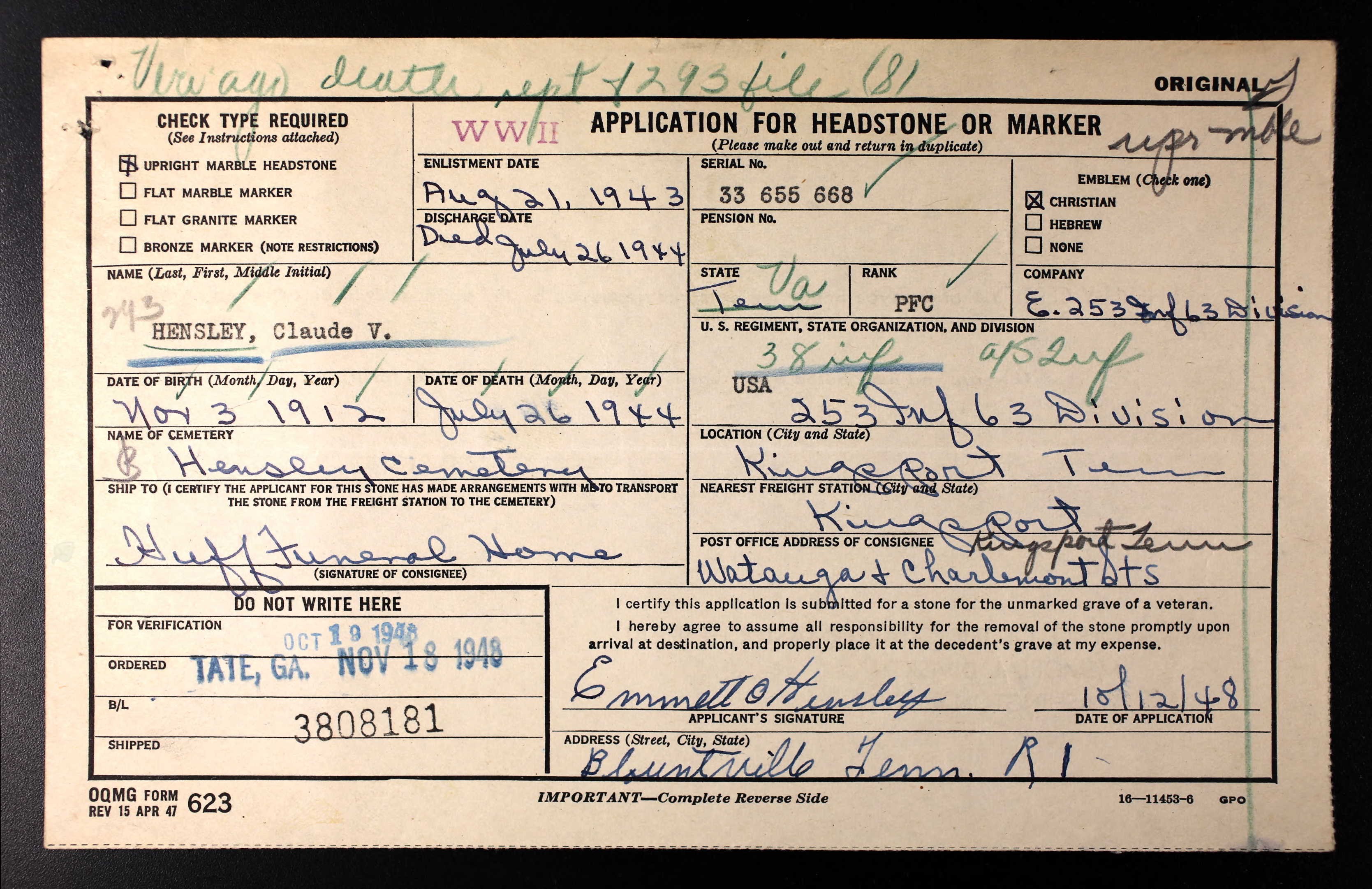