USS Rich, a 1400-ton Buckley class escort ship built at Bay City, Michigan, was commissioned at the beginning of October 1943. She shook down off Bermuda and served on escort and patrol duties off the U.S. East Coast until February 1944, when she began the first of three roundtrip trans-Atlantic voyages as a convoy escort. In May Rich joined the forces preparing for the invasion of Normandy. On D-Day, 6 June 1944 and the two days following, she screened naval gunfire support ships off Utah Beach. On the morning of 8 June, while offering assistance to the mine-damaged destroyer Glennon, she hit two more German mines. One blew off her stern while the other exploded under her hull forward of amidships. Her back broken, USS Rich quickly sank. Ninety of her crew were lost with her, and over seventy were wounded.
Parents: Mr. and Mrs. Enos Monroe McInturff, Rt 1, Box 20, Unicoi, TN 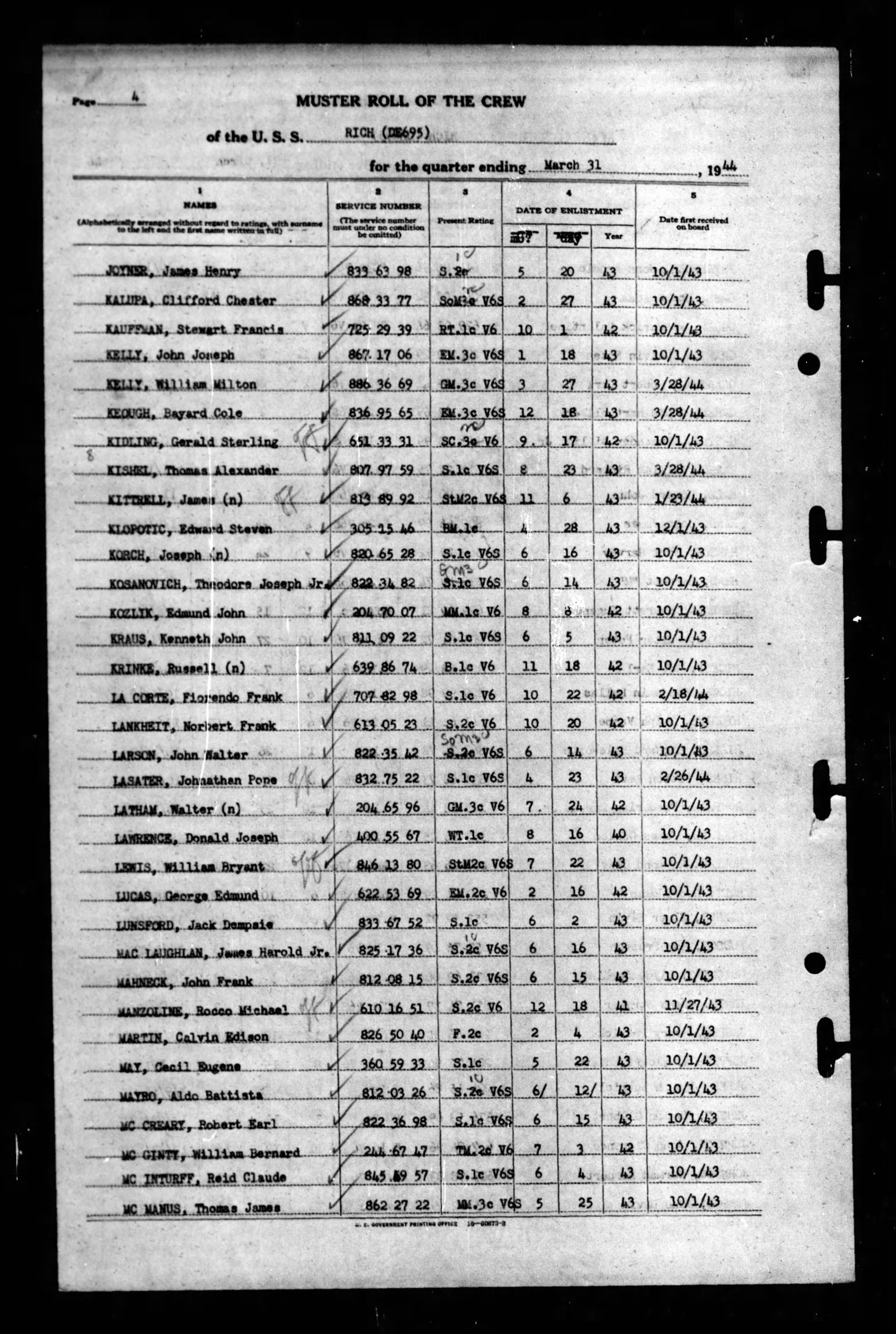