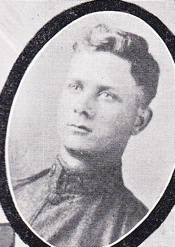 Private Claude Leon Mingle was born July 20, 1895, in Maryville, TN. Prior to the war, he was married and was working as a machinist in Knoxville. Private Mingle was a member of the 117th regiment, under Col Cary F. Spence. He was a son of Mr. and Mrs. J.A. Mingle, residing on the Middlebrook pike. Private Mingle married Miss Ruby Vineyard, daughter of Mr. and Mrs. W.A. Vineyard, of Forestdale. The papers and other things taken from his pockets by a comrade were sent to his relatives. Private Mingle was an employee of the Wm. J. Oliver plant before he enlisted for service in the army.

Claude L. Mingle volunteered his services to the U.S. Army April 16, 1917, as a member of Company D, 117th Infantry. Later transferred to Machine Gun Company and Supply Company of the same regiment. Prior to sailing for France on May 11, 1918, was stationed at Camp Sevier, SC, for military training. Took part in the Ypres Defensive and on September 29, 1918, while on the Hindenburg Line near Bellicourt was killed in action. Cited in special orders of 30th Division Headquarters dated December 10, 1918, for conspicuous bravery (see below). He is buried at Somme American Cemetery, Picardie, France, plot A, row 21, grave 5.

The President of the United States of America, authorized by Act of Congress, July 9, 1918, takes pride in presenting the Distinguished Service Cross Posthumously to Private Claude L. Mingle ASN 1306628, United States Army, for extraordinary heroism in action while serving with Machine-Gun Company, 117th Infantry Regiment, 30th Division, A.E.F., near Bellicourt, France, 29 September 1918. When enemy machine guns suddenly opened fire on both flanks of his platoon, Private Mingle bravely refused to take cover, but delivered effective rifle fire on the enemy, putting out of action one of the machine guns before he was mortally wounded. War Department, General Orders No. 37 1919

Papers taken from the pockets of Private C.L. Mingle, who was recently killed in France, have been forwarded to his widow by Sig F. Coupland, of the Australian Expeditionary Forces, who found the body on the battlefield.
Following is the letter Mrs. Mingle received from Private Coupland:
“You will no doubt be surprised to have a few lines from me. I felt it my duty to inform you of how your husband met his death, although it grieves me to have to do the same. It was on Sunday, September 29, while the Americans did most excellent work and then opened out to let us through. It was while doing this that I came across your husband, lying dead. He was wounded in the stomach and must have died almost instantly. I took his letters and papers off him an am sending them along with this letter. The American Red Cross was over the battleground later on, so you can rest assured that he will get a decent burial, of which the military authorities no doubt will inform you. As to where he was buried, I am not allowed to mention names or places, as perhaps you are aware, but that it what our authorities do in similar cases.”
–The Journal and Tribune, Knoxville, Tennessee, Sunday, November 10, 1918.

My grandmother Minnie Mingle Floyd was Claude Mingle’s sister. My father Sargent Major Thomas Courtney US army ret. Is his nephew. Tom is a combat veteran of the Korean war and 3 combat tours in Vietnam. Earning the silver star 5 bronze stars and six purple hearts. He is 85 and lives in Georgia.
–Submitted by John Courtney 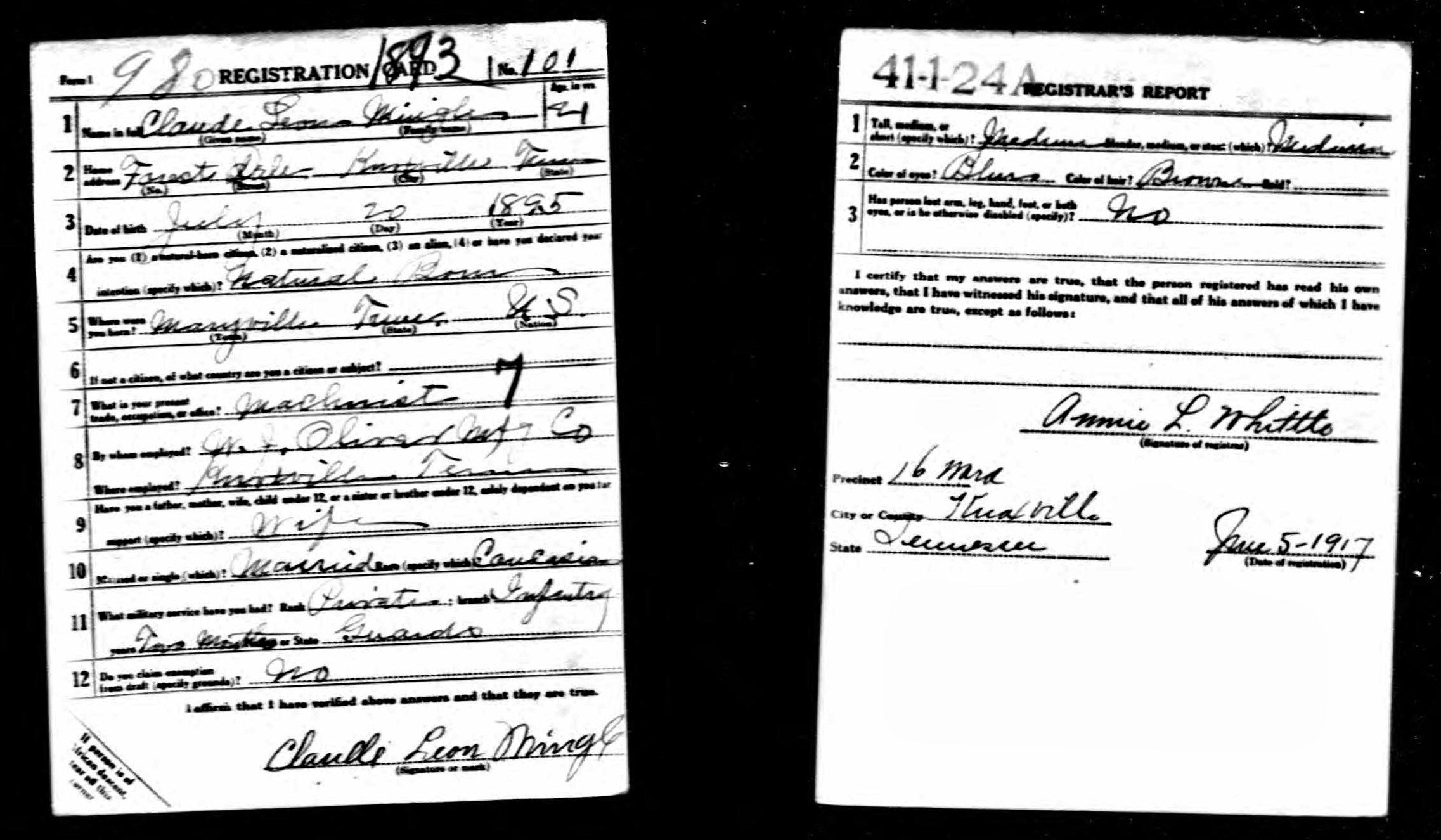 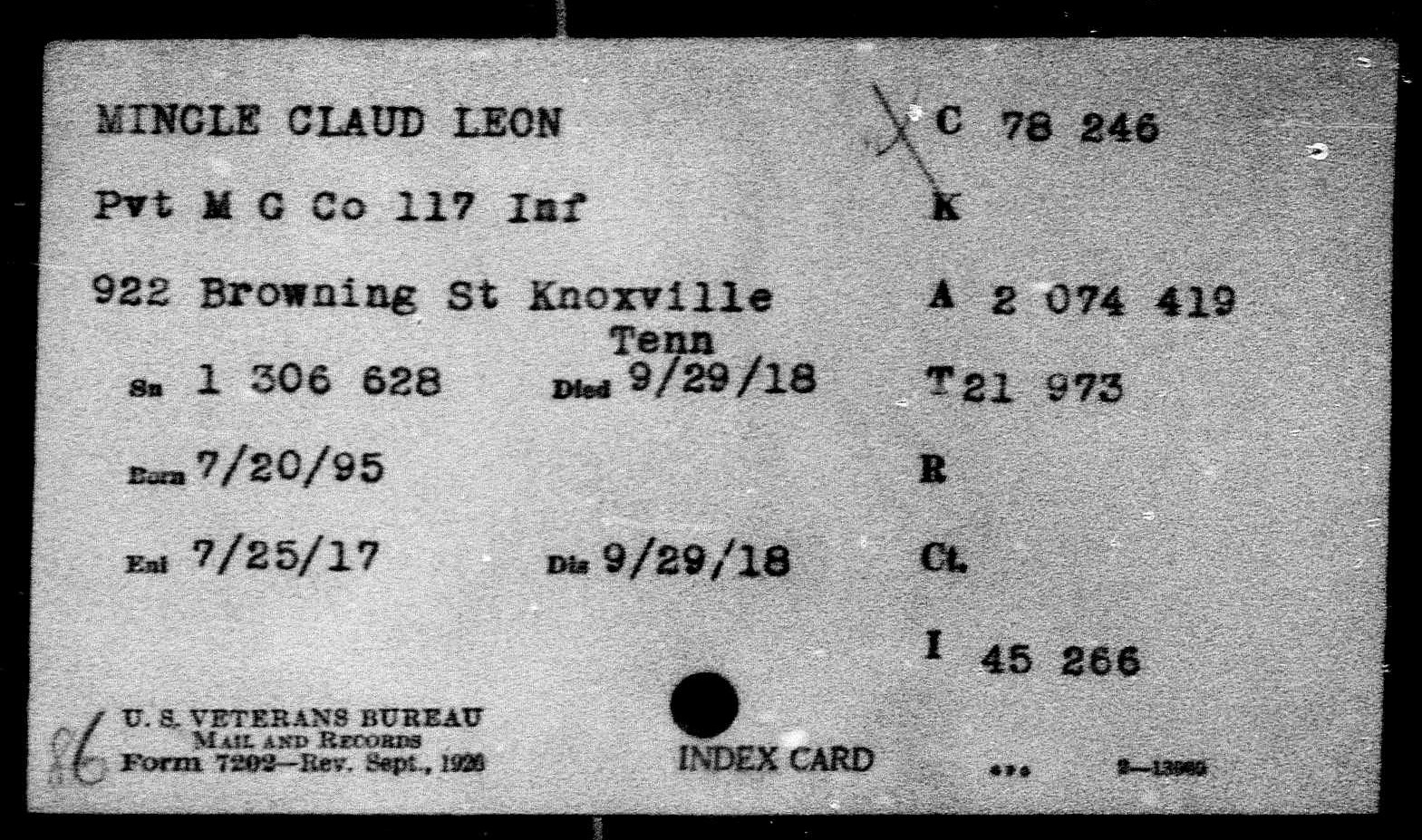 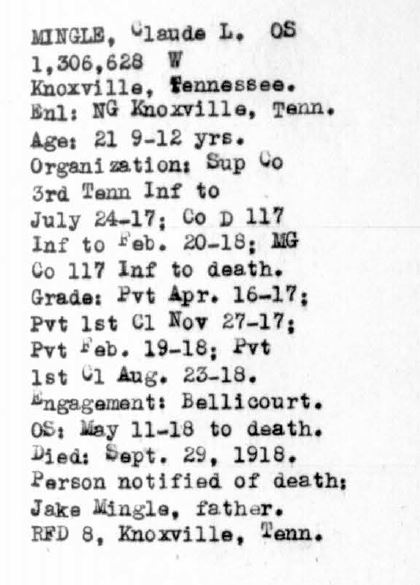 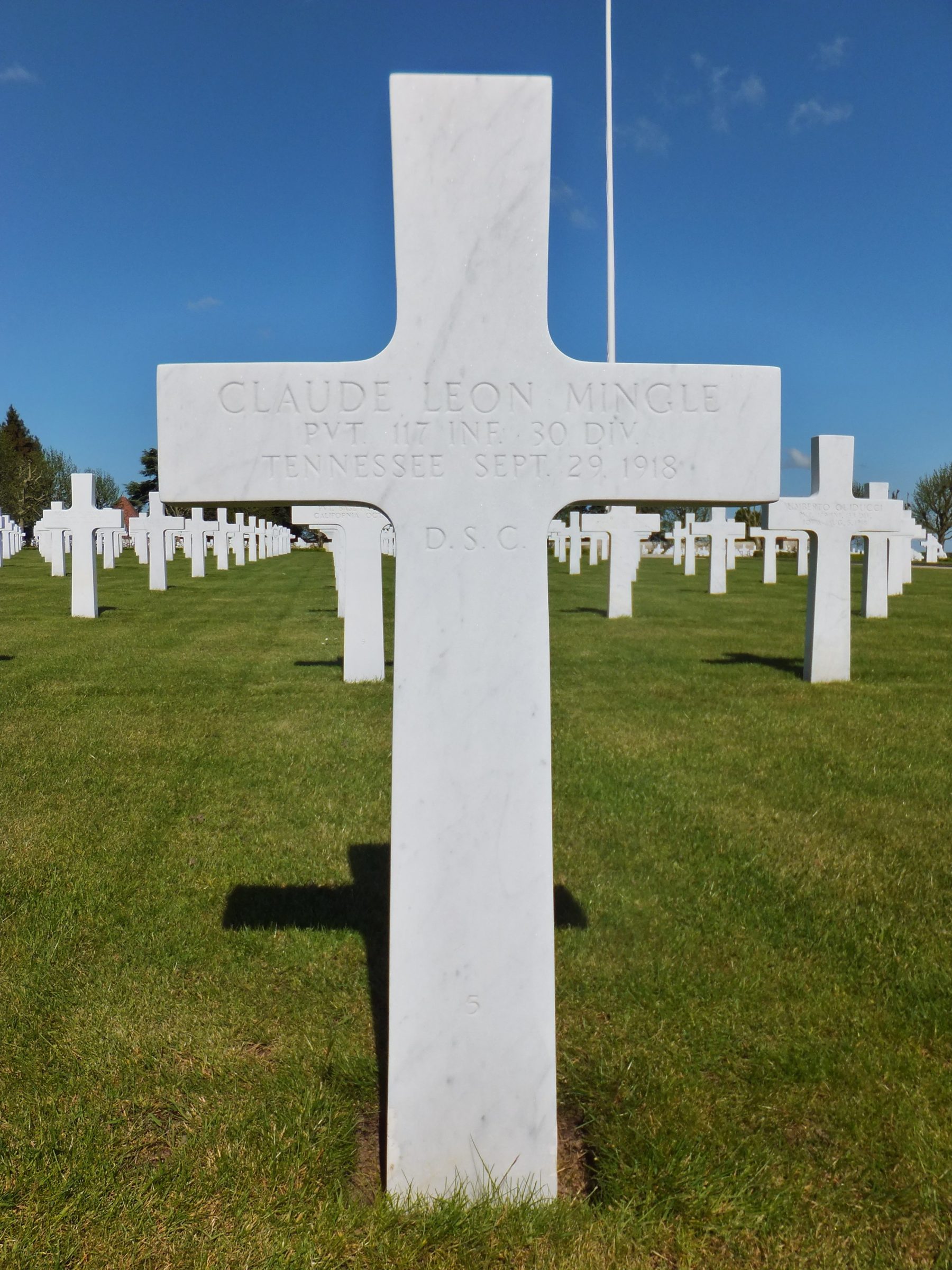