Claude was born on 12 September 1897 in Montgomery, Montgomery County, Texas, but he called Johnson City, Washington County Tennessee home. He enlisted in the United States Army on 21 June 1916 at the National Guard Armory in Johnson City with service number 1308078. Claude was assigned to Company F, 3rd Infantry Tennessee National Guard. The 3rd later became Company F, 117th Infantry Regiment, 30th Division, the “Old Hickory” Division when they were activated for active duty during the Great War, World War I.

Claude was assigned the duties of Mechanic on 28 July 1917, still with Company F, 117th. He arrived France with them on 11 May 1918. During the Somme Offensive at Bellicourt – The Hindenburg Line, France, Claude was seriously wounded. He died of those wounds that same day on 29 September 1918. Claude was 29 years old and participated in Ypres-Lys Offensive in Belgium prior to the Somme Offensive. He’s interred all alone under a tree on the bank of West Fork Sugar Creek over looking the old swimming hole in Leoma, Lawrence County, Tennessee. 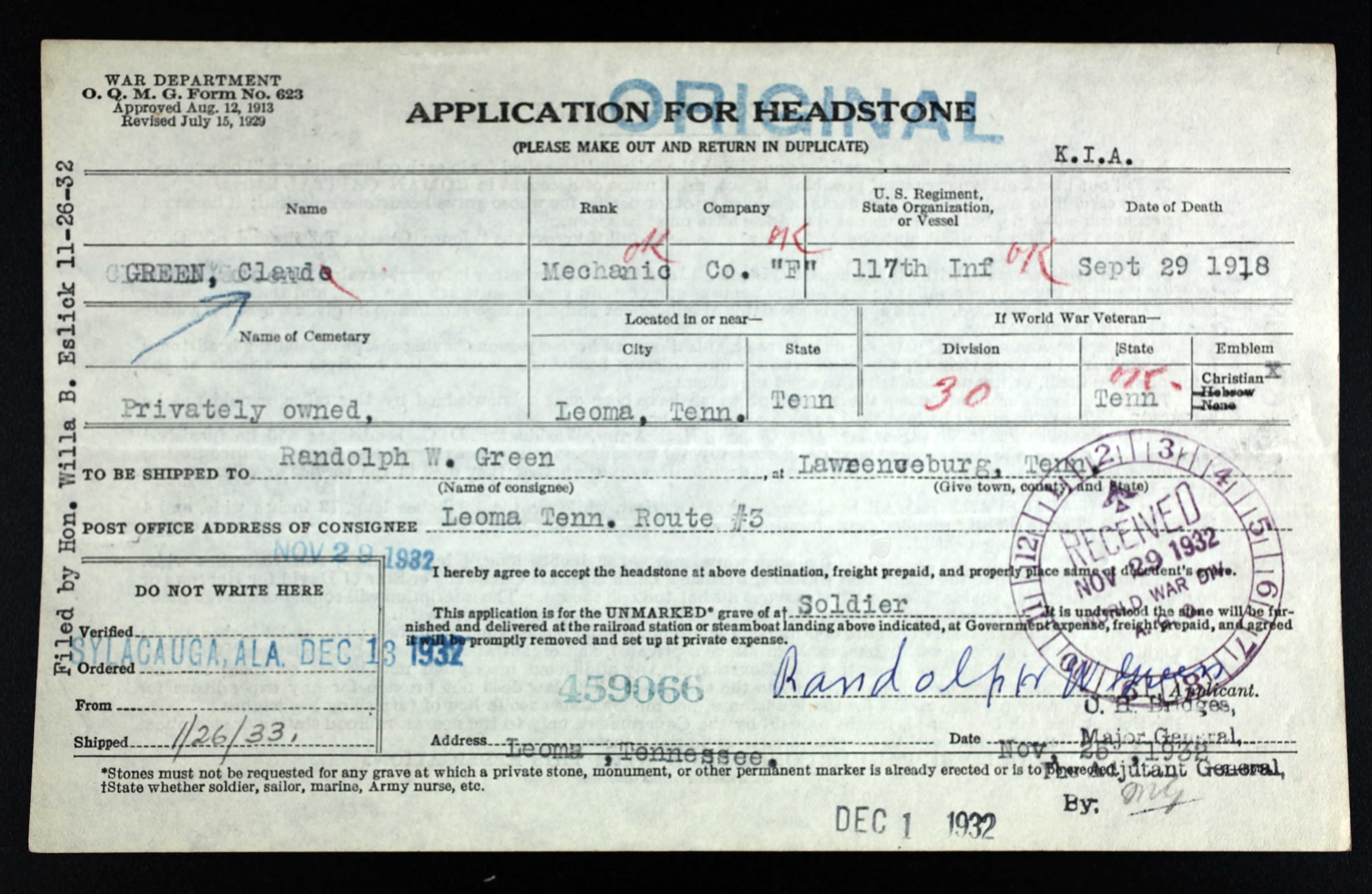 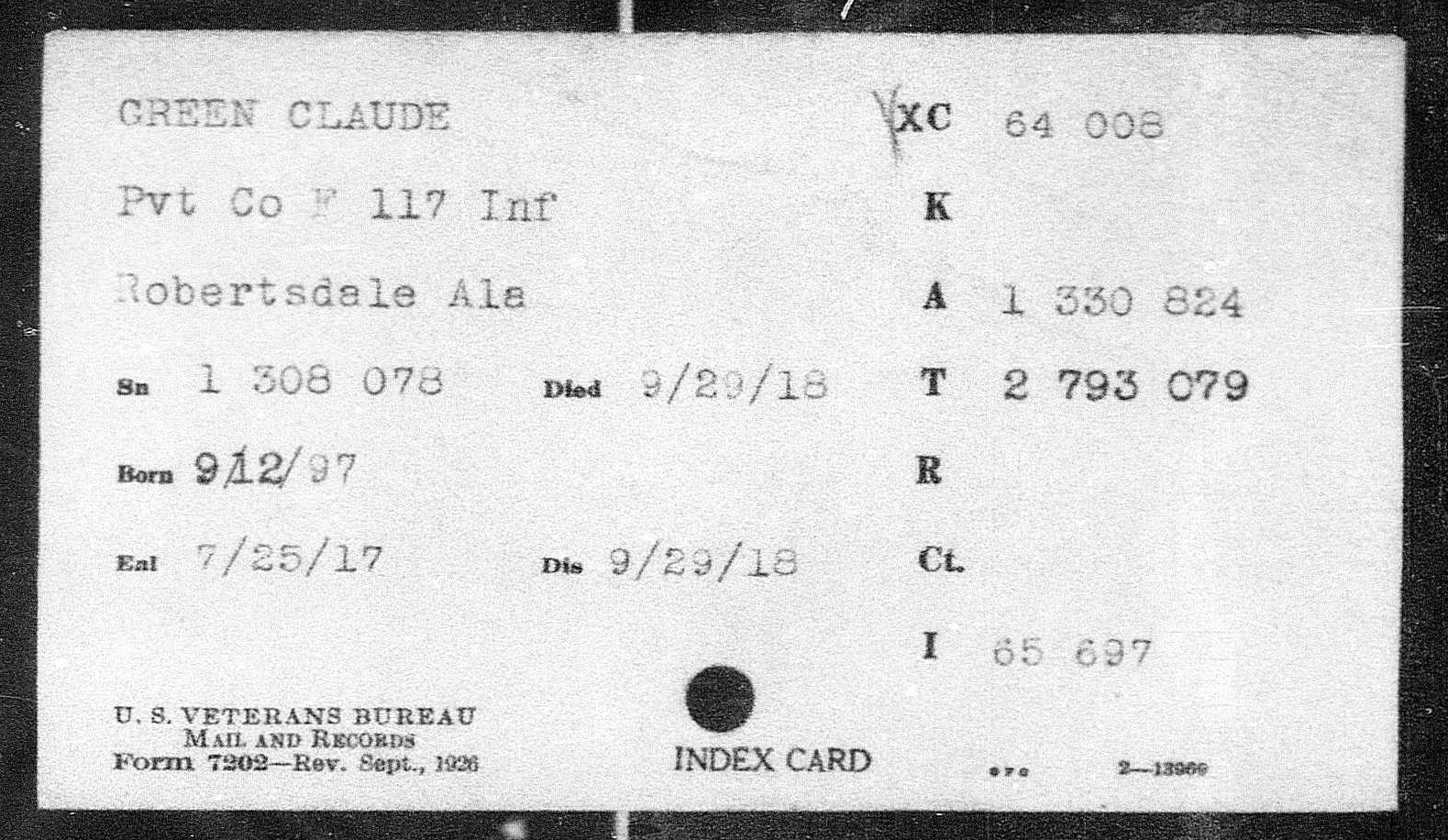 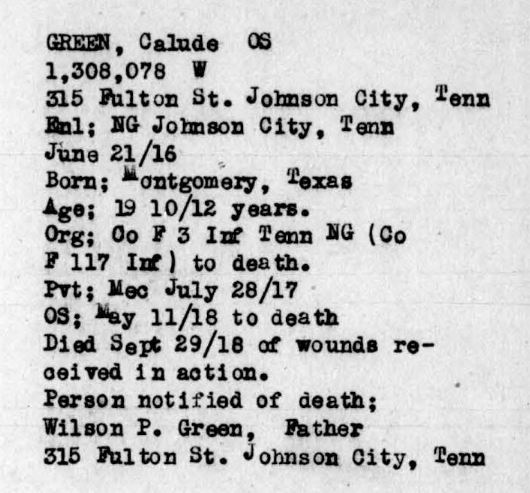