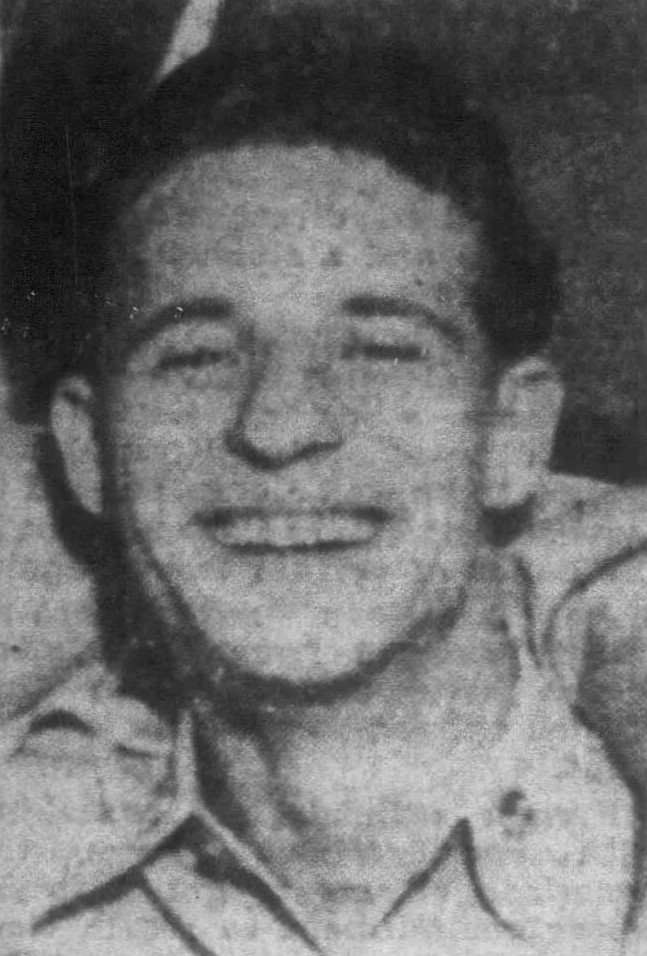 Private Moore was a member of Company D, 1st Battalion, 34th Infantry Regiment, 24th Infantry Division. He was taken Prisoner of War while fighting the enemy in South Korea on August 6, 1950. He was reportedly murdered in a tunnel near Sunchon, North Korea on October 20, 1950. His remains were not recovered. His name is inscribed on the Courts of the Missing at the Honolulu Memorial.

TheChattanooga Sunday Times, September 17, 1950
Reported missing in action is Pvt. Claude Fuller Moore jr., 21, son of Mr. and Mrs. Claude F. Moore Sr. of 2917 Rossville Boulevard.  His aunt is Mrs. Lorna Mullins of the same address. Youn Moore began his army  career at the age of 14, his father said. He served for four years during World War II and was out fora bout 90 days after the war. He has been missing since Aug. 6, the War Department advised his family. He was formerly employed by the Keener Dental Supply Company.  The Carter youth enlisted in the army here 18 months ago. He served in the national guard for two years before going into active service. A former student at Central High School, he has been nissing since Sept. 3, his mother said. He landed with his  outfit in Korea on Aug. 25, his mother said, and went into the front Lines on the next day. 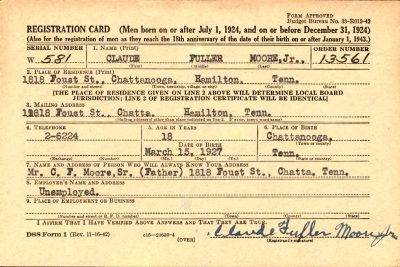